Things You Need to Know About The Dating Scene in Greece 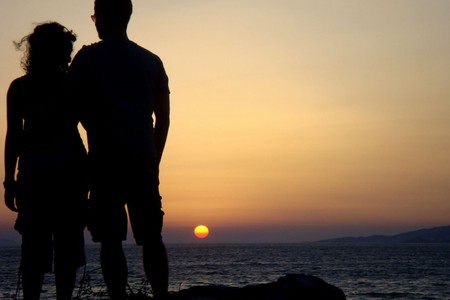 Dating is hard. Sometimes it seems the rules change constantly. “Call him right away.” “Wait three days before texting her.” And so on. It’s even harder when you’re in a foreign country. If you just moved to Greece, here are a few things to know about the dating scene in Greece.

Greeks have a thing for foreigners

While Greece may not be the most diverse nation in Europe, it is not rare to see mixed couples in the streets (i.e., a Greek with a non-Greek), because Greeks, whether men or women, have a thing for foreigners. It may be the accent or the way of thinking, the exotic looks, who knows? If you find yourself in a bar, you will see that Greek men will more spontaneously come and talk to a foreigner than they would with a Greek woman. The courtship that ensues is usually filled with compliments and praises about your accent, beauty or even your homeland. 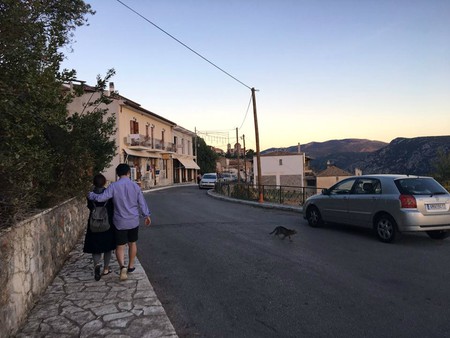 A couple in Delphi | © Corena Hasselle/flickr

Gender roles are still quite rigid

Despite all the talks about gender equality, Greek men want a woman that cooks, takes care of them and their children and doesn’t earn more than he does. In the same manner, Greek women love to be wooed and taken care of, and they dress, talk and act accordingly. Of course, there are exceptions, but this is a big standard in Greece.

After a few dates in, you may have the privilege of meeting the parea, your date’s BFFs. In Greece, the parea is as important as family, and they are usually a mix (of either sex) of childhood friends, university pals and/or colleagues. Getting the approval of the parea is crucial; it determines the course of your relationship. 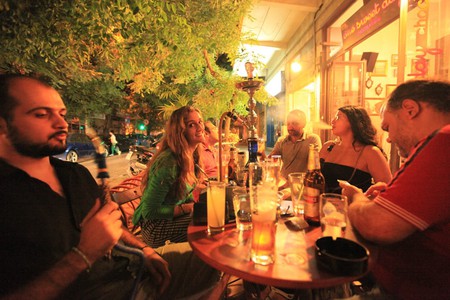 Your date may still be living with his/her parents

Even before the financial crisis that hit the country, Greeks have always lived with their parents until a later age than the rest of Europe. Parents, and especially mothers, are quite present in people’s lives. It might require a few adjustments on your part when things get heated between the two of you. 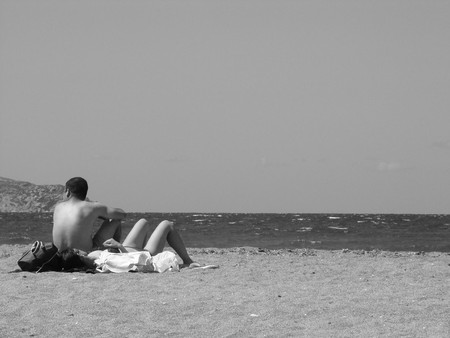 It’s perfectly okay to use Tinder

Online dating has changed the dating game; some would say for the worse, others for the best. Regardless of that, Tinder and all the other dating apps are also in use in Greece. Whether you are looking for a hookup or something else, you will find a bit of everything on Tinder, just like anywhere else.

Being social as they are, Greeks also use Facebook as a way to get in contact with people. Whether you have friends in common or not, you will receive friend requests from strangers who may have randomly found your profile. Usually harmless, this is another way Greeks use Facebook to meet new people with common interests. 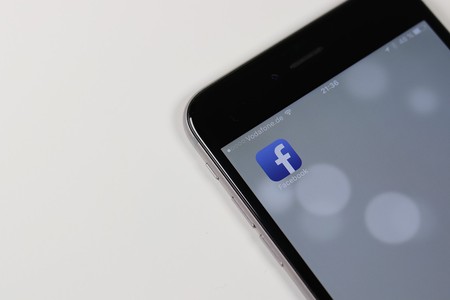 But sometimes, meeting people may be harder than you expect

Even if you are here long term, meeting people may not be easy peasy. Sometimes, life gets in the way and there just isn’t much time to go out and be social. Despite the fact that Greeks love to go out for coffee or drinks, they usually go out in groups (the legendary parea again), which make meeting new people harder. But don’t despair, be social. Don’t be afraid to mingle. Join a gym. Get out of the house, you may stumble upon your Greek god or goddess in the most random place. And even if it turns out to be a simple friendship, you will quickly see that it was worth it.