The Top 8 Things To Do and See in Rethymno, Crete

Rethymno is the third largest city of Crete and is one of the most beautiful cities in Greece, attracting various tourists during the summer period. With a history of more than 4500 years and a cultural identity shaped through the Minoan, the Hellenistic, the Roman and the Byzantine years, this place has so many stories to tell. Here we present some of the best sights and activities in Rethymno. 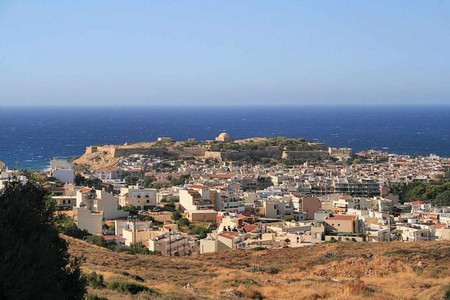 The 1st Elementary School of Rethymno is the oldest school building of the city of Rethymno and it is also called Turkish School, as it was established in 1795 as a women’s Ottoman school. Here you will admire two impressive sculptures of lions, as well as the decorative symbols of the Ottoman empire.

The Holy Monastery of Arkadi is one of the most important and historic monasteries of Greece’s largest island, Crete. It is located 23 km away from the city of Rethymno, on a strategic point northwest of the mount Idi. It was established during the 5th century and became world widely known due to its participation in the struggle against the Turkish occupation, with the sacrifice of its defendants on the 8th of November 1866 considered a highlight of the war. UNESCO has recognized the monastery as a European Monument of Freedom because of this event. 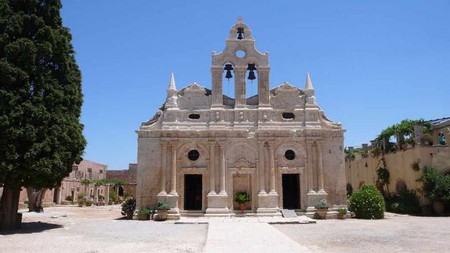 The Venetian castle of Fortezza is a unique monument dominating on the hill of Palaiokastro, in the heart of the city and is regarded as a landmark of Rethymno. The construction of the castle started in 1571, when the need for protection against the pirates of the Aegean became urgent. It includes a number of well maintained buildings, a church, a hospital, shelters, as well as residencies. Fortezza hosts cultural events every summer that attract numerous locals and tourists.

The mountains of Rethymno host about 800 caves of special archaeological and folkloric interest. Idaion Antron is the cave where, according to the Greek mythology, Zeus was raised by Amaltheia. It used to be a place of worship, according to the golden jewelry, ceramics and various metal objects that were discovered there. The cave of Agios Antonios in Patso is wonderful and includes the homonymous church, the church Sfentoni in Zoniana impresses with its 14 corridors and the countless stalactites and stalagmites, while the cave of Melidonio was once place of worship of the god Hermes and was the place of sacrifice of the residents of Melidonio, whose bones are still to be seen inside the cave. 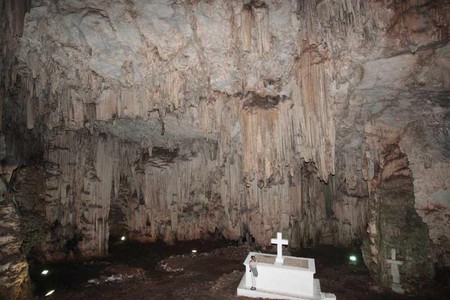 Museum
Facebook
Email
Twitter
Pinterest
Copy link
Share
Map View
Located in front of Fortezza’s central gate, the Archaeological Museum of Rethymno was established in 1887. It hosts a rich collection of findings, from vessels, tools, weapons and ceramics to idols, coins, sculptures and jewelry, which date back to the Minoan, the Classical, the Hellenistic and the Roman period. The museum is open from 8.30 am until 3 pm, every day except for Mondays.
Open In Google Maps
Αγ. Φραγκίσκου, Rethymno, 741 00, Greece
Visit Website
Give us feedback

We would be remiss not to mention the numerous sandy beaches of Rethymno, on both its north and south side. The organized beach of Rethymno is a 12-kilometer long sandy beach that starts from the city of Rethymno and ends in the area of Skaleta. Friends of water sports must visit the organized beach of Plakias, about 40 kilometers away from Rethymno. Platanes is suggested for a quick swim, just a breath away from Rethymno, while the isolated beach of Triopetra, about 50 kilometers south of Rethymno will offer you valuable moments of peace and relaxation. 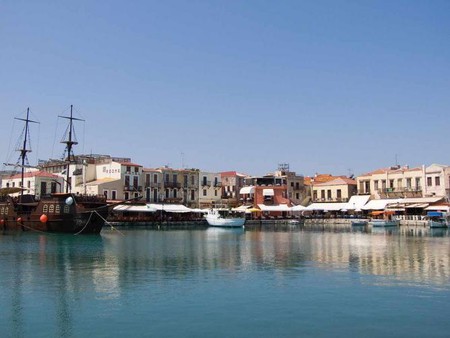 Rethymno is among the most popular carnival destinations in Greece through the last century. During the carnival period the locals create a magical atmosphere and turn the central streets into an endless party. The heart of the carnival events is the Hidden Treasure Game, which is organized with the participation of about 70 teams, as well as the large parade, the dances and the parties.

The old city of Rethymno is the result of the fusion of the eastern Turkish elements with the Venetian architecture of the Renaissance. The visitor passes by a number of Venetian and Turkish sights, temples and public buildings. The atmosphere of the old city and its narrow streets narrates the rich history of the place in a fascinating way.