The Story Behind "Greek Foot": The Medical Phenomenon in Grecian Artwork 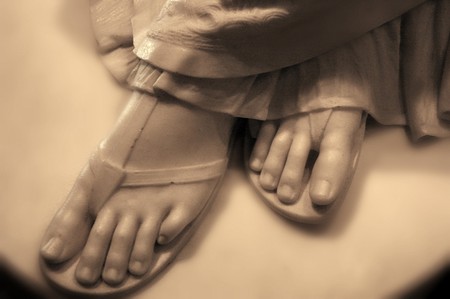 If you observe the feet of statues from ancient Greece, you will quickly see that they all had what is called a ‘Greek foot’; that is, when the second toe is larger than the big toe. This condition is medically known as the Morton’s toe, and is ubiquitous in every form of art in ancient Greece. But why is that? Here is the story behind the Greek foot.

Commonly found in paintings and sculpture, the Greek foot is a condition that was diagnosed by orthopedic surgeon Dudley J. Morton (1884–1960) in the early 20th century as Morton’s toe. In ancient Greece, it was considered pleasant and aesthetically appealing. From the Venus de Milo to Roman statues (many of which were copies of Greek originals) to Michelangelo’s David, many famous works of art display this orthopedic characteristic. 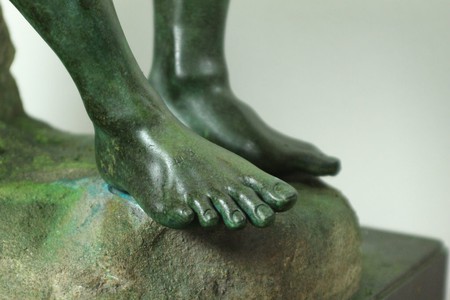 Thousands of years before the Greeks, the Egyptians — who were faithful to the idea of representing perfect measurements in everything — depicted what is called the Egyptian foot. In this, the big toe is the longest and the remaining toes taper down to shortest. So why did the ancient Greeks prefer things differently? Was it a common feature back then? Did they have a foot fetish?

While many speculate that the Greek foot is indeed more common among Greeks, it seems that a simple explanation lies in the interest that ancient Greeks had for the Golden Ratio. This geometric concept is expressed in nature in the veins of leaves or in the geometry of crystals. Studied and used in ancient times, it is said to have been used in some aspects of the Acropolis’ design. Mathematician Euclid (4th—3rd century BCE) is credited to be the first to talk about the Golden Ratio, and the divine proportions have fascinated scholars for centuries since then, and were even the subject of 16th century Italian mathematician Luca Pacioli’s book De divina proportione. Thought to equate to harmony, balance and aesthetic perfection, the Golden Ratio has been applied in many fields and disciplines such as art, architecture and even financial markets.

The trait is now present in 20 to 30% of the world’s population. And while the Greek foot may have represented an ideal of beauty in ancient times, it is far from a divine trait. It is actually thought to cause various musculoskeletal issues that often require appropriate care. So much for society’s beauty standards. 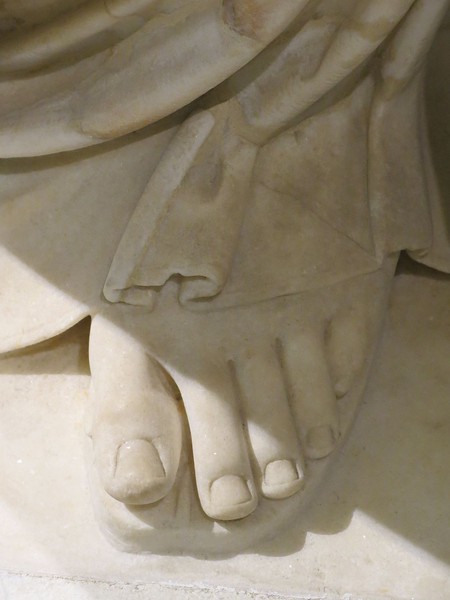 Close-up of the foot of the Venus of Arles, Louvre Museum, Paris, France | © Tangopaso/WikiCommons
Give us feedback