The Most Haunted Places in Greece

First Cemetery of Athens, Greece | © Tilemahos Efthimiadis/Flickr
Greece has its fair share of hair-raising, spooky places locals believe to be home to the supernatural. Hoax or real, there is no denying that there is something eerie about these haunted places throughout the country.

In Penteli, Athens’ second highest mountain, the Davelis Cave (or Penteli’s Cave) was a place of worship of Pan and the nymphs since antiquity. During the Middle Ages, Christian hermits came here and even built a church at the cave entrance. Even in the 20th century, it was associated with occultism, as paranormal activity was frequently reported there, such as black magic rituals, appearance of fantastic creatures and ghosts, and even UFO sightings. 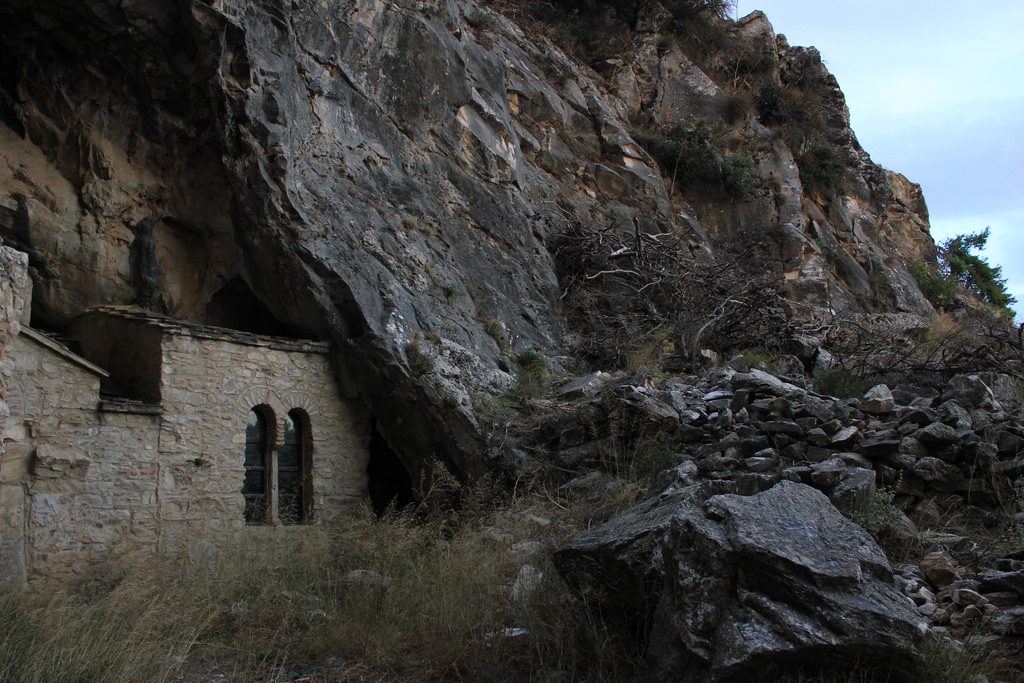 In the quiet village of Ano Lehonia, a beautiful neoclassical mansion built in 1900 for Russian ambassador Nikolas Kontos is thought to be haunted. Legends surrounding the house include the strange deaths of the Kontos children, who were poisoned by a dead lizard that fell into the milk jug. In 1941, the house served as the Nazi headquarters in Greece, and many Greek rebels were tortured and killed in the basement; their souls are said to be trapped there, and at night, strange noises can be heard and silhouettes seen by the windows.

The splendid island of Crete is known for its many Minoan palaces, stunning nature, and beautiful beaches, but it also has its share of creepy stories. One allegedly haunted spot is Frangocastello, a castle in the south coast of Crete. Frangocastello is thought to be haunted by Drosoulites, ghosts of Cretan soldiers who fought at the fortress against Turks during the War of Independence. People report human-like shadows at the nearby beach, while other visitors claim to see these figures making their way to the castle; kidnappings and other inexplicable things have been reported, too. According to legend, the dead soldiers haunt the castle and the surroundings because they never received a proper burial. 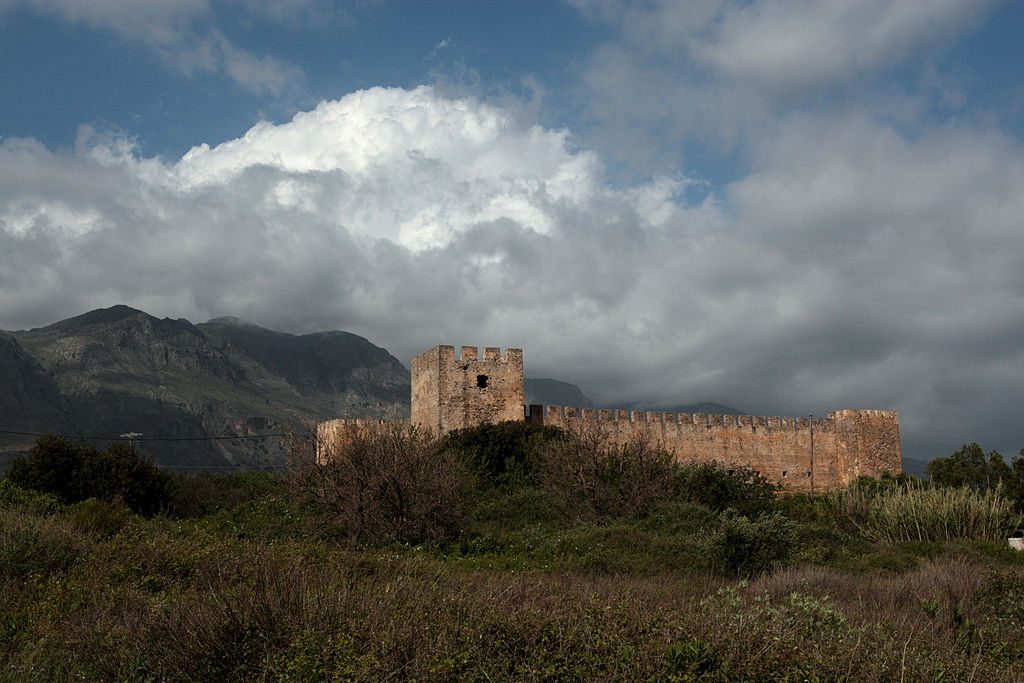 The Well of Souls

The Well of Souls in the Athenian suburb of Kifissia is a well-known yet hard-to-find haunted ground (it’s hidden by reeds and sealed shut by a huge cement block with symbols written on it). Legend has it that it is the home of several haunted spirits that appear to passersby. According to one legend, in 1945, a local tried to shoot one of the ghostly forms, fell ill the next day, and quickly died.

Cemetery, Church, Stadium
First Cemetery of Athens, Greece | © Tilemahos Efthimiadis/Flickr
Built in 1837, the First Cemetery of Athens is the final resting place of revolutionary heroes, actors, poets, politicians, and important figures of society and the church. Located behind the Panathenaic Stadium, the cemetery is open to the public and a spectacular place for visitors to admire sculpture. At night, however, the place takes on a creepier vibe. Many report encounters with the resident ghost of Nikolas Batsaris (a wreath bearer who worked in the cemetery until his death) who is oblivious to human presence and seen sitting by a wreath. Logginos, the next-door hill overlooking the cemetery, is known to be a spooky place as well due to the remains of German soldiers supposedly buried here.
More Info
Open In Google Maps
3 Logginou, Athens, 116 36, Greece
+302109221621

The little cemetery of Riviotissa, a small hamlet out of Sparti, is thought to be haunted by the ghost of Ioannis Koukoutsis, a humble butcher that reportedly went mad and murdered his wife with his favorite butcher’s knife. Rumor has it that his spirit haunts the cemetery grounds after midnight.

Santorini has a dark side beyond its world-acclaimed beauty, whitewashed villages, and caldera. Not everyone knows that the island is home to a strange burial ground, where people suspected of vampirism were brought to vampire hunters, tested, and buried. Santorini was even nicknamed the “Island of the Vampires” (Vrykolakas).

Mount Parnitha is home to an abandoned sanatorium built in 1917 to treat patients with tuberculosis. It was shut down in 1960s and bought a few years later to be renovated as the Xenia Hotel, but unable to resist competition from the nearby Mont Parnes hotel and casino, it shut down once more and operated as a School of Tourism Professions until the early 1980s. Today, visitors report strange happenings like changes in temperature, weird noises and voices, and evenghosts, including the one of a little girl crying and asking for water.

The Red House, on the corner of Agia Sofia and Ermou in Thessaloniki, is a magnificent mansion built in 1926 by Gennari for industrialist Giannis Logou. But weird things started happening right away: the construction company suddenly went bankrupt after the building’s completion, part of it was destroyed in a fire, and several cases of paranormal activity have been reported (voices, specters, even suicides). After being abandoned for over 40 years, the building is now home to three coffee shops on the ground floor. 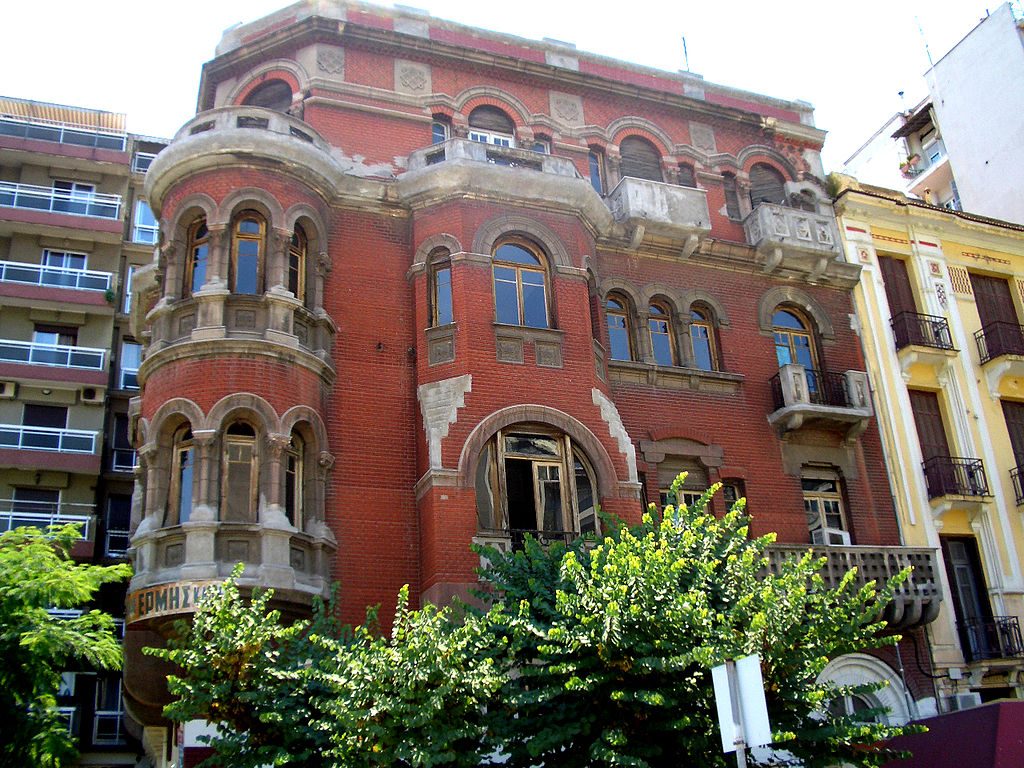 Cemetery
In the quiet, residential neighborhood of Maroussi in Athens, many have noticed something unusual at the cemetery: drivers claim to spot a little girl crying outside the cemetery when passing by, but she is said to disappear when they look at the rearview mirror. No one knows who she is, but it her name seems to be Anna.
More Info
Open In Google Maps
5 Mourgkanas, Marousi, 151 26, Greece
+302108020951
Visit website