The Most Beautiful National Parks in Greece

Mount Olympus, Greece | © PixaBay
Despite its size, Greece has a rich variety of landscapes, from wetlands, forests, beaches and high mountains, gorges and valleys. Even the islands boast a scenic beauty of their own. Whether you are a nature lover or simply want to discover the other faces of the country besides age-old monuments, temples and beaches, here is a list of the beautiful national parks you can visit in Greece.

The National Park of Prespa is home to the enchanting lakes of Mikri and Megali Prespa. Separated by an islet and enclosed by imposing mountains, the lakes, shared between Greece, Albania and FYROM (the Republic of Macedonia), are a habitat for a variety of bird and fish species. The region attracts local and foreign visitors, coming to reconnect with nature, observe the numerous birds and to explore the few interesting monuments. Often overlooked by the majority of tourists flocking to Greece, the Prespa National Park truly deserves a visit. 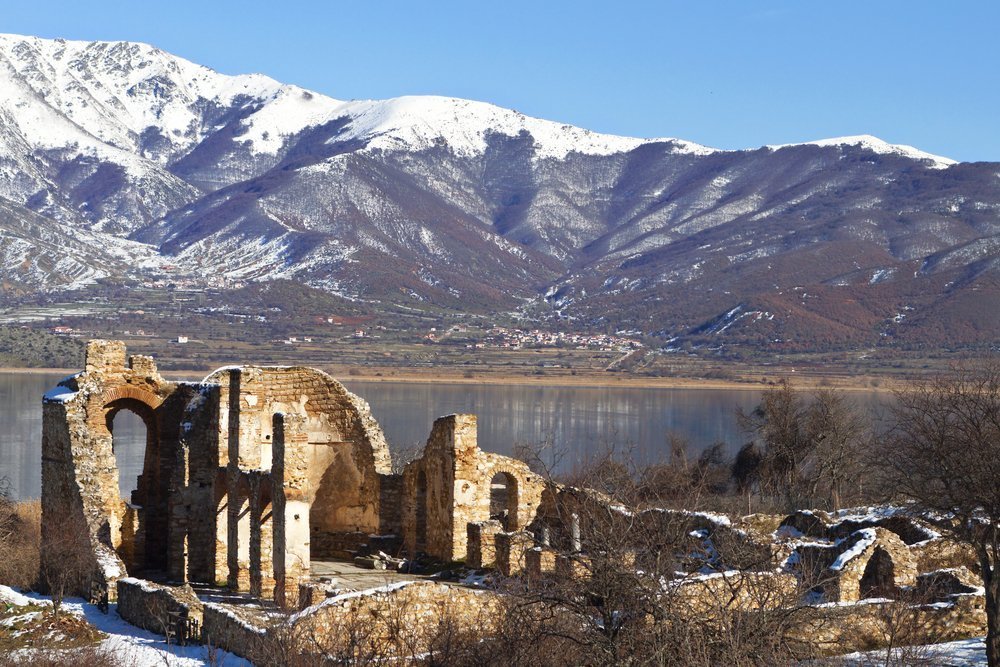 Covering an area of 7,000 hectares in central Greece, the Oeta (Oete, Oeti or even Oiti) National Park is the third largest national park in the country. Part of the Natura 2000 Network, the park, where hunting and any other harmful activities are prohibited, is home to no less than 50 endemic plant species and several animal and birds including the roe deer, wild boar, hare, as well as brown bears, wolves and wildcats. The park also has some caves visitors can explore, as well as the Agathonos monastery.

With 13,700 kilometres of coastline, it is not surprising that Greece also has a marine park. Alonissos Marine Park was founded in 1992 and is one of the largest protected marine areas in Europe. Besides the sea, the park includes the island of Alonissos, six smaller islands and no less than 22 islets. The park is the ideal habitat for several rare species of flora and fauna, including the wild goat of Gioura, red coral and the Audouin’s gull. Visitors can explore the park by scuba diving or snorkelling and, if they are lucky, they may even spot one or two Mediterranean monk seals. 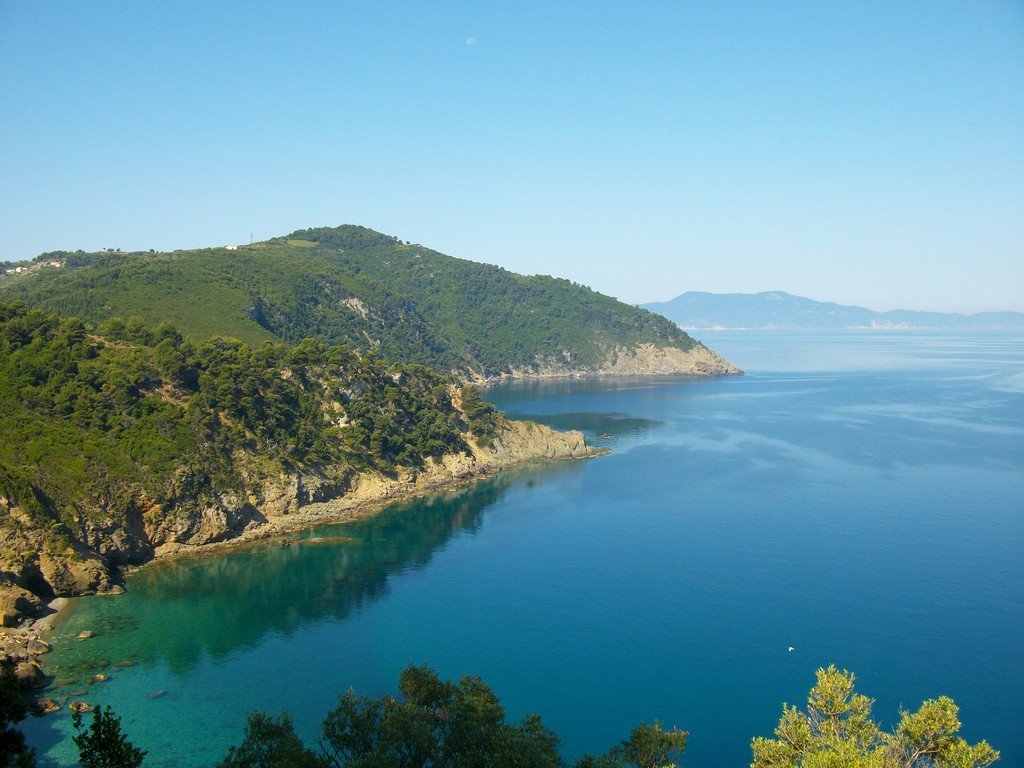 Park
Located in northwestern Greece, in the picturesque region of Epirus, the Vikos – Aoös National Park is 30 kilometres away from Ioannina. With an area of over 12,600 hectares of gorges and canyons, caves, lakes and rivers and dense forests. Established in 1973, the park is home to wolves, brown bears and deer, and is a favourite among locals for outdoor activities. Perfect for hiking, climbing, mountain biking, rafting and kayaking, the area is ideal if you are looking for enchanting nature, picture-perfect mountain villages and adrenaline-pumping activities.
More Info
Open In Google Maps
Mikro Papigko, 440 04, Greece
+302653022241
View menu
Visit website
Visit Facebook page
Send an Email
Give us feedback

The Samaria Gorge in southern Crete is the longest gorge in Europe. Part of the Samaria National Park, the gorge is 16 kilometres long and starts at an altitude of 1,200 metres all the way down to the little coastal village of Agia Roumeli. The park is the natural habitat for more than 450 plant species and many endemic animals such as the kri kri goat. If you are a hiking fan, the Samaria National Park should be on your bucket list. 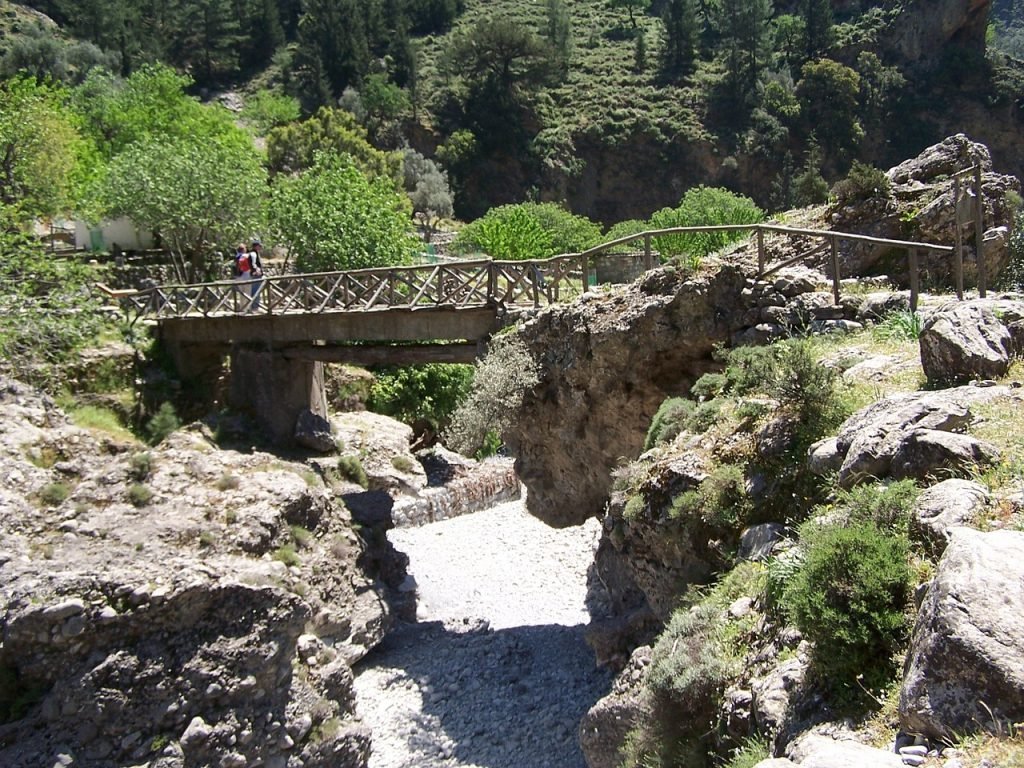 Mostly known for its ski resort, Mount Parnassos was the first national park to be established in Greece, in 1938. Covering an area of over 14,570 hectares, the park spreads on a mountainous terrain between the ancient site of Delphi and Arachova and is home to a diverse ecosystem. Offering a variety of activities such as skiing, mountain biking, hiking and exploring the ruins of Delphi, this national park is a destination for all ages and interests.

Park
Road to the Gods, Mount Olympus, Greece | © afilitos/flickr
Created in 1938 on the mythological home of the gods, the Mount Olympus National Park is an area of importance, be it ecological, archaeological or historical. As such, the park is a paradise for nature lovers, as it is the natural habitat for a wide variety of fauna and flora species (over 25% of all Greek flora is found there), and boasts deep gorges, thick forests, and over 50 peaks. Declared a UNESCO Biosphere Reserve in 1981, the park is a hotspot for climbers and hikers, as the park features a network of refuges that can accommodate a dozen of people at once.
More Info
Open In Google Maps
Greece
+302352083000
View menu
Visit website
Visit Facebook page
Send an Email
Give us feedback

Park
Pindos Mountains, Greece | © TijsB/ Flickr
Located in western Greece, the Pindos National Park covers part of Macedonia and Epirus. This secluded region covers 6,30 hectares and ranges in altitude from 1076 to 2177 metres. Also known as the Valia Kalda valley, the park has a network of mountain lakes, springs and rivers dotting dense forests. The park is home to a small population of Eurasian bears, as well as wildcats, lynx and otters, and over 80 bird species. Although it is one of the least visited areas of the country, the Pindos National Park, accessible from the small village of Perivoli, offers ample hiking opportunities and features a climbing resort near the Mavrovouni peak. Camping, outside the core area, is possible while kayaking requires special permission.
More Info
Open In Google Maps
Greece
+302653022241
View menu
Visit website
Visit Facebook page
Send an Email
Give us feedback

Park, Hill Station
Parnitha National Park offers over 75 hiking trails | © Tadej Perdih / Alamy Stock Photo
Located 30 kilometres from Athens, the Parnitha National Park covers an area of 3,812 hectares. Apart from the mountain of the same name, the park includes lakes, gorges and caves. Perfect for hiking, birdwatching and mountain biking, the park has two refuges and is known for its wild tulips. But the area is also a natural habitat for pine and fir trees, as well as diverse wildlife and includes several sites of archaeological interest, such as the Tatoi Palace and a few remnants of fortresses.
More Info
Open In Google Maps
136 72, Greece
View menu
Visit website
Visit Facebook page
Send an Email
Give us feedback

Park
Loggerhead sea turtle | © Pixabay
Located in the south of the island of Zakynthos, the third largest island in the Ionian Sea, the Zakynthos National Marine Park features the loggerhead sea turtle’s (Caretta Caretta) nesting areas in the Mediterranean Sea. A haven for monk seals, the park covers 13,500 hectares, including the Bay of Laganas, the wetland of Keri Lake and the two small islands of Strofadia. Explore the waters or follow the trails being careful not to disturb the turtles’ natural habitats.
More Info
Open In Google Maps
290 92, Greece
+302695029870
View menu
Visit website
Visit Facebook page
Send an Email
Give us feedback

Situated along in the southern tip of the Attica Peninsula, about 50 kilometres from Athens, Sounio National Park is perfect for a day trip from the capital. Mostly known for the ruins of the temple dedicated to Poseidon, god of the sea, built between 444 and 440 BC, it plays an important in Greek history throughout the millennia. Indeed, Cape Sounio is marked with legends and was first recorded in Homer’s Odyssey. Home to several plant species, the park also includes ancient mines, including Lavrio silver mines. Whether you decide to relax on the beach, go for a swim or explore the nearby caves, Cape Sounio is a refreshing break from the buzzing Greek capital. 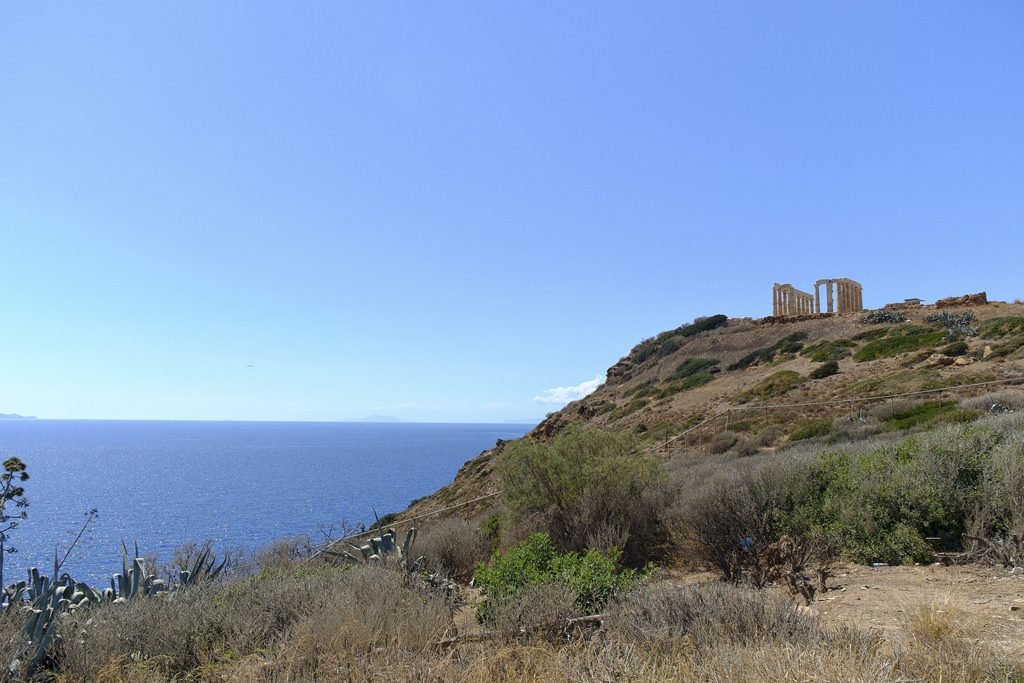 Park
Closed to Argostoli and Sami, Ainos National Park is located on Kefalonia island, within the Ainos mountain range. Established in 1962, the park is the smallest of the nation, stretching over 3,000 hectares. The mountain range is covered by one endemic tree species: Abies cephalonica, or Greek fir, as well as oak and pine forests and is home to a small population of wild horses. The park includes several trails that run throughout the park leading visitors to secluded lakes and forgotten caves.
More Info
Open In Google Maps
280 80, Greece
+302671029258
View menu
Visit website
Visit Facebook page
Send an Email
Give us feedback
Give us feedback