The Most Beautiful Beaches in Halkidiki, Greece 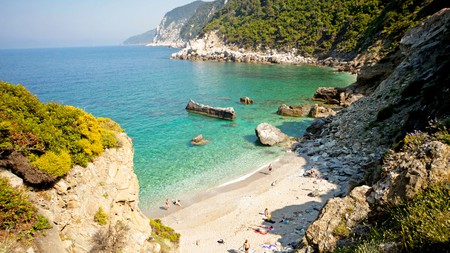 Pine forests fringe the golden sands and clear waters of the Mediterranean in Halkidiki, northern Greece. Grab your towel and nab a spot on one of these stretches across Kassandra and Sithonia, overlooking Mount Athos.

Greeks know that Halkidiki is home to some of the country’s most pristine beaches. The northern region is composed of three peninsulas: Kassandra, Sithonia and Mount Athos, each offering something different. The latter is a monastic state, but Kassandra is home to bustling beaches lined with tavernas and popular bars, while Sithonia is best for those seeking a secluded swim. All told, Halkidiki has a range of beautiful beaches – here’s Culture Trip’s guide to the best.

This long strip of pristine beach is located on the Kassandra peninsula, and has been awarded a Blue Flag award for its cleanliness. The area boasts tons of upscale accommodation, spa and restaurant options, including the lavish Sani Resort. Festivals are frequently held here during summer, and it’s easy to see why. 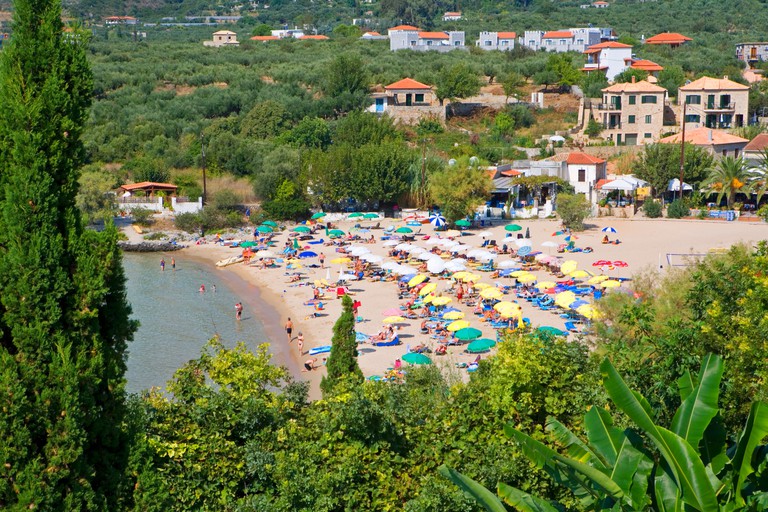 © colinspics / Alamy Stock Photo
Found on the middle peninsula, Sithonia, this beach is more of a hidden enclave, in comparison with some of the area’s other locations. A dense forested area surrounding the sand gives Kalogria a private feel, though there are umbrellas and chairs available. After all, it’s a great spot for sunset watching.

This sparkling tourist resort has a highly organised, family-friendly feel. Located on the south side of Kassandra, there are rows upon rows of chairs and umbrellas, while the water is perfectly shallow, should you like long, meandering walks along the shoreline. Look out for the looming lighthouse, which feels like something out of a storybook, and local taverns for fresh fish. 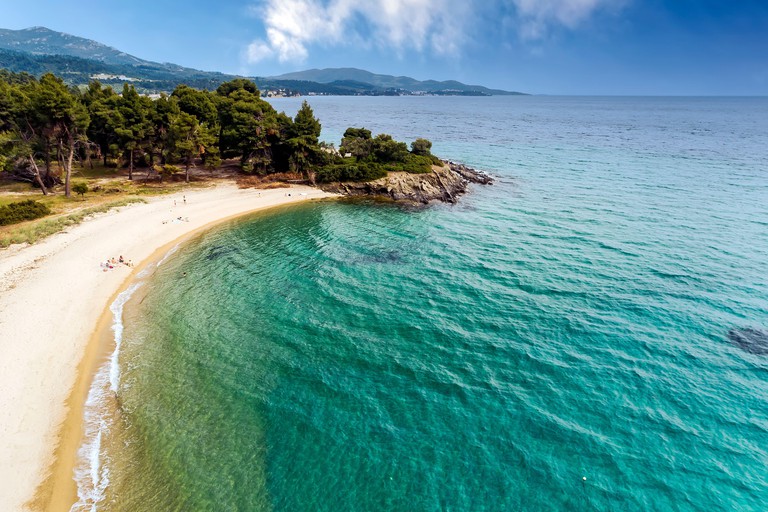 © VASILIS VERVERIDIS / Alamy Stock Photo
Ready to spot some fishermen and get a glimpse of local life? Head to Lagomandra Beach, which forms something of an amphitheatre for the views across the water and beyond. It’s located at the foot of Mount Itamos on the Sithonia peninsula, meaning there’s no shortage of greenery. 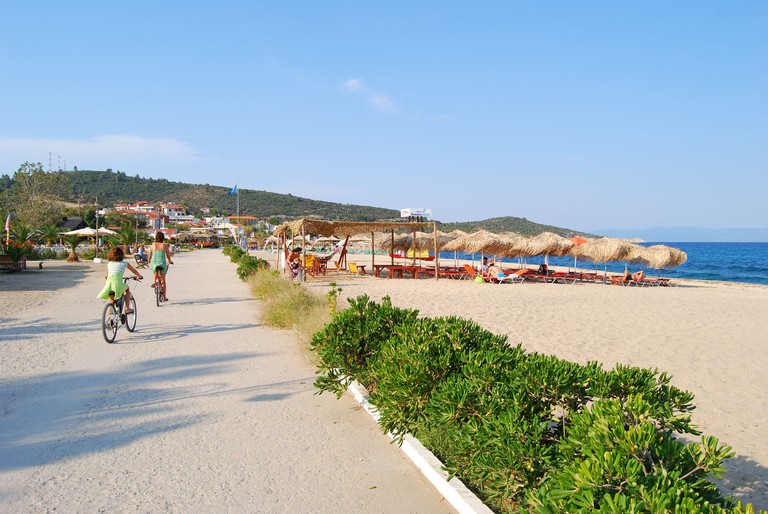 Visitors to Sarti, on the eastern side of the Sithonia peninsula, can grab a gorgeous view of Mount Athos across the bay. Several rocky fingers extend into the water, providing the picture-perfect photos that make it one of the most popular beaches in Halkidiki. Sarti is also the name of a nearby village, with a great seaside promenade and accommodation options.

Watersports enthusiasts, raise your hands. Nea Potidea in Kassandra is dotted with outdoor adventure centres, where you can rent all manner of equipment for exploring the waves. It gets pretty crowded during the summer, so get there early. Afterwards, stop at one of the beach bars for an ice cold Mythos beer.

Kalamitsi is a crescent-shaped beach, surrounded by lush, rolling hills on the southeastern side of the Sithonia peninsula. It’s smaller than nearby Sarti, but a little more interesting – swim to the island facing the beach for a mini-adventure. Campsites are available nearby, if you want to stay close to this gorgeous scenery for longer. 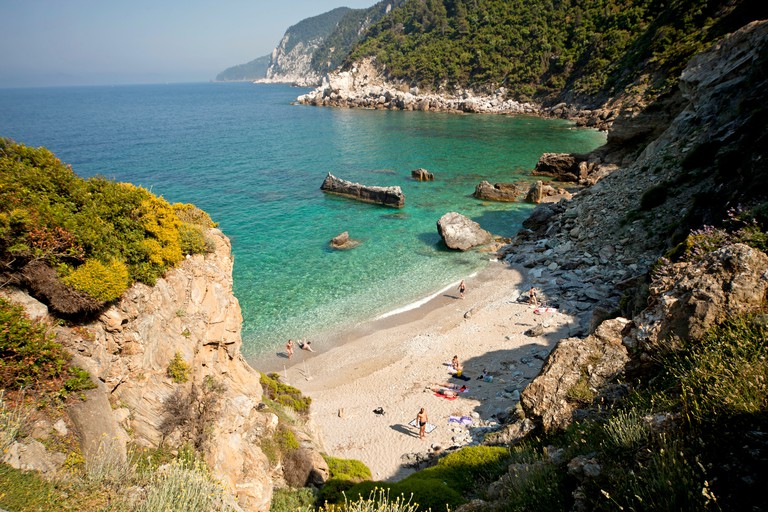 © Schickert., Peter / Alamy Stock Photo
This beach on the Sithonia peninsula is somewhat more isolated than other tourist choices – known for its tranquil waters and surrounding wilderness, the trees almost creep onto the beach. If you’d prefer to be nearer the action, it’s nevertheless close to the larger, more formally organised Nikiti beach. Note: there are no toilets or showers here, which makes it less crowded in peak months.

As well as great beaches, Halkidiki offers visitors plenty of things to see and do as well as some must-see attractions and restaurants. Alternatively, a trip to Athens comes with the welcome choice between some great hotels and boutique offerings that you can book through Culture Trip.