The Minotaur And Knossos: An Ancient Artistic Legacy 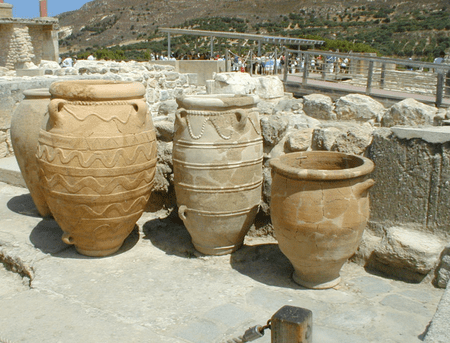 The Greek legend of the Minotaur and the city of Knossos have long been the subjects of artistic fascination. Merging history, mythology, and art, we take a closer look at the legacy of the Minotaur in art. 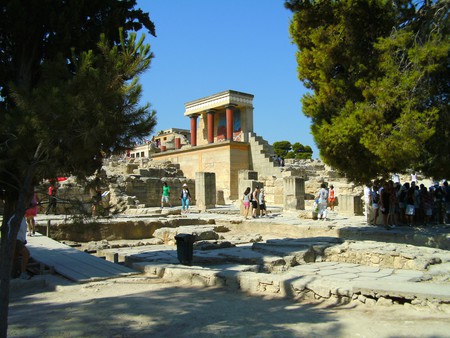 How has the legend of the Minotaur survived from the ancient Minoans to modern times? | © Linesinthesand / Flickr

The origins of the Minotaur, half bull and half man, lie in the ruins of Knossos; the main city of the bronze Minoan civilization in the Greek island of Crete. A mixture of fact and mythology, this ancient civilization revered the monstrous bull-like creature, and there are many remnants of its presence in Minoan culture. A bust of the Minotaur can be seen in the National Archaeological Museum in Athens.

The monster was believed by the Minoans to have lived below the palace of King Minos in a dark labyrinth. This labyrinth was designed by Daedalus, so skilfully that no one could ever escape. The Minotaur lurked among its dark passages waiting to attack his victims. No one ever left the labyrinth alive.

One idea is that the labyrinth could have been based on the plan of the building. Perhaps there was a labyrinth underneath the palace, but no evidence has yet been found. The plan of the palace itself looks like a labyrinth, and some archaeologists have suggested a connection.

The origin of the Minotaur may also be based on geographical location, as Knossos lies in the center of an earthquake zone. The earthquakes’ roaring sound was rumored to be made by a great roaring bull below the palace, creating loud quakes.

Of the many stories of the Minotaur, there is the famous legend that once a year the people of Athens had to send seven boys and seven girls to be fed to the Minotaur. One year Theseus, son of Aigeus the King of Athens, offered to take his place among the young men. He devised a plot to kill the Minotaur.

When Theseus arrived at Knossos, Ariadne, the daughter of King Minos, fell in love with him. She gave Theseus two gifts, a sword to kill the Minotaur and a ball of thread. Ariadne told Theseus to fasten one end to the entrance of the labyrinth, hold the ball and after he had killed the Minotaur he could find his way swiftly back to daylight by following the thread.

Images of the bull and Minotaur were very popular in Minoan times and the modern day depiction of the Minotaur is borrowed from Minoan artistic creations. The Minoans were a peaceful, trade faring civilization, as well as being rich and advanced.

The Minotaur is not fully human, animal or God. The ambiguity of the figure places him outside the bounds of morals and reason. Images and stories of the Minotaur still influence European writers and artists. 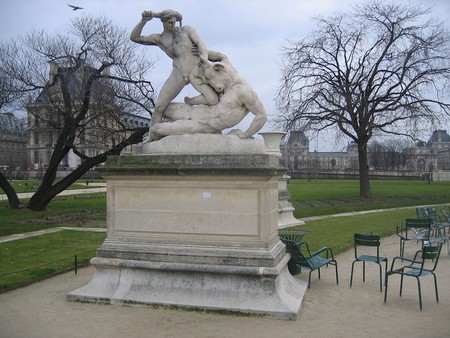 An example of this monstrous creature in modern Greek art can be seen in the 1961 work Theseus with Founstanella and the Minotaur by the artist Nikos Engonopoulos.

One artist who deeply explored the subject of the Minotaur in his work is Pablo Picasso. Some of his work show the Minotaur as violent; a rapist and a murderer. In other works, he is depicted as a lover rather than a monster, appearing to be in a consensual relationship with women. In some paintings he draws directly on the homage to the myths of Theseus and the Minotaur and also the Minoan tradition of bull-leaping.

Sometimes Picasso uses the Minotaur to represent himself or his sexual urges, bringing out the beast in man. The Minotaur represents man’s animalistic nature. Picasso brings to life the Minoan Minotaur as a man-like beast with a timeless fascination.