The Greek Models You Need to Know About This Year 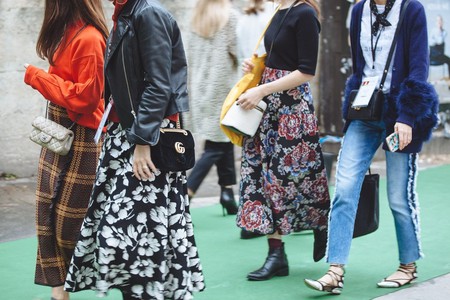 Looking for fun new names to follow on Instagram? Culture Trip brings you the Greek models that you need to know about this year.

Christos Kastavochristos is fast making an international name for himself. With his classic good looks (and impressive abs), it’s no surprise. The model has starred in campaigns for American brand Tani Underwear, featured in editorials for Rey Magazine and recently walked for the maverick designer Apostolos Mitropoulos.

Ros Georgiou is an exciting Greek model to watch. She has an international presence, walking for Zadig & Voltaire and Parsons at New York Fashion Week, as well as featuring in editorials for Elle Brazil, Schön! Magazine, Elle Sweden and L’Officiel Netherlands. Stay tuned for more and more encounters with Ros Georgiou; she is without a doubt a model on the rise.

The Brazilian-Greek model Amanda Chrishell is a name to know about. The star regularly features in campaigns and editorials as well as on catwalks. Recent appearances include editorial stories in Yon Magazine, campaigns for Revlon and walking for Ermarolla. Expect to see more and more of Chrishell in 2018.

A post shared by Amanda Chrishell Official (@amandachrishelofficial) on Apr 9, 2018 at 11:19am PDT

With his chiselled jaw bone and striking good looks, it’s no surprise that male model Okan Boz has become a regular face in Greek fashion magazines. Boz often features in magazines such as Greek Esquire, and he has also starred in campaigns for the likes of The Project Garments and Dur.

Katerina Galiatasou is a Greek model and was Miss World Greece in 2015. Her strawberry blonde hair makes her a natural standout in the Greek fashion scene. Alongside starring in campaigns such as Erre Due and The Fashion Project, Galiatasou has also walked on catwalks for leading Greek designers such as Spiros Stefanoudakis, Anna Anemomilou and Stylianos Atelier.

An actress and ballet dancer, as well as a model, Elli Tsitsipa’s idiosyncratic look has earned her a loyal following in all areas of her career. She regularly stars in campaigns and on catwalks for alternative and avant-garde Greek designers. Recently, this has included catwalk shows for Clon8 and being featured in editorials for Ozon magazine.

A trainee doctor and a model, Alexandros Apostolou seems to have it all. Last year, he starred in campaigns for Aner Swimwear and The Project Garments. Summer of 2018 looks set to be an exciting one—here’s to seeing much more of the emerging talent.