As part of our literary city guide series, we’ve mapped out the literary landmarks, bookstores, writers and books of contemporary Athens.*

Athens’ literary history dates back to the Grecian myths and its legendary writers, Sophocles and Plato among them, have had a profound impact on the humanities. But modern Athens also boasts a rich literary heritage with two Nobel laureates, a bevy of modish writers, and thriving publishing industry. While the economic collapse has caused some casualties—including the closure of the city’s 118-year-old bookstore in 2016—writers have responded with some of the most interesting books to come out of Athens in years, many of them now being translated. 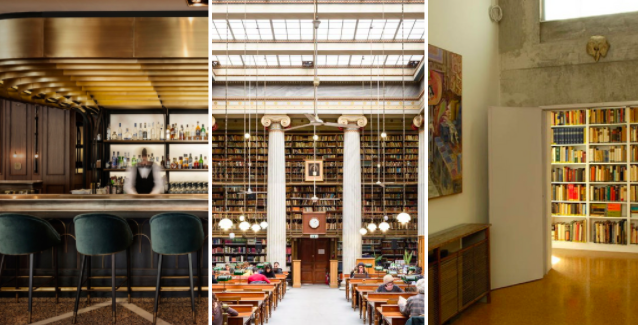 Left to right: Zonar’s Café, the interior of the National Library, and the Ghika Gallery

Stoa Tou Vivliou (The Book Arcade) & the European Literary Walk
A center of culture and intellectual pursuits where bookstores offer works from 60 publishing houses—including both Greek and foreign publications—and hosts many cultural events, such as the annual European Literary Walk where people can meet some of their favorite authors from around the continent.

Zonars café
In the 1930s Zonar’s café was a hotbed for writers (such as Jorge Luis Borges, Lawrence Durrell, Evelyn Waugh and Henry Miller) as well as artists, actors and other influential figures. The café maintains its prestigious reputation with artistic flair.

The Nikos Hadjikyriakos-Ghika Gallery
Another notable artist and writers gathering spot, the Nikos Hadjikyriakos-Ghika Gallery was the owned by the famous Greek artist who hosted such figures such as John Craxton or Patrick Leigh Fermor. Among the many literary artifacts kept by the museum, the studio features a one-walled bookshelf, two stories high. 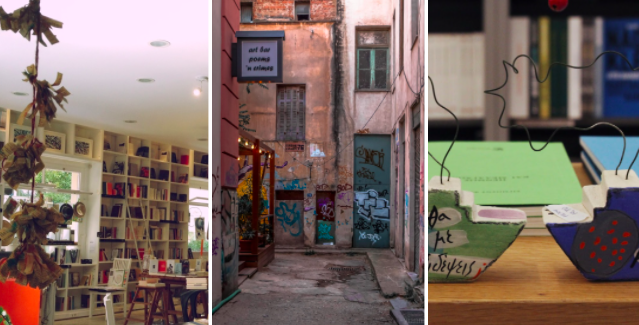 Free Thinking Zone
A bookstore that maintains the Athenian tradition of public debates and lectures. It also highlights books usually based on a hot public topics.

Lexikopoleio
A longtime literary establishment with a impressive selection of high-brow literature and magazines from local and foreign presses. Lexikopoleio also specializes in dictionaries and language books, including lexicons on Yoruba, Urdu or Tamil.

Booktique
A store that surprisingly opened its door after the economic collapse. It showcases a tightly curated collection of literature, including children’s books.

Politeia
One of the few survivors of the wave of closures striking the book industry in Greece and remains the largest bookstore in the city. 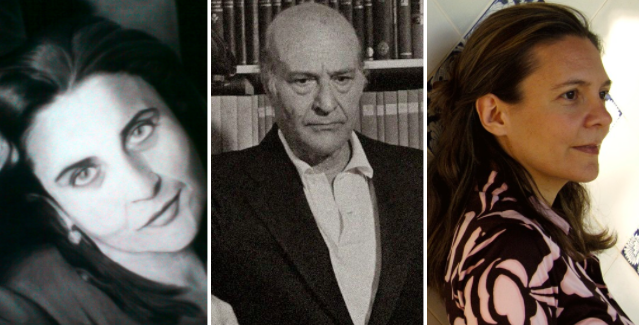 Giorgos Seferis (1900 – 1971)
Greece’s first Nobel laureate (awarded in 1963) was a both a poet and Greece’s ambassador to the UK. There he met T.S. Eliot and translated The Waste Land into Greek. His own poetry, according to Nobel citation, was given “for his eminent lyrical writing, inspired by a deep feeling for the Hellenic world of culture.”

Odysseas Elytis (1911 – 1996)
The second of Greece’s two Nobel laureates (awarded in 1979) was also primarily a poet and a fixture of Athens, participating in many aspects of its culture from theater to the visual arts. According to the Nobel citation, he was awarded “for his poetry, which, against the background of Greek tradition, depicts with sensuous strength and intellectual clear-sightedness modern man’s struggle for freedom and creativeness.”

Margarita Karapanou (1946–2008)
Margarita Karapanou has been called the Greek Kafka for her strange and surreal work. She is the winner of the French national prize for the best foreign novel, an honor previously awarded to Lawrence Durrell, Jorge Luis Borges, and Gabriel Garcia Marquez.

Amanda Michalopoulou (b. 1966)
Greece’s answer to Elena Ferrante, Michalopoulou has won several of the country’s highest literary awards. Her work, which has focused on female companionship, is available in English translations. She has also edited two English-language anthologies of contemporary Greek literature.

Christos Ikonomou (b. 1970)
A longtime journalist, Ikonomou became a major literary sensation after publishing a series of stories responding to the Greek economic collapse. He was called the “Greek Faulkner” by La Repubblica and has since had works translated into English. 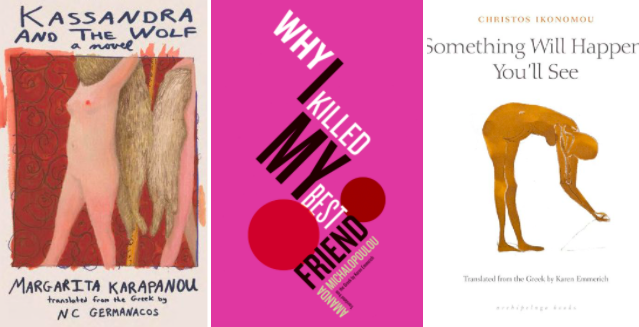 Kassandra and the Wolf
Scandalous when it first appeared, this eerie novel centers on a young macabre girl and has garnered comparisons to Marcel Proust and Bruno Schulz.

Red Dyed Hair
Spanning four decades of Athenian life as seen from the bottom of the barrel, the novel is an inspired mixture of social satire and political history, and features a eclectic cast of characters, from bouzouki singers to pimps and greengrocers.

The Other Alexander
A novel in which a family is swept up in the Greek Civil War that broke out following the close of WWII. Albert Camus wrote of it: “I am deeply moved by this book. It is true poetry.”

Why I Killed My Best Friend
A bittersweet portrait of a friendship between two woman who have both come to Athens as foreigners. Their bond is tested throughout their 30-year relationship.

Something Will Happen, You’ll See
A poignant collection of short stories that explore the soul of Athens during the economic crisis.

* This guide pulls from preexisting listicles curated by Ethel Dilouambaka for Culture Trip. As these previous lists may include items not shown here, links to these pieces have been hyperlinked in section titles.