The Coolest Neighborhoods in Thessaloniki, Greece 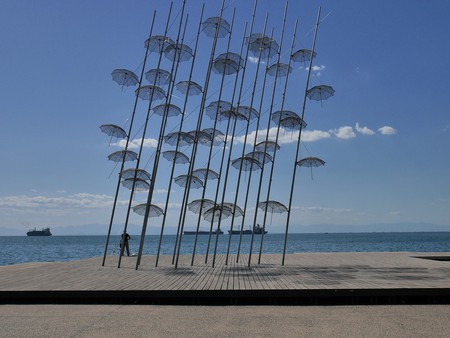 A charming city in northern Greece, Thessaloniki has been gaining in popularity as a travel destination, and it’s easy to see why, with its relaxed vibe, youthful profile, rich agenda filled with cultural events and fun happenings, its nightlife, and world-class food scene. Do you want to know where the coolest districts in Thessaloniki are without looking on Google Maps constantly? Keep reading to discover the hippest neighborhoods in the city.

Located in the western part of the city, Ladadika is a historical district situated near the port. Thanks to its convenient location, it used to be a commercial hub and housed stores selling and storing oil and oil byproducts, hence its name (ladi in Greek means oil). After the Great Fire of 1917, the neighborhood went into decline until it was abandoned in the 1970s. But the district was “rediscovered,” and houses and buildings underwent renovations. Today, the area is known as a nightlife hub, where locals and visitors can find cafés, bars, and restaurants. 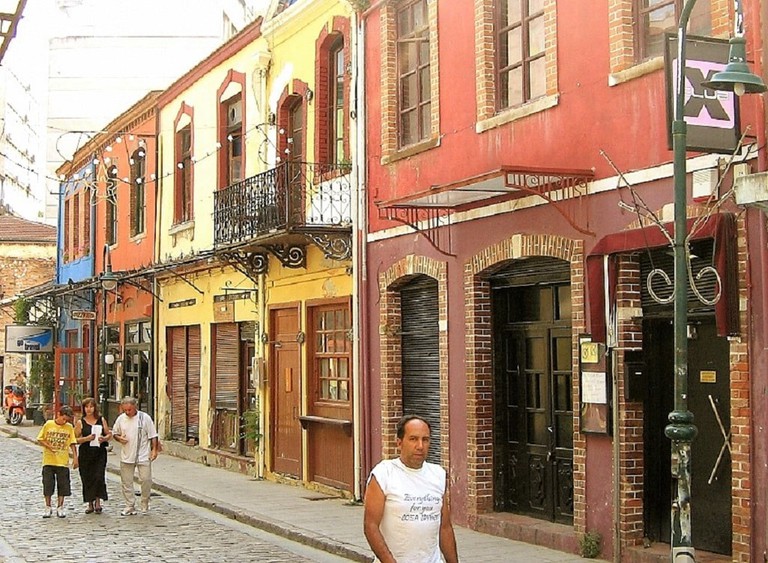 A street in the Ladadika neighborhood, which used to be the Jewish quarter in Thessaloniki, Greece | © Ian Kehoe / WikiCommons

Located in the northern part of Thessaloniki, Ano Poli is one of the oldest districts in the city. Saved from the destruction of the Great Fire in 1917, it has maintained its traditional character, with narrow stone-paved streets, old squares, old mansions, and two-story houses. Remnants of the city walls are still standing, and visitors can check out the towers of Eptapyrgion, the citadel built during the Byzantine period. Take the time to explore its streets, as well as the several churches and monasteries, and have a post-stroll break at Igglis. Also, do not miss the chance to watch as the sun sets over the sea, painting the sky and the gulf with pink-reddish hues. 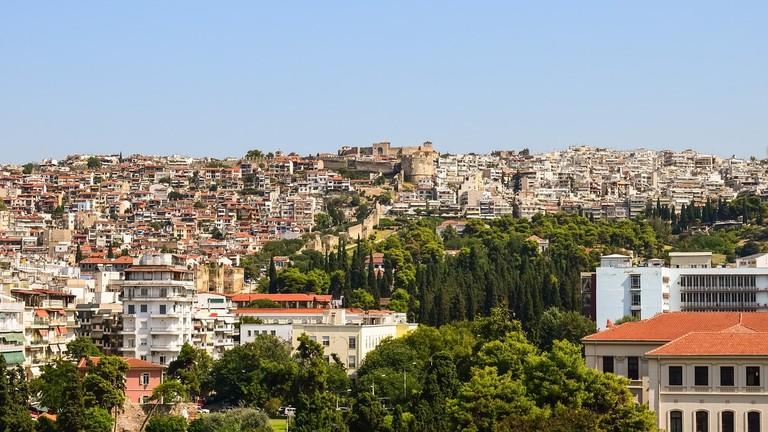 Valaoritou was once known for its many textile stores and factories, but now, it is one of Thessaloniki’s entertainment districts. What were once stores are now cafés (such as café and art space Ypsilon on Edessis Street), bars, and restaurants. Perfect for a fun night of bar crawling, Valaoritou is filled with bars catering to all musical tastes, from jazz and electro to rock and mainstream. During the day, it is a cool area to explore, with a few architectural gems dotting the land, including Stoa Malakopi and the State Conservatory of Thessaloniki. 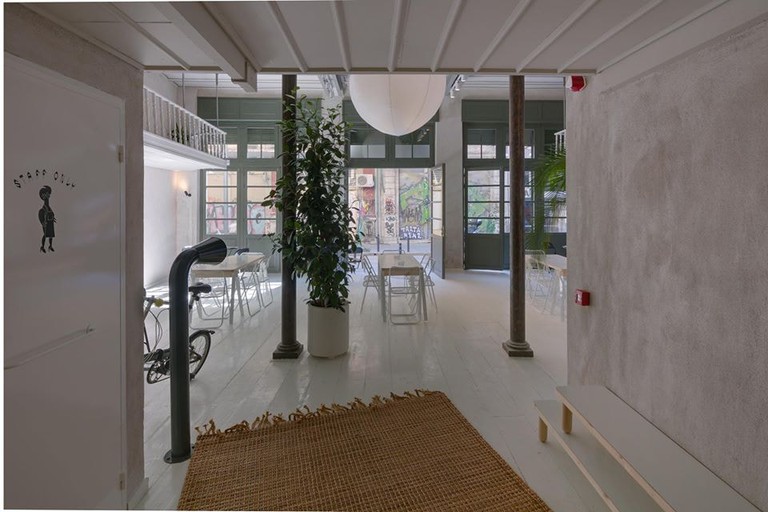 Aristotelous Square is to Thessaloniki what Syntagma Square is to Athens. As the heart of the city, with historical buildings, shops, and cafés, Aristotle is one of the main districts in the center of town. Redesigned by French architect Ernest Hébrard after the 1917 fire, it crosses the city and goes down to the waterfront. You will find plenty of cafeterias and bars, such as Ouzeri Aristotelous—one of the oldest in town and well hidden in a green courtyard of a beautiful neoclassical building—as well as the stunning Electra Palace hotel and the Olympion Theater, one venue that hosts the Thessaloniki Film Festival. 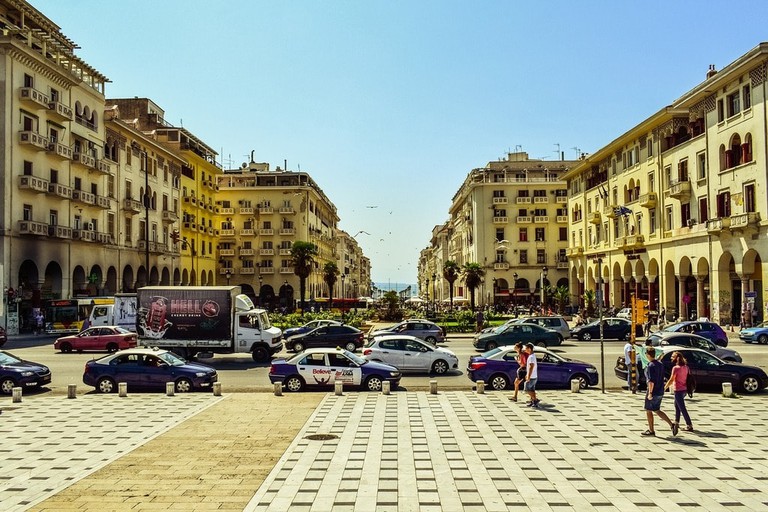 This area is home to two of the city’s oldest markets and lies north of Tsimiski Avenue. Kapani is the oldest market in Thessaloniki and features traditional elements such as arches and window treatments. Modiano Market is a historic covered market that shelters food stalls, including butchers and fish shops, along with some of quaint delis and bars. A bit farther lies Athonos Square, where you will be able to mingle with locals and students in many of its small stores, boutiques, and a plethora of traditional restaurants. 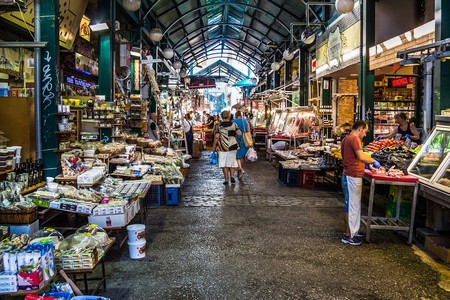 Technically not a district, these two central pedestrian streets certainly deserve a mention. Bordered by cafés and bars, bistros and cocktail bars, they are known for their relaxed vibe and warm atmosphere. You will find locals of all ages in this area, though students are virtually everywhere. While it’s a favorite spot for many during the summer months, as the trees offer shade, the area of Iktinou-Zefxidos is a cool spot to hang out anytime. 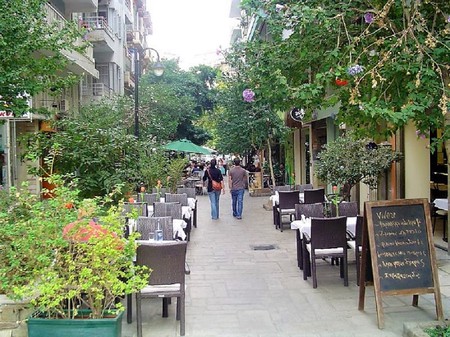 Thanks to its proximity to the university, Navarinou Square (Plateia Navarinou) is mostly a student hub. Hip coffee shops and both old and cool (think new with a unique spin) tavernas are everywhere, and you will surely enjoy people-watching, as well as some sightseeing opportunities, including the spectacular Rotunda and the Arch of Roman Emperor Galerius. 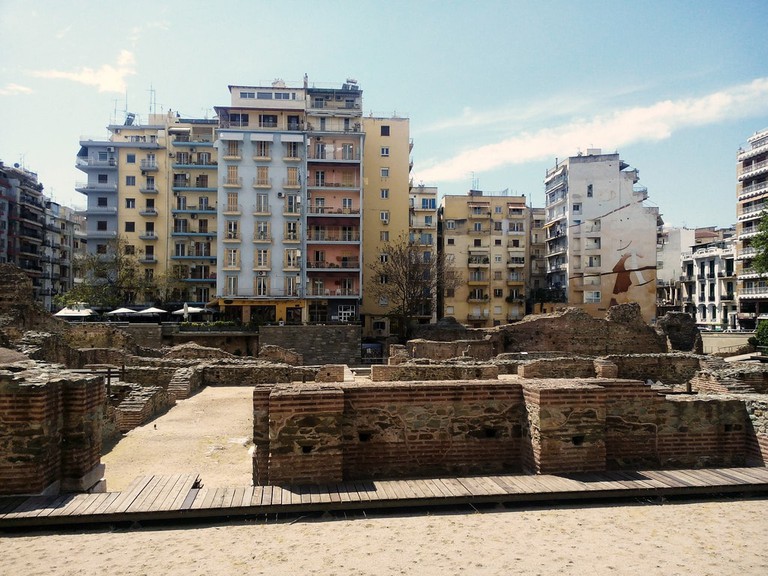 One of the many highlights of Thessaloniki is undeniably its front row access to the sea. As such, the waterfront is one of the favorite areas for locals and will surely seduce any visitor. Lined with cafés and monuments, such as the emblematic White Tower, the waterfront connects the port to Thessaloniki’s stunning concert hall. Along the way, you will find green spaces, the imposing Umbrellas sculpture, as well as a statue of Alexander the Great. Get your camera ready because you will surely be amazed by this cool setting. 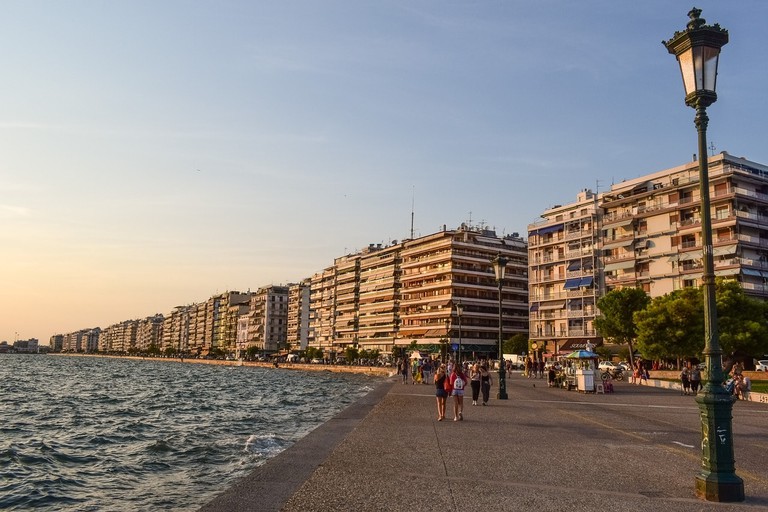