The Complex Symbolism of Pink in Athens' Metaxourgeio Area 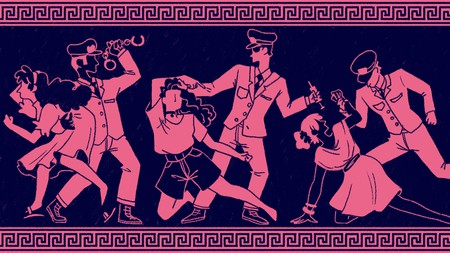 A walk through the Metaxourgeio neighbourhood will see visitors greeted with one of the truest reflections of Athens. There’s dynamism, creativity, poverty and chaos – often in equal measure and all at the same time. It is a vibrant and lively neighbourhood in the midst of transformation and change. There’s many community focussed efforts, from skate bowls to one of the best restaurants in Athens, but also a troubled history.

The area is Athens’ more active red light district. Throughout the neighbourhood, pink is used to denote functioning brothels. Yet the light, feminine and cheerful hue that it brings to look of the buildings belies darker and more complex connotations associated with the area’s recent past.

In Greece, sex work in registered brothels is legal. The women who work there have to have health checks every few weeks. But while the spaces are regulated by the government those who work there are not protected by labour laws. Within a supposedly safe environment, there is already space for mistreatment and injustice.

At the start of the economic crisis in Greece, it was reported in a study by EKKE (Greek Centre for Social Sciences) and the Institute of Criminology at Panteion University, that prostitution had increased by 150 percent in the years between 2008 to 2012. At the time, articles in the local and international media reported on stories of women driven by desperation to work on the streets. However not all women worked through registered brothels at that point, nor do they now. As such the women found themselves even more vulnerable to brutality.

Before the general election in 2012, Athens witnessed a violent persecution of women in the local area. Police targeted groups of women that they perceived to be sex workers (though in reality very few women were) and force-tested these individuals for HIV. This was considered by many to be a political manoeuvre led by the department of health; a ruse designed to ‘clean up’ the centre of Athens in the run up to the election. 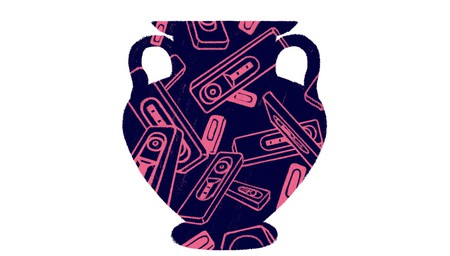 Such targeted action had serious ramifications for the victims involved. Women who tested positive for HIV were then imprisoned on the charge of grievous bodily harm. The argument was that those who were HIV positive had slept with men on purpose, in full knowledge of having the illness. In reality, the women were unaware that they had HIV and only one woman worked in the sex industry. These troubling events which unfolded during the course of 2012 are the subject of Ruins, a documentary by Greek filmmaker Ζoe Mavroudi.

Worse was to come as the Greek news cycle cynically reported on the story of these women, naming and visually identifying the individuals on national television. The effect of such public shaming arguably betrayed the concerning capacity of the state to engage in the act of ‘othering’, specifically targeting vulnerable minorities for political gain. As Ruins highlights, the events also demonstrated an alarming lack of education about HIV in Greece. This lack of understanding extended beyond the Greek government to the World Health Organisation. A report that suggested the increase in HIV in Greece was self inflicted to secure benefits went viral in 2013.

And while the memory of events in 2012 may have faded from public memory, the feeling of violence and trauma are still felt amongst this disenfranchised community of women. As such the pink of the local area comes to symbolise something beyond a practical denotation. It encompasses the vulnerability and precariousness of the position that many women find themselves in.