The Colourful Greek Island Hardly Anybody Knows About 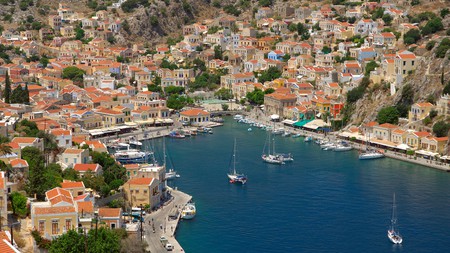 The Greek Islands are loved for their beaches, calming waters and gastronomic delights, but finding a quieter spot has become an increasingly difficult task. To help, we’ve picked out a lesser-known Greek island we think you should seriously consider visiting once we can travel again.

Starting at Rhodes, venture northwest and you’ll find Symi, a spot that locals from the surrounding area and Athens certainly know, but you won’t find in many guidebooks. This tiny island, part of the Dodecanese collection in the Aegean Sea, has a year-round permanent population of less than 3,000. And although tourism is the main industry here, it’s not the sort driven by souvenir shops and anglicised bars serving egg and chips. So if you’re struggling to find a hotel room on the more popular Greek islands, such as Crete, Kos and Kefalonia, here’s what you need to know about a holiday in Symi. 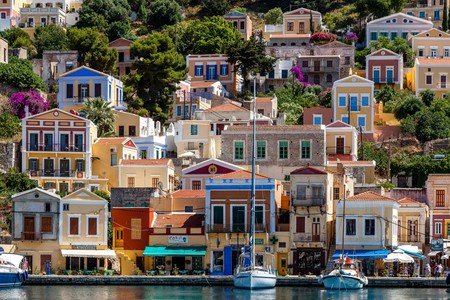 The first thing that strikes you about Symi – sometimes translated from the original Greek as Syme or Simi – is the distinctive architecture of the island; as you come into the main port, Gialos, you’ll see neoclassical homes with hints of the previous Ottoman and Italian rules. 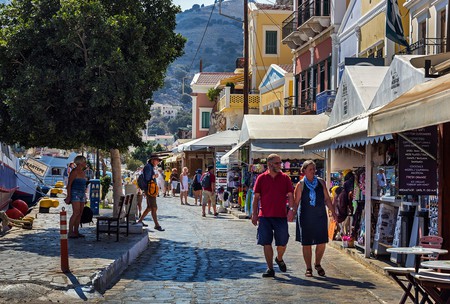 There are some outstanding hotels in Symi, but these are more of the boutique variety rather than the international chains you’ll find on other Greek islands. There are also smaller houses available as rentable accommodation, but be aware you may have to climb steep stairs to get to them.

When you’re looking to explore, you’ll find that most of the island – away from the main port and the village of Horio in the old quarter – is barren. Symi is a particularly dry location, which means there aren’t too many modern amenities. Then again, you don’t need them here. There are a handful of great beaches if you’re keen to get in the water, but don’t expect sandy shores where you can lounge until sunset. The coast here is rocky and often leads straight into the ocean, so the best way to access the pristine coves, such as Nimborio Bay or Agios Georgios, is via a water taxi from Gialos and Pedi. 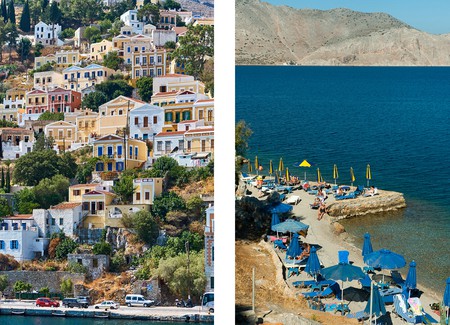 There’s no airport on Symi, which is not surprising given the uneven land and lack of space, so you can only get here via ferry. Regular services from Rhodes and Kos are available, but you can also get to the island on a private boat. Perhaps because of the history of Symi, which saw British and Italian rule for periods in the last century, there are a growing number of non-Greek residents on the island. This influx – a relative term, as we are talking about less than 200 people relocating, mainly from Italy and Britain – has seen house prices skyrocket in recent years.

If you do visit here, make sure you sample simiako garidaki (Symi shrimps) before you leave. This unique delicacy is fished from the water around the island and fried in olive oil before being served with a light seasoning. You’re meant to eat the shrimp whole, as they are much smaller than regular crustaceans, although that can take a little getting used to. 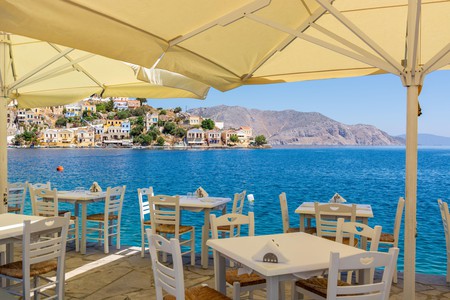 Like everything else on Symi, however, you’re better off embracing the authentic way of doing things for the best possible experience.