The Best Walks to Take in Thessaloniki, Greece 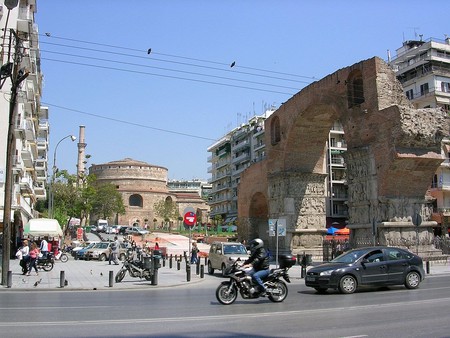 View of Arch and Rotonda of Galerius, Thessaloniki | © Testus/WikiCommons

One of the most walkable cities in Greece, Thessaloniki is a great destination for every type of traveler. Whether you are visiting the city as a couple, a family or with a bunch of friends, you will see that Thessaloniki is perfect for active vacations. Here are the best walks to take in Thessaloniki, Greece.

Probably the most characteristic feature of Thessaloniki is its waterfront bordering the Thermaikos Gulf, which creates a unique atmosphere. The waterfront starts from the port, next to the Ladadika district, but you can stroll down from Aristotelous square and head to the shore, where the Nikis Avenue awaits. Take the time to enjoy the breathtaking view. Continue alongside the long street, lined with cafés and bars up until the iconic White Tower. The Nea Paralia is the renovated waterfront by the sea, which includes parks and green spaces and continues all the way to the Megaron Music Hall. Here’s a great place to have a break – do some people watching or read a book. Bikes are also available for rent if you wish to explore the seaside district of Kalamaria a little further down the way. 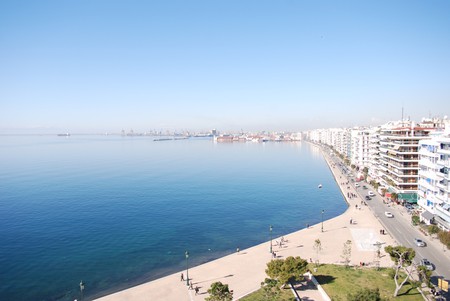 View from the top of the White Tower, Thessaloniki | © George Groutas/Flickr

Undeniably the most scenic and traditional parts of Thessaloniki is Ano Poli, which is also one of the best preserved areas. From Olympiados Street, head up towards the Old Town and its castle. Take a stroll along the small backstreets and admire the fascinating architecture. Ano Poli (meaning ‘Old Town’) is one of the only districts to have survived the 1917 fire that destroyed a great deal of the city. It has retained its charm and you will certainly enjoy the view from the top. The Eptapyrgio Castle, or Yedi Kule in Turkish, was built during the Venetian period (1423-1430) and is home to a plethora of traditional restaurants serving delicious meze. Continue your exploration towards the Northern Wall, from the Big Gate (Portara) that used to lead the way to the Acropolis. The Vlatadon monastery is nearby, from where you can enjoy great vistas of the city and the gulf. 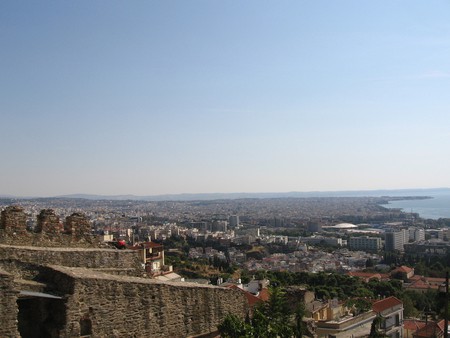 The recently renovated port of Thessaloniki is now home to several museums, including the Museum of Photography, the Cinema Museum and the State Museum of Contemporary Art. The dock is welcoming and has become a great relaxing place to take in the views over the waterfront and the city. Head west from Eleftherias Square and take the time to enjoy the picturesque district of Ladadika, which used to host oil stores, the port market and spice boutiques. Today, it is an entertaining destination with restaurants and bars. Continue towards Valaoritou district, also known as the Frankish Quarter, which has now become a major hub filled with cool bars and clubs.

About 15 minutes from the city center lies the Seih Sou forest, also known as Kedrinos Dasos, in the Saint Paul district. This green oasis is ideal for morning or afternoon strolls away from the bustle of the city. Ideal for walks, bike rides and picnics, Seih Sou forest is crisscrossed by a network of paths and trails, allowing you to tune off and relax surrounded by nature. One of Thessaloniki’s best-kept secrets, it is a little bubble of oxygen that will please anyone looking for some escape. 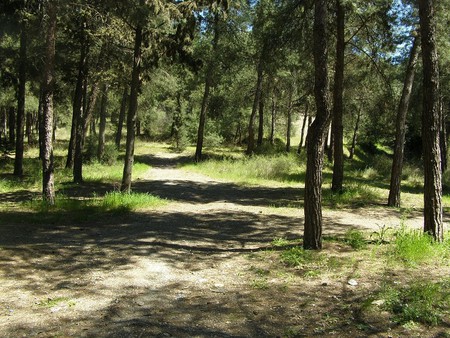 Located next to Egnatia Avenue, one of the city’s main roads, Dikastirion Square is your starting point to explore this portion of the city. One of Thessaloniki’s most stunning churches is located there, Panagia Chalkeon, which was built in 1208 on the site of a temple of Hephaestus. Bey Hammam, an important vestige of the Ottoman occupation is located next door. Head north to find the Roman Forum, or Ancient Agora, which was built between 42 BC and 138 AD. This is undeniably one of the most significant archaeological sites in Thessaloniki. From there, you are within close distance to the church of Agios Dimitrios, dating back to 306 AD. Make sure to visit the crypt, which contains early Christian sculptures and artefacts. End your walk at Bit Bazaar, a small square known for its many antique shops and small taverns which attracts both the young and old.

Don’t blame us, but a walk on Tsimiski Street definitely means you’ll stop at several stores. One of the most cosmopolitan streets, Tsimiski is lined with stores including souvenir boutiques, clothing shops, food stores and much more. The backstreets of Pavlou Mela and Iktinou hide several restaurants and bars and you should definitely walk all the way to Modiano and Kapani food markets before making your way down to Aristotelous Square. 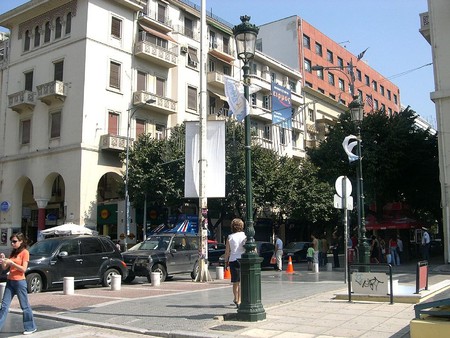