The Best Things to See and Do in Sifnos, Greece

A beautiful island in the western part of the Cyclades, Sifnos has remained under the radar thanks to the success of its sisters, Mykonos and Santorini. But the little Sifnos certainly deserves more attention. With its traditional Cycladic architecture, tranquil villages, stunning beaches and relaxed atmosphere, it has tons of sights worth visiting and many activities that will seduce visitors of all ages. Here are the best things to see and do in Sifnos.

Stroll around the medieval town of Kastro

The medieval village of Kastro is a fortified cliff-top village, east of Apollonia, Sifnos’ capital. Offering magnificent views of the sea, Kastro was built on the ruins of the former island’s capital and is one of the most picturesque villages in Sifnos. Part of the fortification walls still stand today and the village mainly consists of narrow streets, beautiful two-storey houses, old mansions as well as 16th-century churches. The village’s name comes from the castle that was built in the 15th and 16th century during the island’s Frankish occupancy. 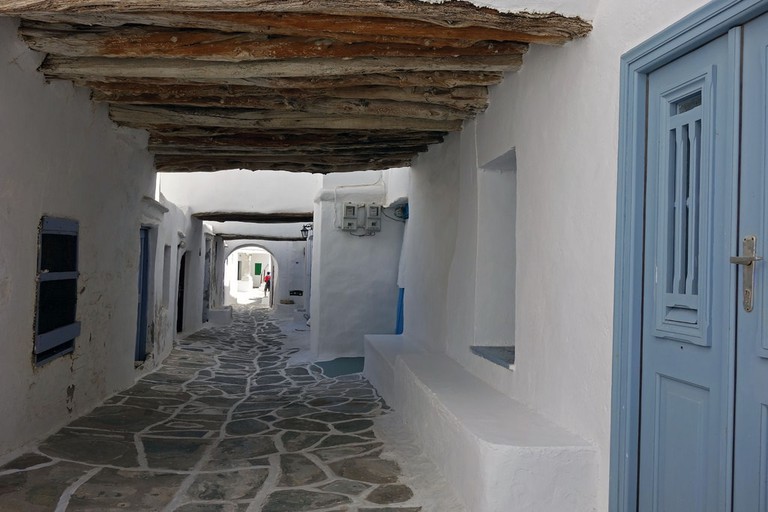 Visit the Archaeological Museum of Sifnos

Housed in a traditional building in Kastro, the Archaeological Museum of Sifnos includes collections of sculptures, such as headstones, architectural pieces and statues that date from the Archaic to the Roman period, as well as pottery found in castle ruins.

Explore the many churches on the island

Sifnos is known for its many churches. Depending on the sources, it is said that between 235 and 365 churches are located on the island, which makes ‘church-spotting’ a fun activity when sightseeing. The chapel of Seven Martyrs is probably the most popular church. Located at the entrance of Kastro, it sits on top of a cliff emerging from the sea. On the southeastern part of the island, the Monastery of Panagia Chrissopigi is also built on a rock, more specifically, on a peninsula connected to the island via a bridge. Built in the 16th century, it is associated with plenty of history and myths. Besides these, you will surely find forgotten chapels lost in the middle of nowhere and multiple churches. 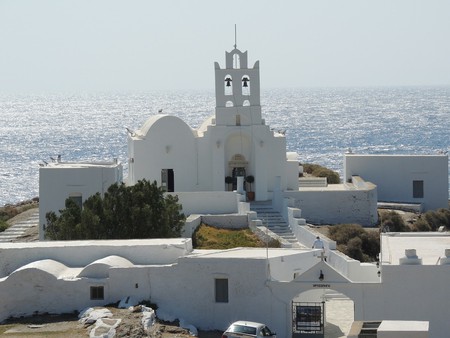 According to the National Geographic, Sifnos is considered one of the 10 most charming and exotic islands, among other destinations, such as the Bahamas, French Polynesia or the Seychelles. This is also true when it comes to snorkelling and scuba diving – this is your chance to pack your gear and go explore its shores. Several scuba diving centres are in operation so make sure you to have a good look.

Wander around in Apollonia

Built on three neighbouring hills, Apollonia is the capital of Sifnos. You will have a blast wandering its narrow streets lined with traditional Cycladic houses and small squares. Visit its charming boutiques in search of the perfect souvenir, sit on the terrace of a café for a delicious lunch or have a drink at one of the bars in town. Because of its laid-back atmosphere, you might even find yourself striking a conversation with locals and making new friends. 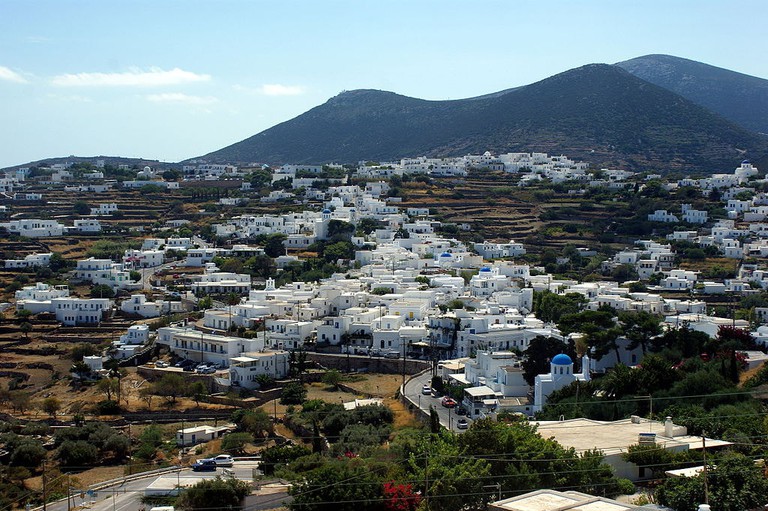 Did you know that Sifnos has a long tradition of pottery? Well, now you do. This is your chance to take advantage of the opportunity and learn all about this unique art form. Sifnos Atsonios pottery workshop in Vathi, by Tsopos beach, is one of the oldest pottery workshops on the island. Opened in 1870, the workshop is now in the hands of Anthony Atsonios and his son and can be visited if you want to see them work.

Hike your way around the island

Besides its beautiful beaches and crystal-clear waters, its villages and its many churches, Sifnos is an ideal island for walkers and hikers. The island is crossed by a network of trails that allow visitors to discover and explore the island, get a glimpse of its past and reconnect with nature. Whether you want to observe the island’s unique flora, explore off-the-beaten-path or find your own private beaches, a hiking adventure is definitely the way to go. 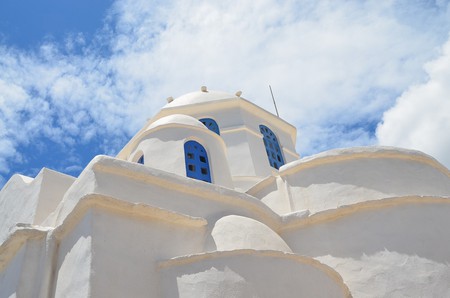