The Best Things to See and Do in Patras, Greece

View of Patras from the Castle | © Automatomato / Flickr
Patras, Greece’s third largest city, is probably mostly known for its port, which connects the country to Italy. But there is so much more to Patras than its harbor. The largest city in the Peloponnese, it is home to a beautiful castle, and thanks to its 20,000-student strong university, Patras has a surprisingly dynamic nightlife. Here’s what to do and see in Patras.

Visit the Cathedral of Agios Andreas

The largest church of the country, the Cathedral of Agios Andreas was built in the 20th century in the Byzantine architectural style. Seating around 5,000 people, the church was dedicated to Apostle Saint Andrews, the patron of the city. Tradition has it that he was martyred by crucifixion in the city of Patras, and the cathedral is an important pilgrimage shrine, as his skull and pieces of the cross he was crucified on are preserved in a reliquary by the altar. The church is also home to spectacular icons and paintings. 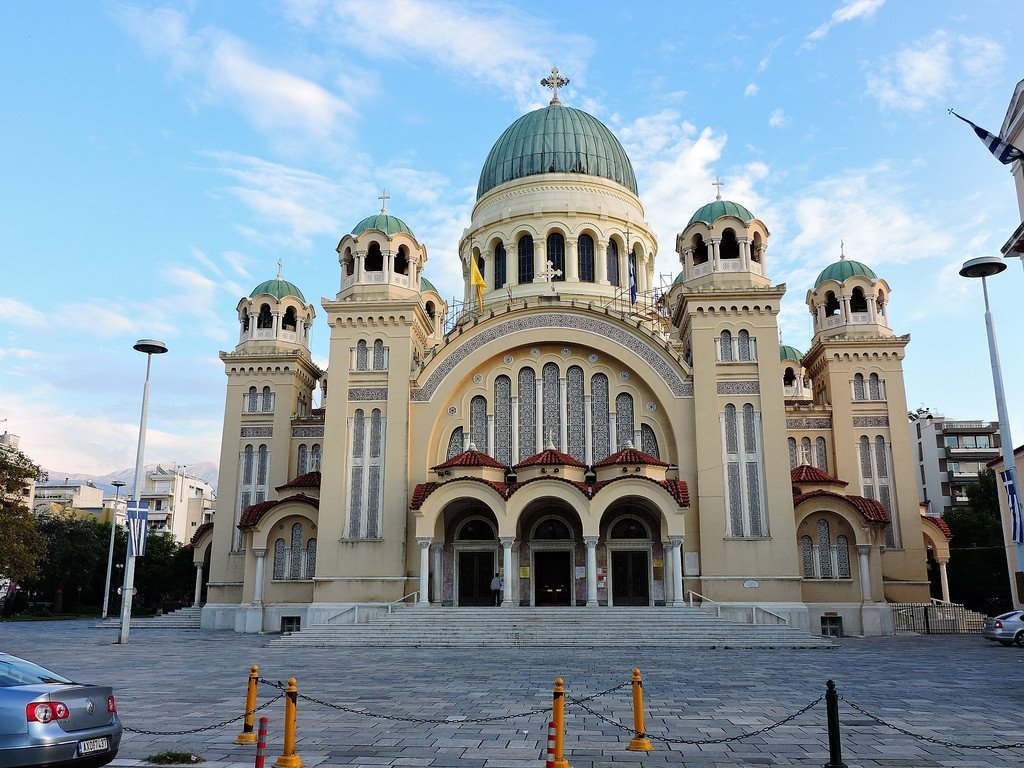 Stop by the Archaeological Museum

Opened in 2009, the New Archaeological Museum of Patras, housed in a modern building, is home to several collections that display the history of Patras and the wider region. Divided into four sections, three for permanent collections and one for temporary exhibitions, the exhibits focus on private and public life from prehistoric times to the Byzantine period. You can even see reconstruction of houses, as well as even a necropolis, showcasing the burial architecture. 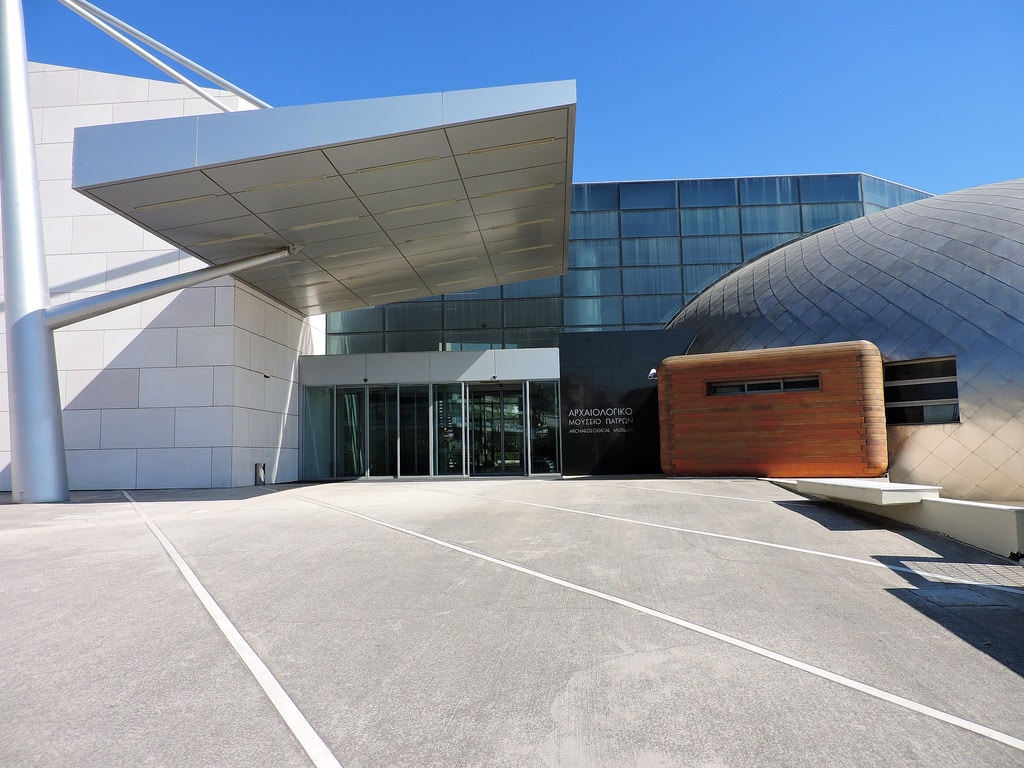 Entrance of the Archaeological Museum of Patras | © Dimitris Kamaras / Flickr

Relax at the Turkish Baths

If you’re not in a sightseeing mood, no problem! If you find yourself in Patras on a rainy day or simply don’t feel like playing the tourist, head straight to the Turkish Baths of Patras, an establishment that was first founded in the 15th century. A tranquil haven to relax, the hammam has been in function since and is open to men and women.

Have a look at the Roman Odeon

Built around 160 A.D., the Roman Odeon is located in the upper part of the city. Connected to the Roman Agora, the Odeon was destroyed due to earthquakes and wars and was forgotten for a while until it was rediscovered in 1889. However, it was only in 1956 that after many years of excavations, the Odeon regained its original shape. Today, it is used for concerts, theatrical performances, and other events. Once you’re done visiting the Odeon, take the time to have a coffee or a refreshing drink in the nearby cafés or bars. 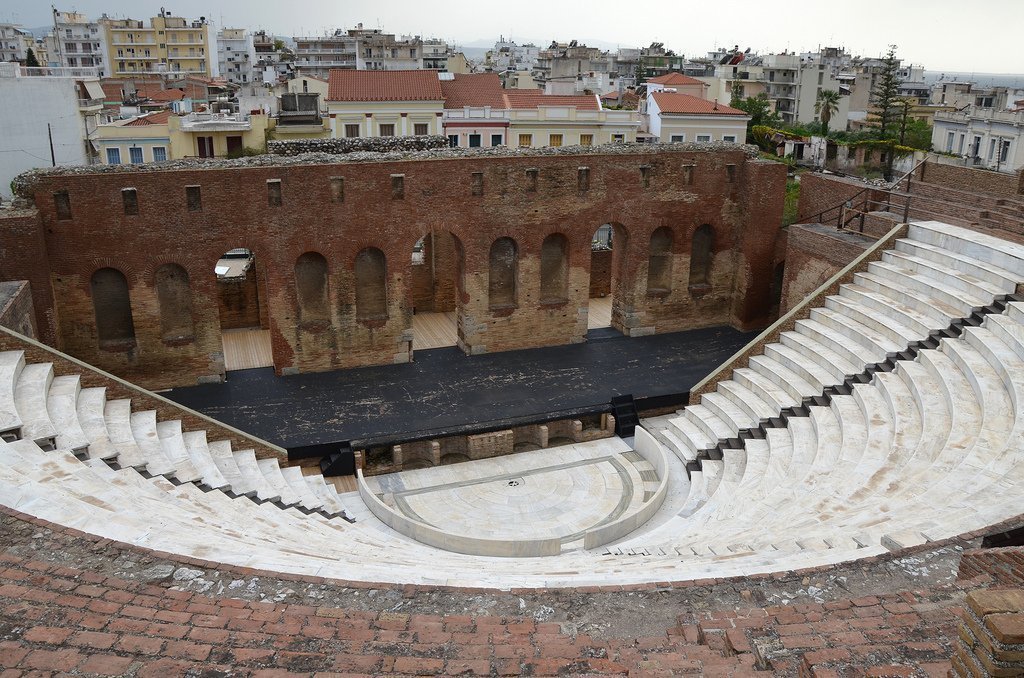 The castle of Patras, also known as Kastro, was built during the 6th century A.D. on the site of the ancient acropolis by Byzantine emperor Justinian. It served as an administrative center and the city’s defensive heart during the Frankish and Venetian rule of the city, as well as during the Ottoman era, and was each time fortified while new structures and buildings were added. Today, thanks to its position and history, the castle is a major attraction where visitors can enjoy panoramic views over the city and the sea.

Do some people watching at Plateia Georgiou

Plateia Georgiou (Georges Square) is Patras’ central square, is bordered with cafés and restaurants, and is definitely one of the best area to relax and do some people watching after exploring the city. Sit at a table, enjoy a refreshing drink, and take the time to admire your surroundings, such as the Apollon Theatre, a neoclassical structure built by German architect Ernst Ziller in 1872. 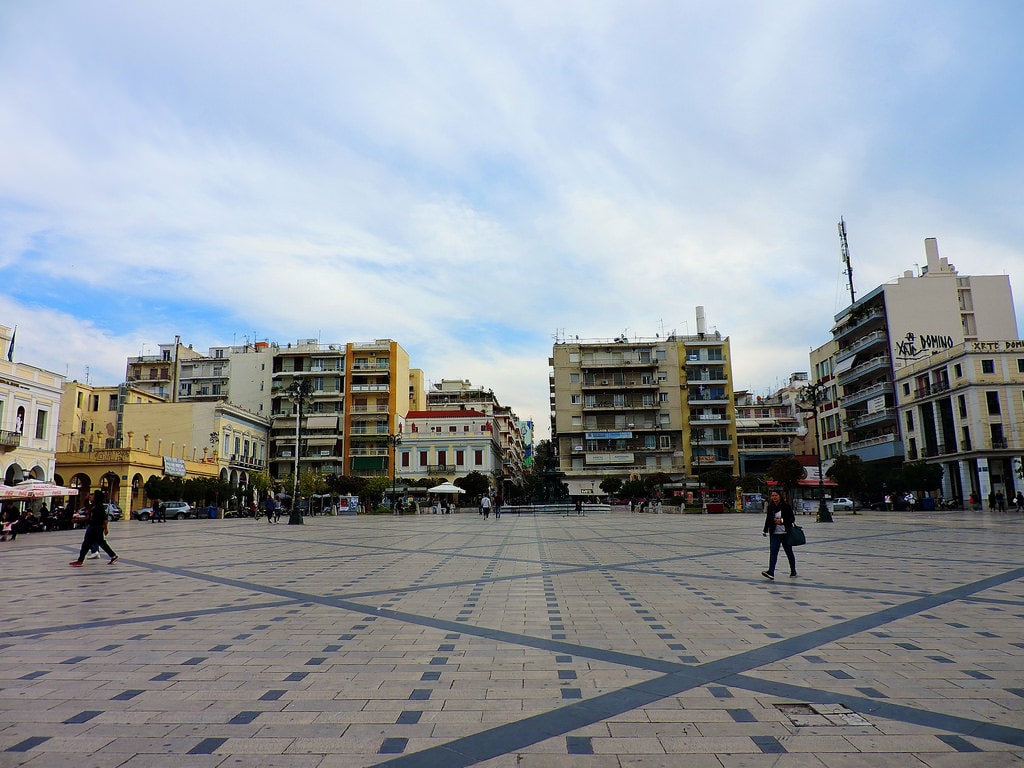 In case you didn’t know, Patras is famous around Greece and beyond for its Carnival, which is one of the largest in Europe. More a series of events than a single celebration, the Carnival festivities start on January 17 until Clean Monday and includes parades, balls, games, and activities for children. The peak of the celebrations happens during the last weekend of Carnival, when the entire city and thousands of visitors get together for the huge parade with floats and groups and the ritual burning of the carnival king. This 150-year-old tradition is sure to endure for many more years.

Pop by Bocas Bar for drinks

Bar, Beer, Wine, Cocktails, Pub Grub, Greek, $$$
Courtesy of Bocas Bar
Thanks to its strong student concentration, Patras is definitely an excellent place when it comes to nightlife. So why not take advantage of it and spend a night out with locals? Want to see what the fuzz is all about? Head to pedestrian Riga Fereou street. Lined with shops, cafés, and bars, it is definitely one of the top place to sample the local vibe. Our favorite hangout is Bocas Bar, where beer and wine are the specialty.
More Info
Open In Google Maps
39 Riga Fereou, Patra, 262 23, Greece
+306945053161
View menu
Visit website
Visit Facebook page
Send an Email
Give us feedback

You know we love us some good brunch joints, and this is one of the many reasons you should head to Gefyres. But there is more to this colorful café than meets the eye. In fact, Gefyres is a cozy place with the desire to fight against the stigma of mental health issues. As such, the place is staffed by people who suffered from mental issues to give them a second chance and help them reinsert themselves into society. But besides this noble mission, Gefyres is also an excellent place to attend cultural events, including live music gigs and book readings. But okay, the delicious Sunday brunch definitely makes it a favorite place to hang in Patras. 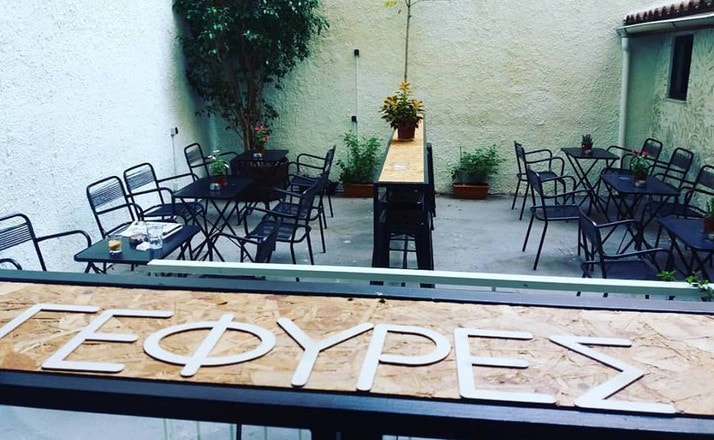