The Best Things to See and Do in Kythira Island, Greece 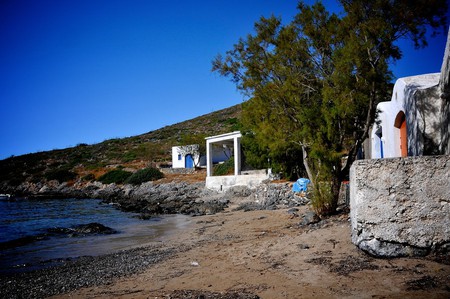 Lying at the southeastern tip of the Peloponnese peninsula, Kythira (Kythera or Cythera) is a tranquil island with a laidback vibe that is part of the Ionian complex. Located between the Ionian and Aegean seas, Kythira, despite its idyllic beaches, picturesque villages, jaw-dropping gorges and waterfalls, is a too-often-forgotten destination that surely deserves more attention. Want to explore this little paradise? Here is what you should see and do in Kythira.

Built on the southern tip of the island, on a hill overlooking the beach of Kapsali, Hora, with its Venetian buildings, is made up of stunning churches filled with splendid icons and frescoes, little squares and lush gardens. Offering splendid views over the beach, it is a very picturesque town you will surely enjoy visiting. End your wanderings at a café on the main square or with a refreshing dip at the beach. 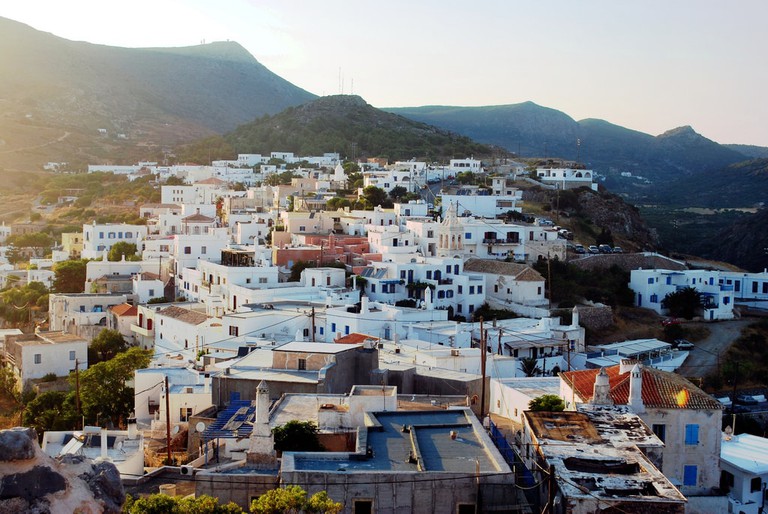 Make a stop at Kastro

Crowing the town, the Venetian castle of Hora, also known as Kastro, was built during the Venetian occupation of the island in the 12-13th century. The impressive structure offered the Venetians an excellent vantage point to observe the Ionian, the Aegean and the Cretan sea, giving the castle the name of the ‘Eye of Crete’. Home to four churches, including the Church of Pantokrator built in 1545, as well as the Historical Archive of Kythera, where visitors can learn all about the history of this little island, the Kastro allows for stunning vistas over the beach, including the island of Antikythira. 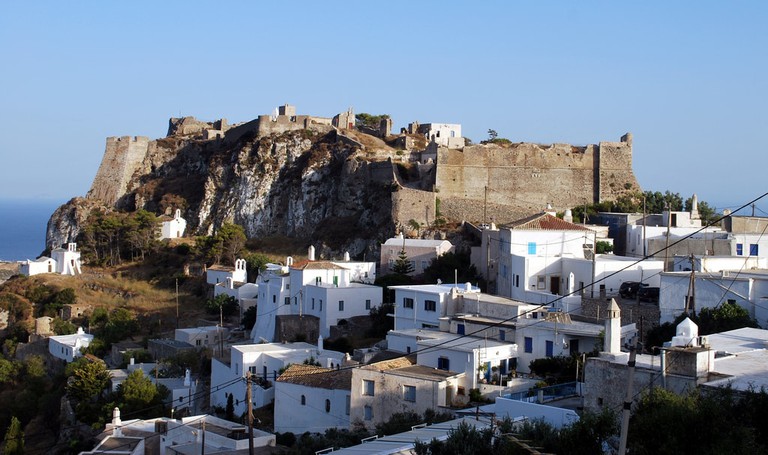 Don’t forget to pop by the Monastery of Myrtidiotissa

The largest monastery in Kythira, the Monastery of Panagia Myrtidiotissa, is located on the western side of the island, near Kalokairines. Dedicated to the patroness of the island, Panagia Myrtidiotissa (the Madonna of Myrtle), the monastery is considered the spiritual heart of the island. Legend has it that the icon of Panagia Myrtidiotissa appeared to a shepherd leading his flock to the water. He took the icon home with him, but the next day, the icon miraculously reappeared under the myrtle tree where he found it. The shepherd decided to build a small chapel for the Virgin, which still exists to this day, next to the current church. While you are there, don’t forget to visit the Stavros, a large cross offered by a sailor, located on one of the western hills of Kythira, which is an ideal spot to watch the sunset. 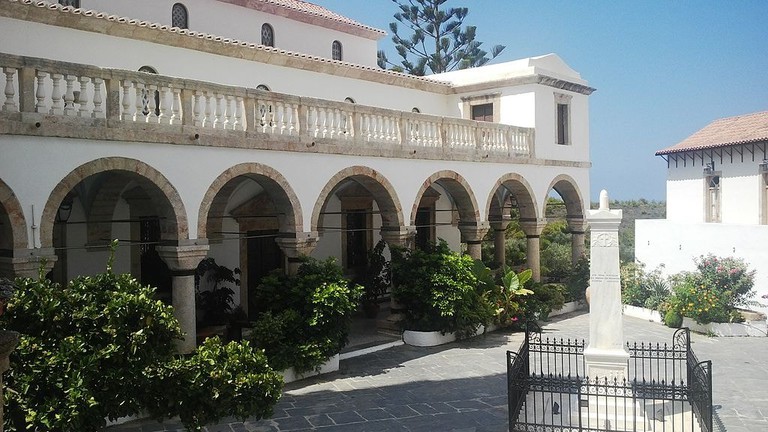 Get some history lessons at the Archaeological Museum of Kythira

Housed in a beautiful historical building in Hora, the Archaeological Museum of Kythira traces the history of the island with exhibits in two halls. The first houses important artifacts from prehistory to the Classical period, including a white marble statue in the form of a lion from the 6th century excavated in the 19th century in Paleokastro. The second room showcases findings from the Venetian period and more recent periods, such as a Renaissance marble statue of Aphrodite with Eros and tombstones from the English occupation.

For a nice day trip, hop on a boat to Antikythira (or Antikythera), a small island between Kythira and Crete. After a two-hour boat ride, you will arrive at Potamos, the island’s main village. With only 45 permanent residents, the island’s population increases during the summer, when it reaches around 500 people. The island, forgotten for many years, is quite rural and boasts unspoiled nature. You can explore the ruins of ancient Aigila in the bay of Xeropotamos, where you can take a refreshing dip or explore the southern shores, where you will find the lighthouse of Apolitara, near the creek of Karavostasi. Before heading back to Kythira, stop by one of the cafés in Potamos and enjoy a raki with a delicious platter of mezes to end the day on a high note. 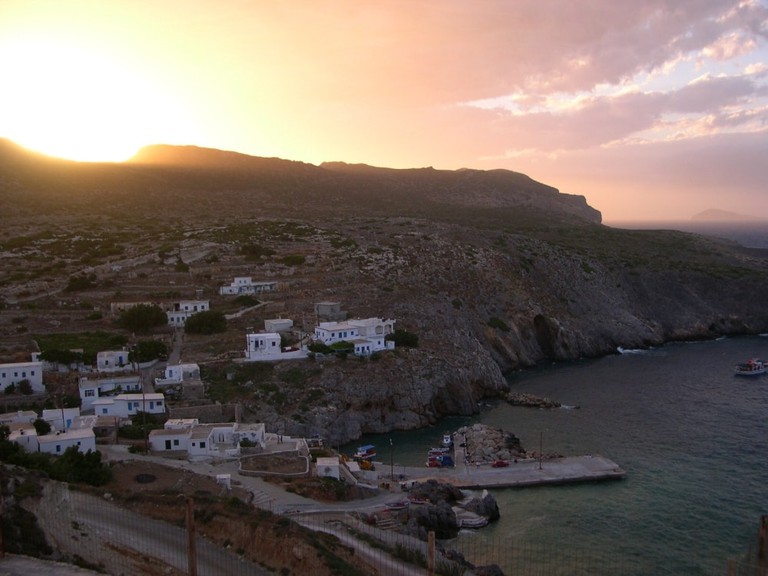 Stop by the Cave of Agia Sofia

Located near the village of Kapsali, the cave of Agia Sofia has impressive formations of stalactites and stalagmites, but the highlight of the cave is the little church you will find inside, dedicated to Agia Sofia. The church houses holy icons and beautiful frescoes. Remains dating from the early Christian period have been found in this cave, showing that Christian cults were held there.

Take a refreshing break at the Fonissa waterfalls

Near the village of Mylopotamos lies a lush valley where you will find cascading waterfalls. Only the brave dare to swim here as the water is quite cold, even in summer. This magical and green area, also called Neraida, includes a few abandoned watermills, stone bridges and towering trees. If you continue along the ravine, you will reach the beach of Kalami where you can take a refreshing dip and relax before heading back. 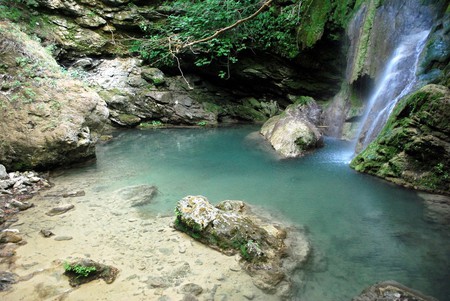 Relax on the beaches

Just like any Greek island, Kythira is home to spectacular beaches where you can relax and soak up some vitamin D. Surrounded by picturesque landscapes and nature, these beaches are bordered by clear waters and will surely entice you. The island counts a few organized beaches, such as Kapsali and Agia Pelagia. For those seeking tranquillity and seclusion, the beautiful beaches of Melidoni, Halkos, Agios Nikolaos, Platia Ammos or Lagada will certainly do. 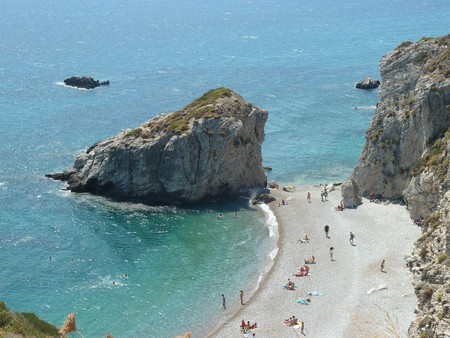