The Best Things to See and Do in Kastellorizo Island, Greece 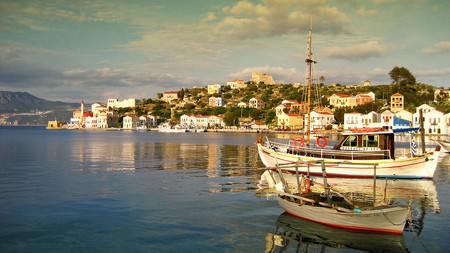 Also called Megisti, the little remote island of Kastellorizo lies at the easternmost edge of Greece and the Dodecanese complex. An important touristic attraction thanks to the 1991 Academy Award-winning motion picture Mediterraneo, it is known for the beauty of its harbor and its relaxed, laidback vibe. Here are some of the best things to see and do.

With its picturesque harbor, Kastellorizo town is the only village on the island. Known for its two or three-storied neoclassical mansions with wooden balconies, the town is built amphitheatrically and includes narrow streets and alleys, colorful facades and a resolute invitation to serenity. Explore its different districts, include Pera Meria, also called Palameria, and Kavos and we are sure you will ask yourself why you haven’t visited this little gem decades ago. 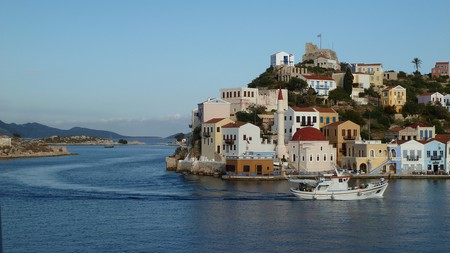 Make a stop at the island’s museums

Housed in a historic, listed building, called the Konaki, in the Kavos district of town. The Archaeological Museum is home to a collection of ancient finds, costumes and pictures. Of particular interest is the gallery dedicated to the history of ancient Megisti. The other galleries include early Christian and Byzantine artefacts and findings, traditional clothing and local culture and more. Down by the harbor, the Popular Art Museum, housed in an old mosque is definitely worth a visit if you want to learn more about the island’s past. 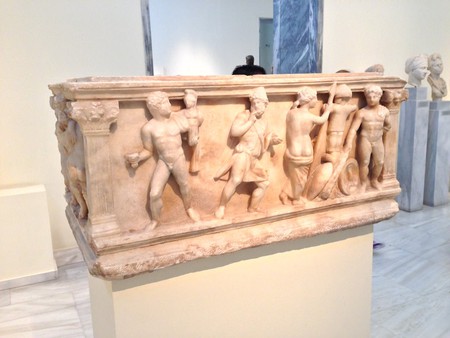 Ossuary in the form of a sarcophagus, found on Kastellorizo, Dodekanese. AD 150-200 | © Dimitris Kamaras/Flickr

Pop by the Castello Rosso

On top of the hill of Kastellorizo town stands the Knights of St John Castle, also known as ‘Castello Rosso’ because of the red rock on which it stood. You must have guessed it by now – this castle actually gave the island its name in medieval times. Built in the 14th-century, the castle offers splendid vistas of the Turkish shores. Below the castle, visitors will also get the opportunity to admire a Lycian tomb carved in the rock and dating from the 4th-century. 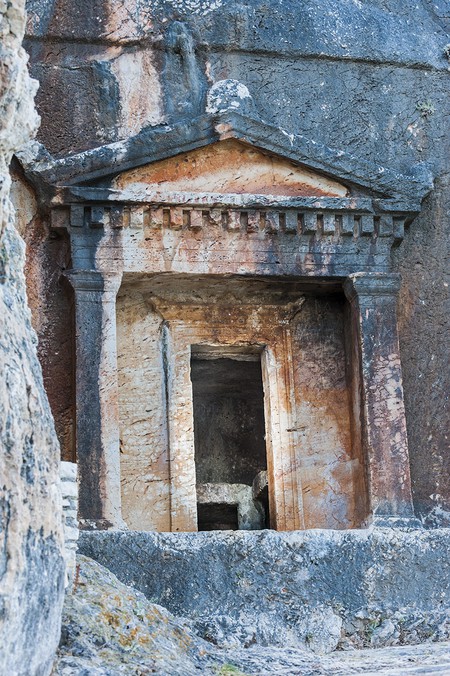 Roughly two kilometers away from the main village, Palaiokastro, which means Old Castle, is a fortress that has remained preserved since the Byzantine period. The fortress is home to several chapels and churches, including the Panagia tou Kastrou (Our Lady of the Castle) and Agios Stefanos church, located within the castle grounds. The area still counts several cisterns built during the Turkish Occupation.

Kastellorizo may not have long stretches of sandy beaches but it still boasts rocky coves and flat rocks from where you can enjoy jumping into the turquoise waters. You can opt to swim near the harbor but if you prefer secluded corners, take a taxi boat or simply explore the coast and find your own spot to jump from.

Do some snorkeling and scuba diving

As the island was a major harbor in the 19th-century, the shores of Kastellorizo and the neighboring islets include many interesting wrecks and treasures to explore. While there is no actual diving centre on the island, you can still take advantage of the clear waters to go snorkeling near the shores. Otherwise, cross to Kas, on Turkish land and join the fun exploring the coast with one of the centers located on the port. 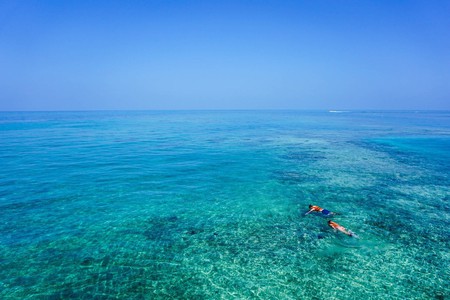 Spend the day in Kas, Turkey

Since there is only approximatively two kilometers separating Kastellorizo to the Turkish shores, one perfect day trip would be to visit the nearby resort town, Kas. The tranquil town is known for its booming scuba diving scene, as well as its Lycian history. Also, because of the exchange of populations between Greece and Turkey after the Greco-Turkish War in 1923, Kas is home to many abandoned Greek houses which still stand today, as well as some Lycian sights worth exploring. 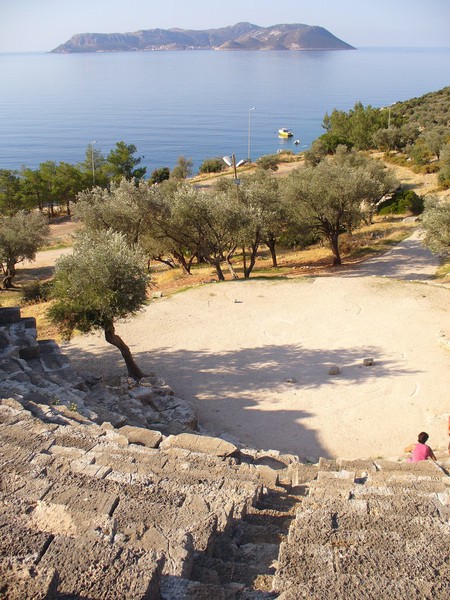 View of Kastellorizo from the Lycian theatre of Kas, Turkey | © QuartierLatin1968/Flickr

Explore the surroundings with a boat

Kastellorizo is the biggest island of a small archipelago, which includes the islets of Ro and Stroggyli. Besides this, you can also take the opportunity to reach other areas of the island by boat, as Kastellorizo is home to several sea caves, with the most spectacular being the Blue Cave, known for its rich collection of stalactites.

Hike your way across the island

Spreading like a triangular plateau south of the main town, Kastellorizo is a rocky island crisscrossed by old paths and dirt tracks. Pack your hiking gear and enough water supplies and get ready to discover this forgotten land. Dotted with abandoned chapels, hidden beachy coves, ancient ruins and old farms, the island is definitely explorable by foot, as cars and motorcycles are prohibited. 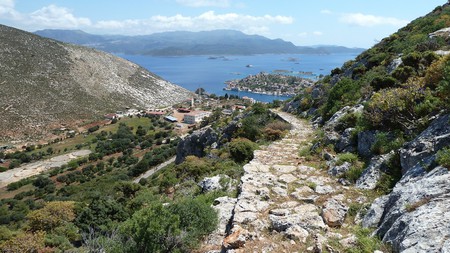 Kastellorizo is a climbing paradise | © Kostas Limitsios/Flickr
Give us feedback