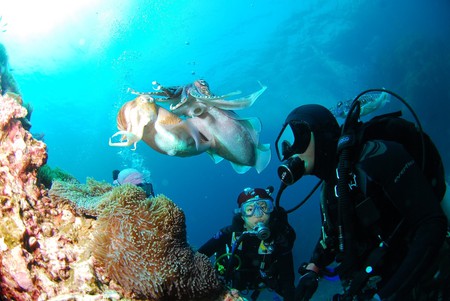 A country with over 16,000 kilometres (9,942 miles) of coastline, Greece has a lot to offer to scuba diving enthusiasts. While scuba diving was limited for a long time because of strict regulations, today, it has been enjoying a surge in popularity. Here are the best scuba diving spots you can find in Greece.

With a dramatic coastline, Crete is definitely a great location when it comes to scuba diving. And if you are fascinated with marine life, then head to Schinaria (or Skinaria), located south of Rethymno. Indeed, the seabed of this little beach hosts a variety of morays, blackfish, octopus and other marine species in abundance. With its impressive water clarity, Schinaria Beach is often a compulsory scuba diving destination when exploring the sea across the island. 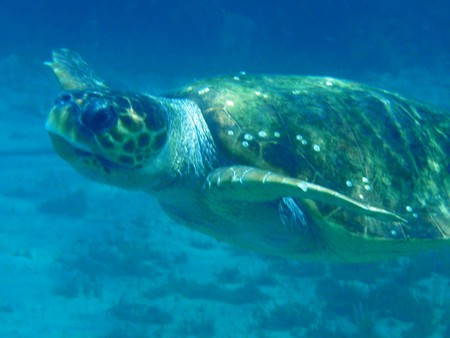 Kea, wreck of the HMHS Britannic

If exploring sunken wrecks sounds fun, then you are in luck because Greece is home to one of the most famous wrecks in the world. The HMHS Britannic was a WWI hospital ship that sank off the coast of the little island of Kea, also called Tzia, in 1916. A word of caution is needed as the depth and complexity of the wreck makes it a difficult dive for beginners and should only be explored by advanced divers.

On the northwest coast of Corfu, Paleokastritsa is known for its beaches bordered by crystal-clear turquoise water. As such, the rocks and reefs of the coastline nearby provide ideal underwater playgrounds for diving enthusiasts. Kolovri Beach is a favourite, as it hosts reefs up to 40 metres (131 feet) in depth as well as an underwater archway. 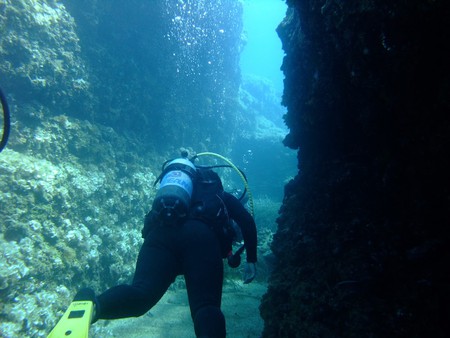 Diving off the coasts of Corfu | © Danny Thompson / Flickr

As a volcanic island, Santorini offers exciting scuba diving possibilities. One of the best spots is Nea Kameni, formed by a volcanic eruption. The Santa Maria wreck, a 34-metre-long (112ft) steel passenger ship that sank in the Taxiarachis Bay in 1975, is 18m (59ft) under the surface and awaits divers, even those who lack a lot of experience. Furthermore, the nearby waters feature rocks, underwater lava formations and sea caves worth exploring.

On the northwest side of Lesvos (Mytilini), near the village of Petra, the Mirmigi Reef is a popular dive site, blessed with abundant marine life and beautiful topography, including volcanic formations. Perfect for beginners thanks to excellent visibility and the absence of currents, the reef starts at roughly 5m (16ft) and progresses down to 36m (118ft) deep. 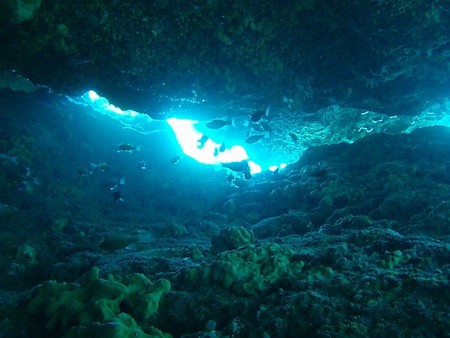 Diving in Greece is definitely worth it | © Robert Emperley / Flickr

Cephalonia, wreck of the HMS Perseus

The Ionian island of Cephalonia is also an attractive destination thanks to its incredible coastline, spectacular beaches, and diverse nightlife. But for divers, it is the wreck of the HMS Perseus that does the trick. This British submarine built in 1929 sank during WWII in 1941, after striking an Italian mine, 11 kilometres (6.8 miles) off the coast. The wreck lies 52m (171ft) below the surface and is definitely a favourite with divers.

If you are visiting Crete and find yourself near Chania, make a point of exploring the Elephant’s Cave. This partially filled underwater cave lies in the Drepano area in Akrotiri. Home to an impressive series of red and white stalagmites and stalactites, it is a fascinating dive for experienced divers. The cave, shaped throughout several millennia, is home to a unique treasure: the fossilised remains of an extinct elephant, including vertebra, teeth, and a tusk. Remains of other animals are also visible. 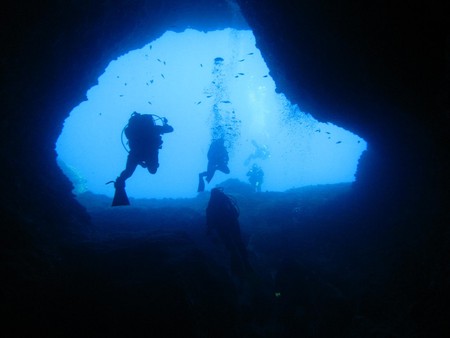 Off the coast of Zakynthos, the uninhabited island of Marathonisi is one of the main nesting zones for the Caretta Caretta sea turtles. As such, diving in the area will allow you to spot loggerheads turtles swimming around, but you will also get a glimpse of local species, such as flying fish, octopi, eels, and parrotfish. 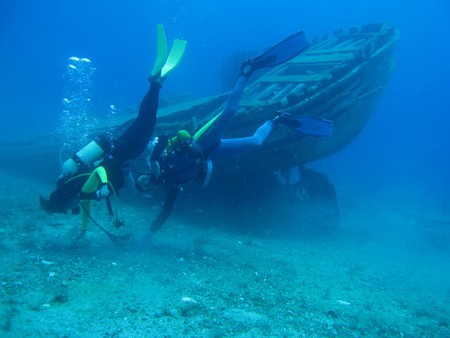 Lovers of wreck diving, gather around. Mykonos may be the Greek party island, but there is about to be a party under the waves too. Sunk in the southeastern region of Mykonos is the wreck of Anna II, a 62-meter-long (203ft) cargo ship, which is a perfect playground for wreck diving experts. The ship, at the ideal depth of 25m (82ft), is still in great condition and is accessible for some exploration, but the surrounding area is equally captivating, especially the reef and its colonies of sponges.