The Best Hiking Trails In Greece 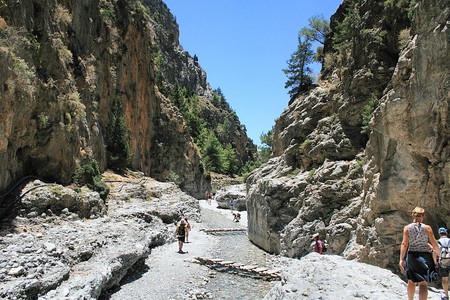 With 80 percent of its area covered in hills and mountains, Greece is a hiking and trekking paradise. Even the islands offer scenic trails that allow you to discover and explore the land from another perspective, so if you want to find out where to hike on your next trip, Culture Trip has put together a list of some of the best trails in this beautiful Mediterranean country.

Seventy-five kilometers long, the Menalon Trail is a mountain hiking path that runs through Gortynia, in Arcadia, the heart of Peloponnese. With a diverse landscape of rugged mountains, canyons, and verdant valleys, the trail passes through picturesque villages, such as Nymfasia, Elati, and Dimitsana, and includes eight sections varying in difficulty level and length, all of which are worth exploring. 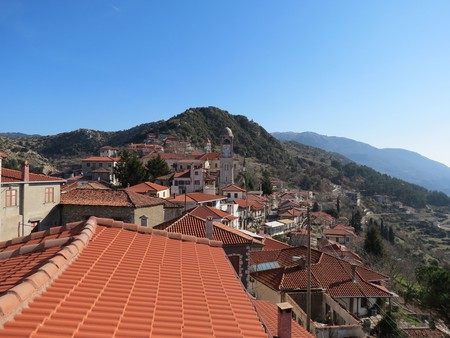 Another hiking gem in Peloponnese is the Viros Gorge, which begins at the Taygetus summit and reaches all the way to Kardamili Bay. Since the trails are quite rough without many markings, be sure to go only as far as the Viros river springs; if you go any farther, the routes become more difficult. The trail starts at Old Kardamili and follows the river bed into the gorge. Once you’ve reached the valley, make sure to make a stop at the monastery of Lykaki, which deserves a look, especially its frescoes from 1783. The hike to the springs takes about 2.5 hours, and along the way, you will see caves, cliffs, and wildlife in their natural setting.

On the easternmost point of the Halkidiki Peninsula lies the mountainous area of Mount Athos, the Holy Mountain (or Agio Oros in Greek), a monastic state that is home to 20 imposing monasteries. Known for its stunning beauty, the sacred mountain is a secluded place and an ideal destination for hiking aficionados as it is blessed with numerous paths – in varying lengths and difficulty levels – incredible fauna and flora, and unspoiled beauty. Remember, however, that this religious state does not allow women and young children to visit. 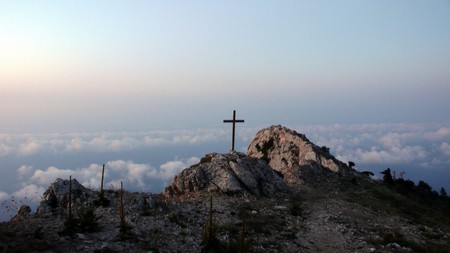 A World’s Biosphere Reserve, the Samaria Gorge is a magnificent national park in southern Crete. The trail is 13-16 kilometers in length and allows you to explore the whole park while following the river. It is a very scenic path that passes through many beautiful Byzantine ruins and breathtaking nature, but if you do not feel like traversing the whole trail, a few alternative routes are possible. 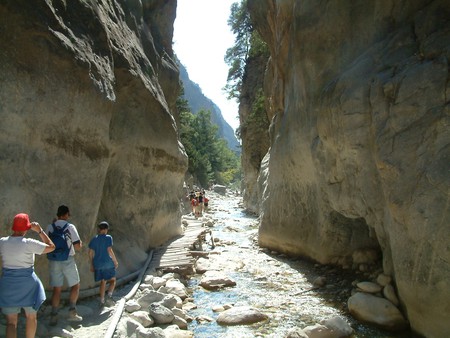 Halfway between Athens and Thessaloniki stands the Pelion Peninsula, a very green area where the old mule paths, called kalderimis, that once connected one village to another have been cleared and signposted to serve as scenic hiking routes. Accessible to all experience levels, the trails start from several villages, including Kala Nera, Milies or Tsagarada. According to Greek mythology, the area was home to the Centaurs, mythical creatures that were half man, half horse; however, today, the area is blessed with a rich eco-diversity, boasting beautiful sceneries where old stone buildings, churches, monasteries, and ruins silently rest near the water springs. 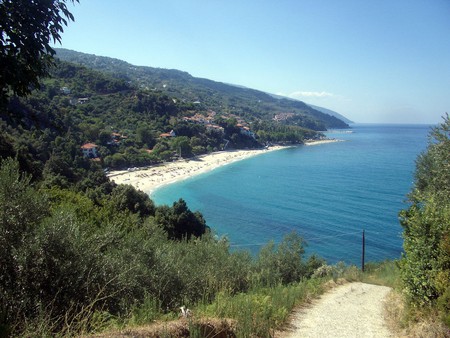 Humble Epirus is one region in mainland Greece that is often overlooked, but it has some of the most scenic landscapes in the country. One of the highlights is the Vikos Aoos National Park in Zagori, a region with many traditional, stone villages and magnificent vistas of the Pindos Mountains. Rising 2,000 meters, the peaks of the mountain range and the dragon lakes will attract you with their beauty. Hiking in the Vikos Gorge, recorded as the deepest gorge in the world by the Guinness Book of Records, is a memorable experience, as is visiting the small, picture-perfect villages in the region. 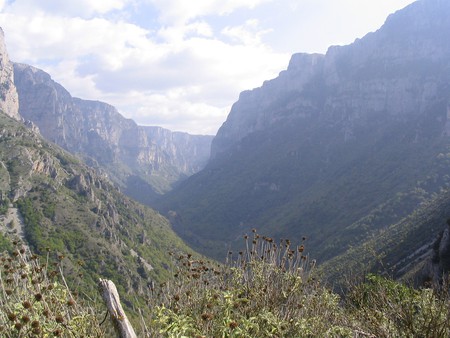 Established in 2001, the Corfu Trail, a 220-kilometer walking route, meanders through the island’s often forgotten, untouched central landscape. The scenery along the way is stunning, complete with beaches, olive groves, and rugged gorges. Before setting out on your hike, check out the Corfu Trail’s official guide book, The Companion Guide to the Corfu Trail, which is available as a pdf file and allows you to discover the less explored part of the island. 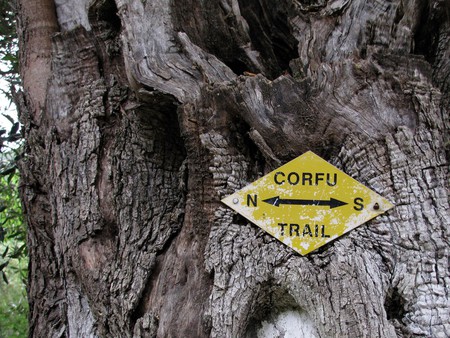 As the highest peak in the country, Mount Olympus is another hiking paradise. Mythology has it that Olympus’ peaks (52 in total) were known to be the seat of Zeus, the god of gods. Home to diverse flora and birds, it became the country’s first ever national park in 1938, and with an extensive network of trails exceeding 160 kilometers, Mount Olympus is a magnificent destination for hikers, offering glorious vistas of the surrounding areas. You can even take advantage of the refuges located in the mountain and plan a two- or three-day trip. You will be amazed. 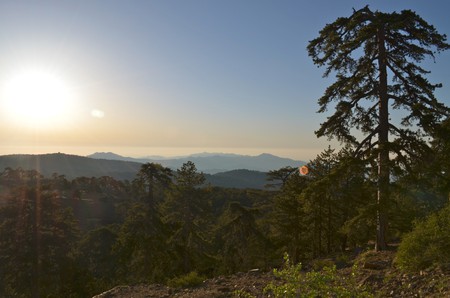