The Best Books by Nikos Kazantzakis You Should Read

Νikos Kazantzakis is one of the most important Greek authors and the mostly translated Greek author world-wide. He was born in Heraklion, Crete in 1883 and died in Freiburg in 1957. He was a controversial figure and was even excommunicated by the Greek church. His unique personal philosophy can be summarized by his phrase: “I hope for nothing. I fear nothing. I am free.” 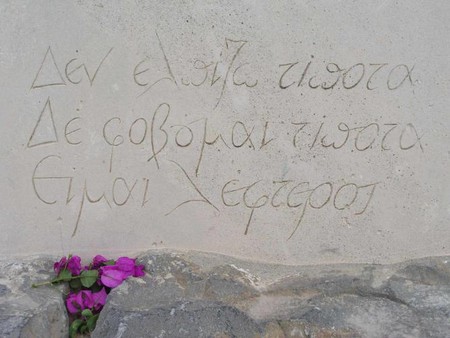 The narrator meets Zorbas in a traditional small cafe in the port of Piraeus, where he was waiting for the boat to Crete. He was surprised by his authentic and direct attitude and the two men start talking. A unique relationship begins, based on the fundamental contradiction of the spiritual and the material world, with the narration of Zorba’s life, his family problems, love affairs and more. The successful novel was adapted into the homonymous 1964 film by Michael Cacoyannis, as well as a 1968 musical named Zorba.

The Last Temptation of Christ

Kazantzakis creates a fascinating story that focuses on the human nature of Jesus Christ, not changing the essence of the Bible and the holy books but following a different approach and other priorities. Jesus is portrayed as a man who has to decide between a mortal yet joyful life and an eternal life close to his father, God. This painful contrast shapes a hypothetical yet interesting deep analysis of the god/man psychological situation and identity and is the reason why the Greek church excommunicated Nikos Kazantzakis. 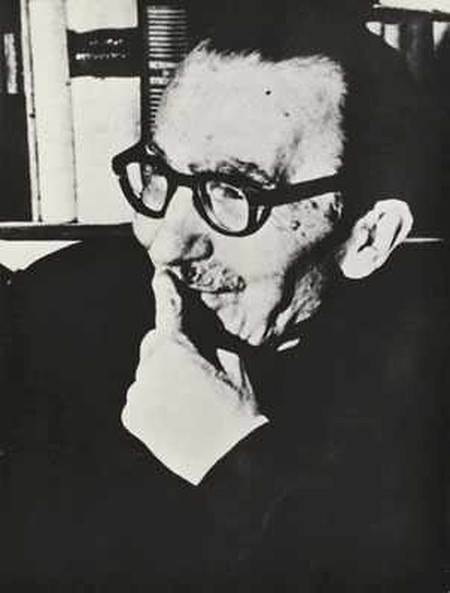 The Saviors of God

This book summarizes the author’s personal philosophy, the fruits of Nikos Kazantzakis’ spiritual agonies and explorations. According to it, people need God, but God also needs the people as a basis for his establishment. The establishment of God within our lives, ideas and bodies in interaction with nature leads to the development of the world and human societies. Stefan Zweig (Schachnovelle) wrote a letter to Kazantzakis, to tell him that this book does not belong to him, but to the whole of mankind. This magnificent supernatural trip has been translated in countless languages and belongs to the masterpieces of the international modern literature.

The Odyssey: A Modern Sequel

The Odyssey of Nikos Kazantzakis is an epic, 24-book poem, based on Homer’s Odyssey. It is a hymn to the fragile glory of humans and a recognition of the fact that human happiness always contains sadness and loss. An authentic, unfiltered reflection of Kazantzakis’ ideology and metaphysical concerns, highlighting the importance of struggle for its own sake, as opposed to reaching a final goal. 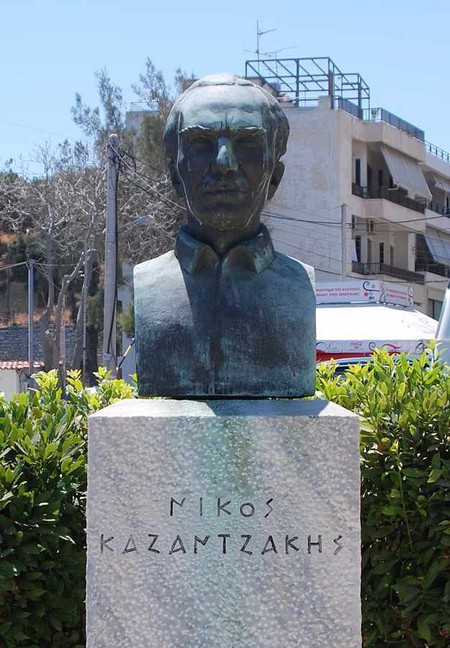 Friedrich Nietzsche on the Philosophy of Right and the State

Before Kazantzakis became a famous author courtesy of his tremendous literary skills, he was focused on exploring Nietzsche’s school of thought while studying law in Paris. This dissertation on Friedrich Nietzsche’s political and legal philosophy is the result of Kazantzakis spiritual ‘familiarity’ with Nietzsche, which has been a landmark in the Greek author’s own philosophy. Even though he did not accept his whole theoretical system of ideas that overcame logic, he was heavily influenced – and this is not solely seen in this book, but also in various other literary works of Kazantzakis, through his characters and their expressed beliefs.