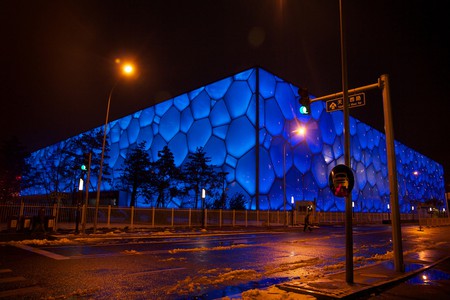 Sporting venues are often overlooked in discussions of great architectural and engineering achievements. But they’re often just as worthy of our attention, especially Olympic venues that have been designed by leading architects and seen huge amounts of investment put into them. Here are some of the most amazing Olympic Stadiums that have acted as the main venue for the Games or been used for important events.

The Los Angeles Memorial Coliseum was the main venue for the Games in 1932 and 1984 and is the current home of the University of Southern California Trojans football team and has been used for lots of baseball. A National Historic Landmark, the ‘Memorial’ bit of the name refers to the soldiers killed in the First World War, which was fresh in the mind when construction began in the early 1920s. The architects were John and Donald Parkinson who used the Art Deco style to create the iconic arch, in front of which is the Olympic Gateway sculpture built for the 1984 Games. A Billy Graham rally in 1963 saw 134,254 people gather at the coliseum. 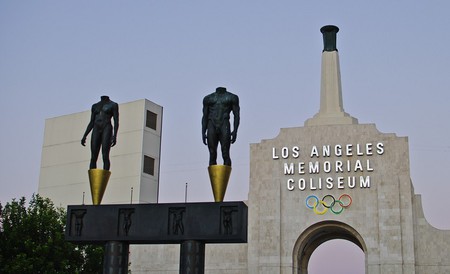 The Olympic Stadium built for the hugely successful 2012 Games is set to become home to West Ham Football Club. Since the Olympics, it’s also hosted Rugby World Cup matches and will be the venue for the 2017 IAAF World Championships. The impressive stadium was designed by the Populous architects who were also behind Stadium Australia, the O2 Arenas in Berlin and London, and Arsenal’s Emirates Stadium. During the Games, the stadium held around 80,000 spectators, but this has been scaled down to around 60,000 for future events. The stadium looks especially good when lit up at night and was in the running for the Stirling Prize from the Royal Institute of British Architects. 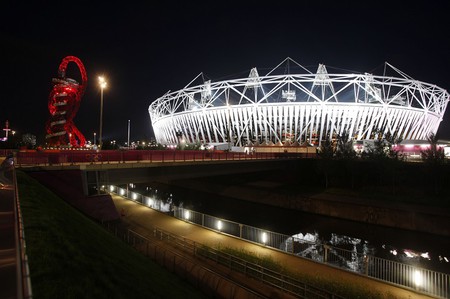 (c) The Department for Culture, Media and Sport/Flickr

Also styled as the Estadi Olimpic de Montjuic and the Estadi Olimpic Lluis Companys, it was built in 1927 for the International Exposition of 1929 held in Barcelona. Curiously, the very first sporting event held in the stadium was a football match between a Catalan side and Bolton Wanderers. It was hoped that the stadium would attract the 1936 Games, but they went to Berlin. Following renovations in 1989, the stadium was used for the 1992 Olympics – the only thing that remained from the original stadium was the impressive façade with its towers and cupolas that merged Moorish influences with modernism. 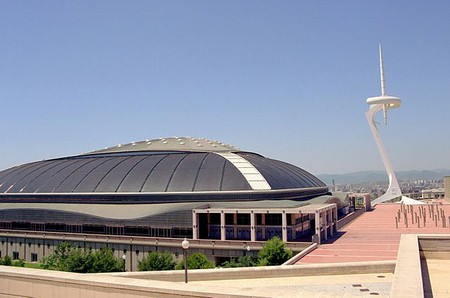 Montreal’s Olympic Stadium looks like something out of a science-fiction movie. The main venue for the 1976 Olympics is incredible in its appearance and for the huge overspend it led to, having cost well north of a billion and half dollars in repairs and modifications since it was built in the mid-70s. The design was by Frenchman Roger Taillibert, in the style of Organic Architecture that mimics natural forms. The vast tower that looms over the ovoid stadium is the tallest inclined structure in the world and wasn’t completely finished when the Olympics came around in 1976. 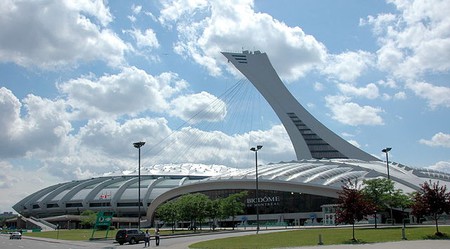 This one is too good a piece of architecture to miss out. Designed for the pool events of the 2012 Games in London by the great architect Zaha Hadid, the head of the IOC, Jacques Rogge, described the London Aquatics Centre as ‘a masterpiece.’ It sits opposite the Olympic Stadium and the ArcelorMittal Orbit sculpture by Anish Kapoor in the Olympic Park. The undulating roof of white precast concrete is supposed to mimic the fluid motion of a wave. Aesthetically brilliant, it’s now open to the public as a pool and diving center and will be used for major pool events in the future.

The Beijing National Stadium is better known as the ‘Bird’s Nest’ for its exterior mesh of steel columns and supports. The 2008 Games were held here, where Usain Bolt announced himself on the world stage. The extraordinary design was put together by a design team that featured Swiss architects Herzog and de Meuron, China Architecture Design and Research Group, and the artist Ai Weiwei and was influenced by designs found on Chinese ceramics. The stadium held 91,000 spectators during the Games, took five years to build and is the world’s largest steel structure, utilizing 26 kilometers in its construction. 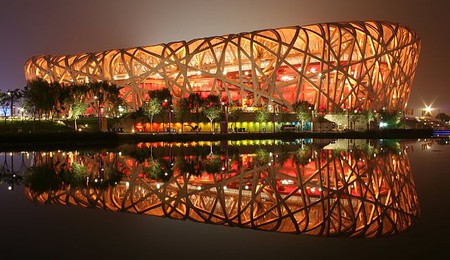 The home of the 1980 Games was originally built in the 1950s as the Soviet Union’s premier sporting venue, and it was still called the Central Lenin Stadium until 1992 when it was re-named the Luzhniki Stadium. It was given a thorough renovation for the Games when it was the showpiece of the Soviet Union to the West. The capacity reached over 100,000 in the massive, imposing, brawny stadium – the same virtues as so many Soviet athletes of the era. More recently, the Luzhniki Stadium was the venue of the 2008 Champion’s League final between Chelsea and Manchester United and is scheduled to host the 2018 Football World Cup Final.

The Olympiastadion in Munich is an unmistakable sight. The former home of Bayern Munich, venue of the 1974 World Cup final, and the main venue for the 1972 Olympics was built between 1968 and 1972 to a groundbreaking design. The huge stadium is covered not by a roof but transparent canopies of glass and steel cables in shapes that imitate the mountaintops of the Alps. Also a major concert venue with a capacity of upwards of 70,000 spectators, the likes of U2, Michael Jackson, and Simon and Garfunkel have played at the Olympiastadion. 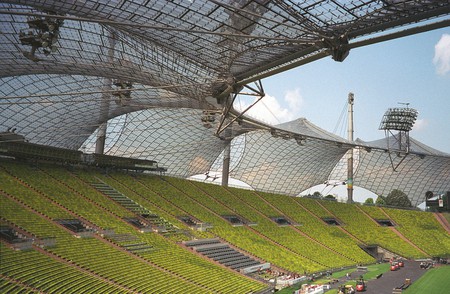 Stadium Australia – or the ANZ Stadium as it’s now known – was built for the 2000 Sydney Olympics by the same firm of architects, Populous, who did the London Stadium in 2012. The largest Olympic stadium ever, it could hold over 110,000 spectators during the Games, with a record attendance of 114,714 at the opening ceremony. The extraordinary saddle-shaped roof was constructed from translucent polycarbonate to shade the spectators while controlling the atmosphere within the stadium. Since the Olympics, redevelopments mean that the shape of the playing arena can be changed rapidly to switch between rugby, cricket and soccer. 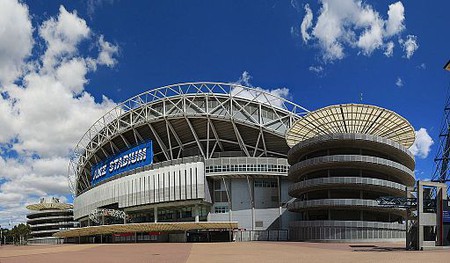 The Spiros Louis Stadium takes its name from the very first winner of the marathon at the inaugural 1896 Games. Athens is also home to the Panathenaic Stadium where those first Games were held too, but the modern Spiros Louis Stadium was given a futuristic re-design in time for the 2004 Olympics by the Spanish architect Santiago Calatrava. Originally built in the 1980s and the venue for the 1982 European Athletics Championships, a new hydraulic roof system was put in place by Calatrava. It’s also home to AEK, the third of Athens’ big football clubs alongside Olimpiacos and Panathinaikos. 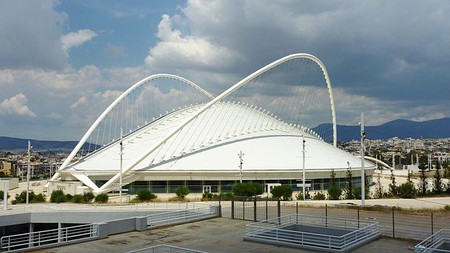 The Berlin Olympic Stadium was built for the infamous 1936 Olympics to the designs of Werner March on the grounds of the Deutsches Stadion designed by his father for the 1916 Games that were cancelled due to the First World War. The 1936 Olympics were the Nazi Games, attended by Hitler in a stadium built by his evil regime. It is, though, a remarkable piece of design, an expression of Nazi power and German strength in the imposing Neo-Classical style used during the Third Reich for many public buildings. Later used by the British military during the occupation of Berlin, it then became home to football club Herta Berlin. 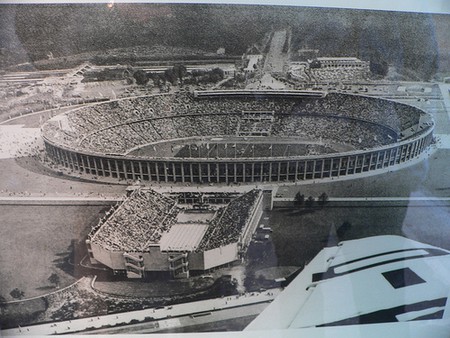 The so-called ‘Water Cube’ is one of the most striking of all Olympic venues. It was the venue for the pool events during the 2008 Olympics and will be used again to host curling in the 2022 Winter Games in Beijing. The design was chosen from amongst ten others and developed by a consortium of Australian and Chinese architects. Rectangular in shape, it is covered on the outside with luminous blue bubbles that symbolize water. The outer layer is clad in ETFE, a form of plastic and the same material that is used at the Eden Project.