The Best Things to See and Do in Halkidiki, Greece 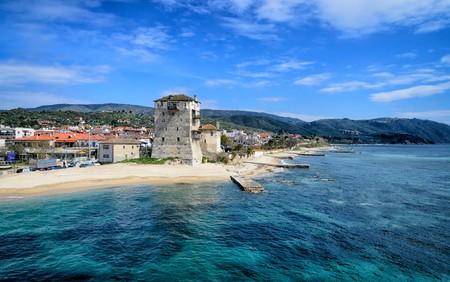 From the traditional village of Arnaia to the monasteries of Mount Athos, Greece’s Halkidiki region is packed with arresting things to see. There are also plenty of things to do, from birdwatching to sea kayaking.

While most visitors to Greece go straight to the islands, those in the know head north, past Thessaloniki to the Halkidiki region. Here, you’ll find Mediterranean forests, ancient archaeological sites – including Aristotle’s birthplace – and some of the best beaches in the country. Read on for Culture Trip’s guide to what to do in Halkidiki. 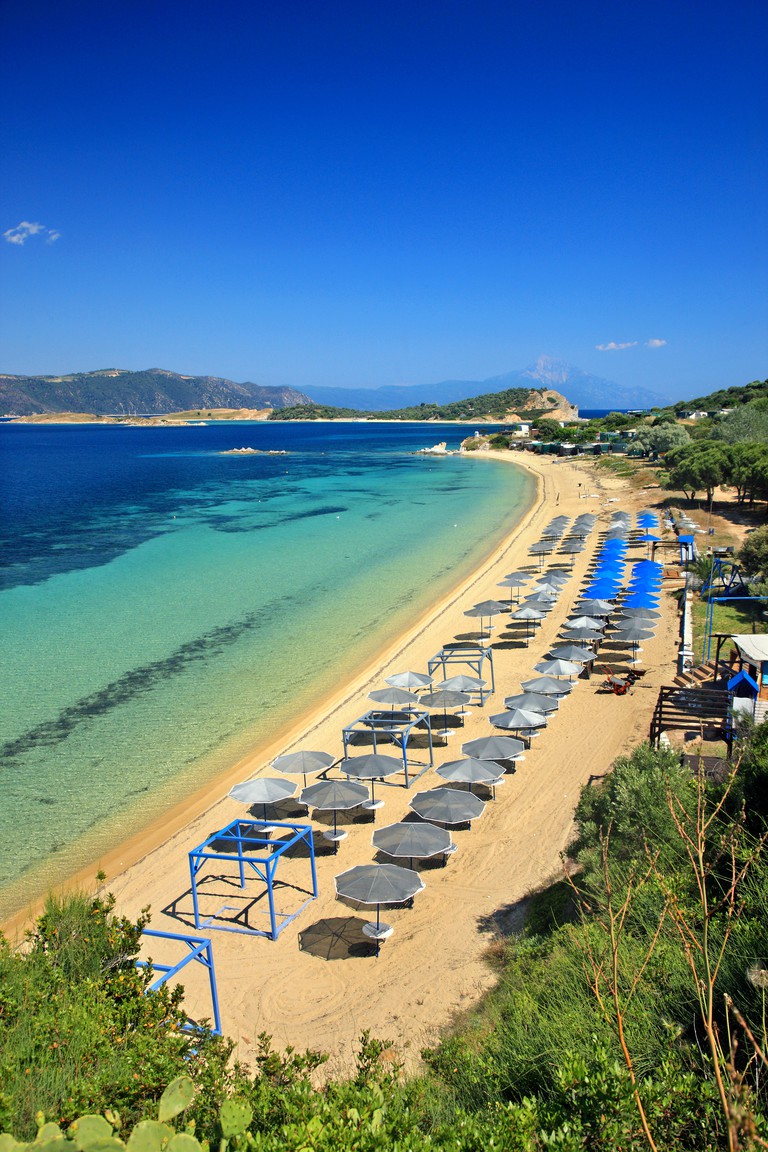 Tucked away in Halkidiki’s bay of Athos, Ammouliani island offers everything you would expect from the Cyclades – charming homes, brilliant beaches and shimmering seas. Your days here will be spent beach and taverna hopping (we love Taverna Megali Ammos on the beach of the same name at the quieter end of the island) and it’s also a great place to take a cruise to Mount Athos from, to see the famed monasteries that sit atop it.

Tour the monasteries of Mount Athos 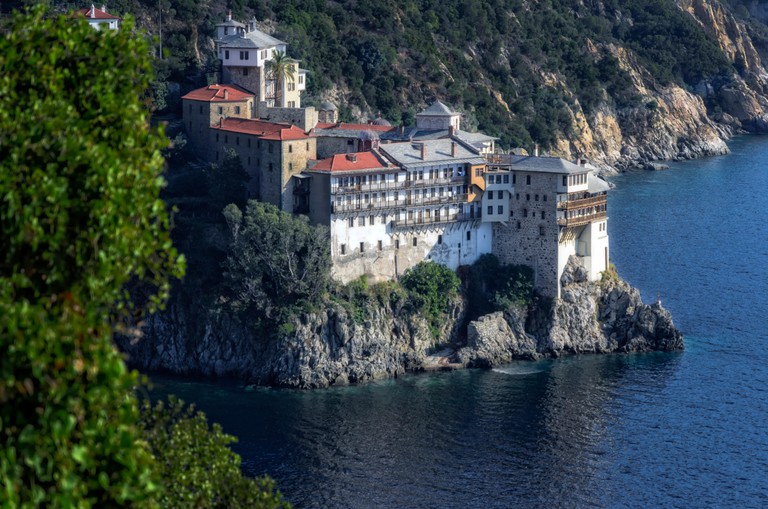 With their mountainside positions, the monasteries of Mount Athos make for an arresting sight. However, only men are permitted to see these monasteries up close; no woman in its thousand-year history has been able to visit Mount Athos. Instead, women are advised to view the structures from afar, ideally by boat. Only 10 permits for non-orthodox visitors are issued daily and reservations are taken up to six months in advance. 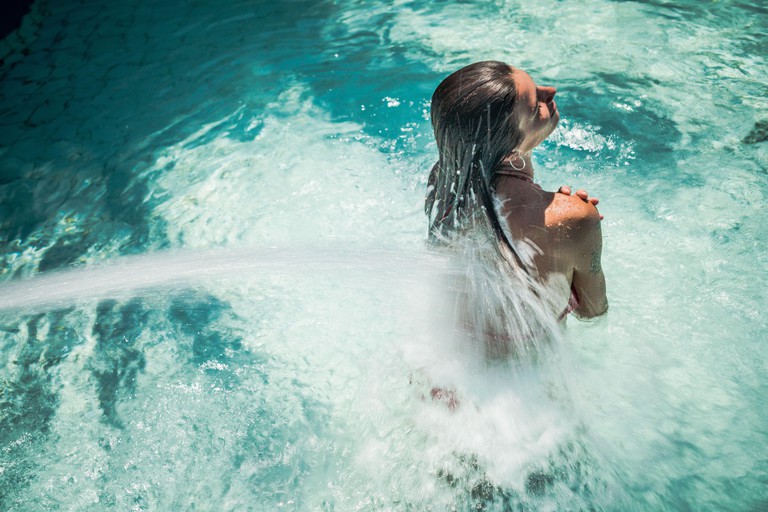 Perched on a clifftop overlooking the Aegean Sea, the Thermal Spa Agia Paraskevi is the ultimate place to relax and unwind. As well as offering traditional massage and body treatments, you can spend time in the swimming pools, sauna, hammam and hydrotherapy pools. The facilities use healing thermal water from Agia Paraskevi, which has ‘rare sanative’ healing properties, so you’ll be feeling refreshed in no time.

Spend the day on Kalamitsi Beach 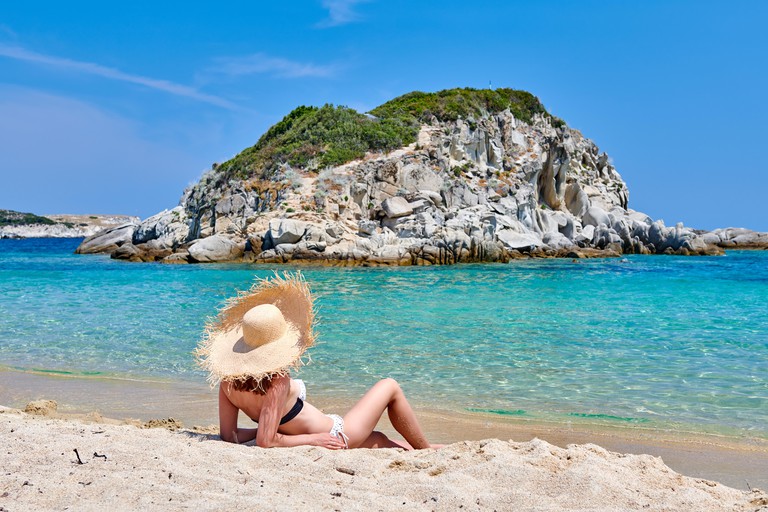 One of those postcard-perfect Greek beaches, Kalamitsi Beach is all soft, golden sands and teal-hued waters. It sits in a sheltered bay, which makes it an ideal spot for families with small kids and there are some tavernas just back from the beach too. Our pick is Giorgakis Tavern for fried feta drizzled with honey, fresh Greek salad and delicious saganaki.

Go clubbing at Ahoy in Kallithea

A holiday is all about playing hard and Ahoy is the best place to have a dance and a cocktail (or two) in Halkidiki. With space for about 3,000 revellers, it’s one of the largest open-air clubs in Greece and the DJ plays everything from Top 40 hits to dance, house, R&B and hip-hop. The doors here don’t open until 11.30pm and stay open until the wee hours, allowing you to dance the night away. 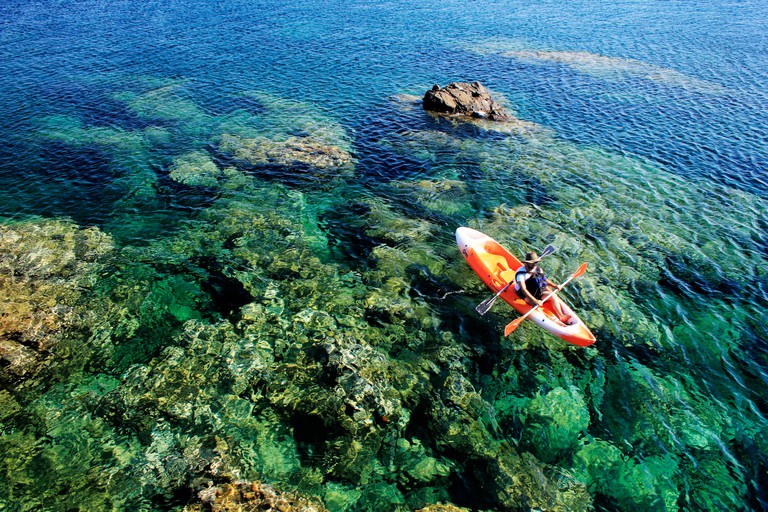 As well as going for a daily swim in the crystalline waters that flank the region, why not spend a day kayaking on the sparkling sea too? A full-day kayaking trip will take you around Diaporos island where you will also get the chance to swim and snorkel in its beautiful waters. If you’d rather go later in the day, you can also opt for a whimsical sunset kayak. 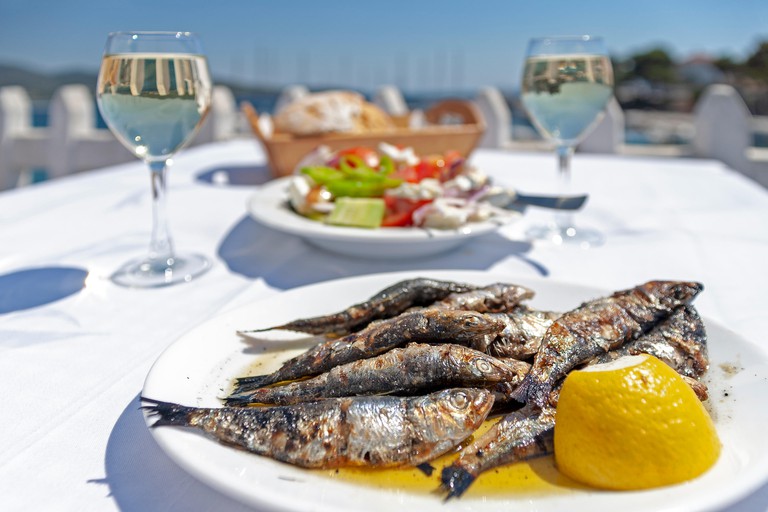 Each year, Halkidiki hosts a sardine festival in Nea Roda, so it’s only fitting you try the fish made the Halkidiki way while you’re there. If you’re not visiting during the festival, which tends to happen at the end of July, stop by at Ploton for a plate of grilled sardines with lemon juice and Greek olive oil. This is best chased down with a glass of homemade tsipouro – a strong spirit local to Greece. 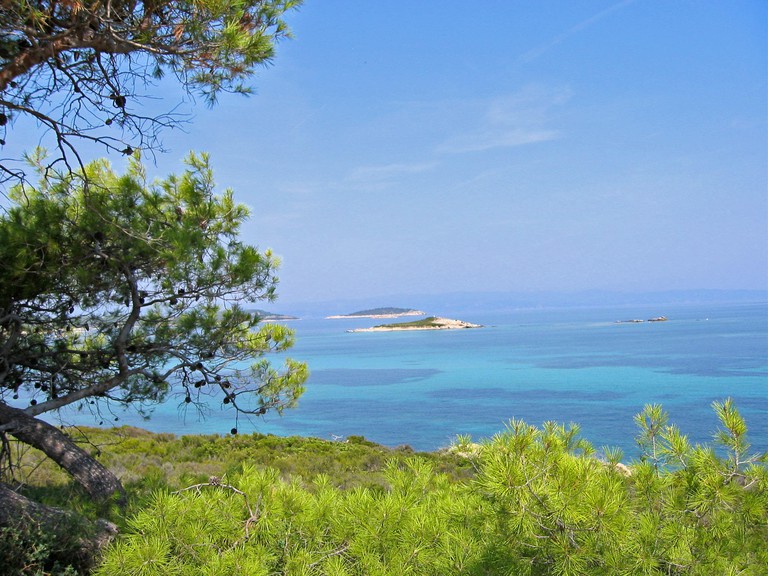 One of the most scenic walks in Halkidiki, the Koutsoupia to Siviri hiking trail follows a wetland path along clifftops where you can expect to get bird’s eye views of the beautiful beaches and teal-hued sea. Expect to see rabbits, lizards, turtles and butterflies along the way, as well as a slew of ancient ruins including a Roman villa and an early Christian temple. 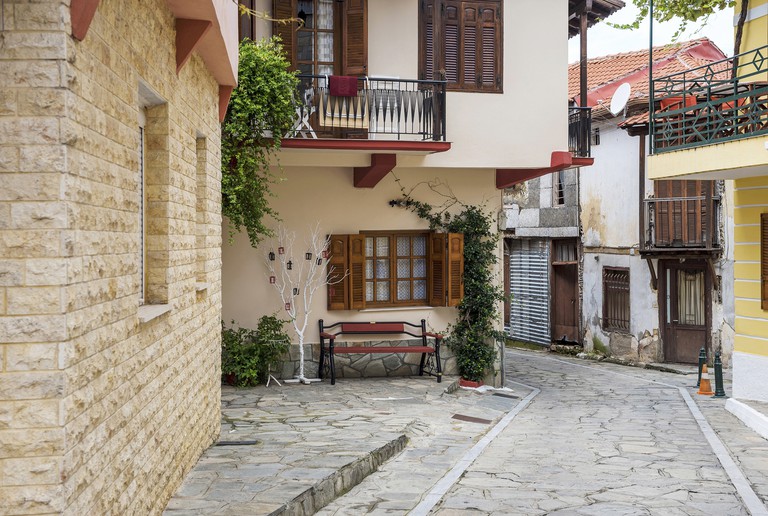 One of the 12 remaining historic villages of Halkidiki, Arnaia’s location at the top of the Holomontas mountain makes it particularly beautiful. Here, houses are built in traditional Macedonian style and a walk through Arnaia’s cobbled streets will lead you past the Mansion of Arnaia (now the History and Folklore Museum) as well as an old school that dates back to 1872. When you need a bit of a breather, the town is surrounded by lush forests to explore. 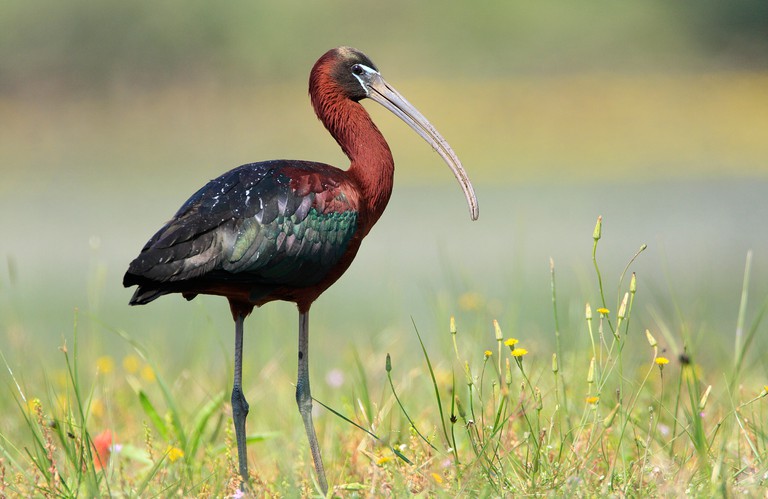 Sitting on 110 acres (44ha) next to the luxury Sani hotels, Sani Wetlands is home to more than 200 species of bird. Most of these birds are rare and endangered and you can expect to spot the glossy ibis, greylag goose, corn bunting and the Montagu’s harrier as well as the purple heron, black stork and greater spotted eagle. To explore the wetlands for yourself, simply pick up a map from the neighbouring hotel.

To explore more of Greece, check out the best boutique hotels in Santorini, and the best hotels in Astypalea. These are bookable with Culture Trip. During your stay, explore the 13 must-visit attractions in Athens, and relax on the 9 best beaches near Athens. Make sure you also book a table at one of the best restaurants in Heraklion to sample some delicious Greek cuisine.