The 10 Best Restaurants in Piraeus, Athens

Piraeus is Greece’s most important port, on the northern side of Athens and is a beautiful town. Here’s a list of 10 special restaurants offering interesting culinary experiences in this idyllic setting. 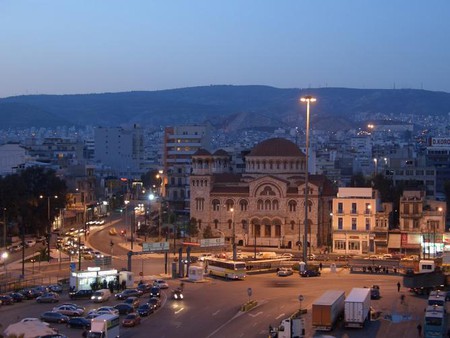 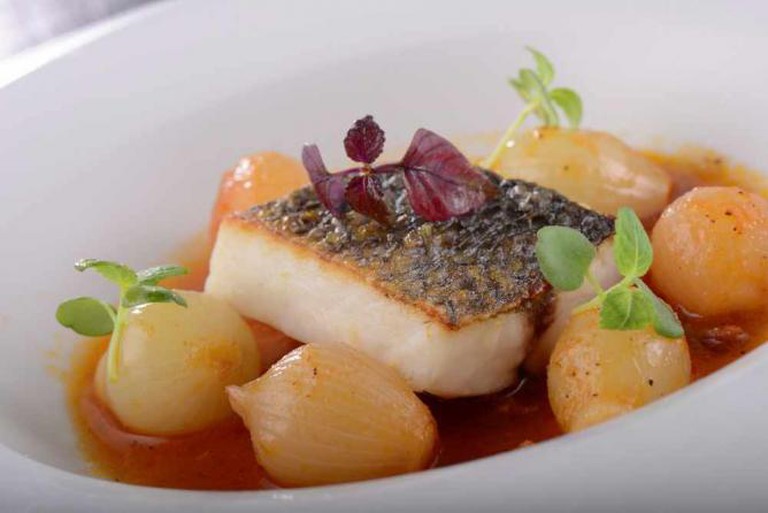 Vassilenas dish | Courtesy of Vassilenas Restaurant
This modern place with bistro setting used to be a legendary bakaliko(grocery store) back in 1920. Vassilenas Restaurant with the rich history is one of the best options in Piraeus, attracting numerous customers. Staff is friendly and ready to answer all your questions about the dishes, service is quick and food is simply delicious. Some of the best dishes are the hand-made ravioli with beef, the risotto with rooster and mushrooms, and the fish soup. There are many tasty gourmet dishes, influenced by the Greek local culinary tradition and the Mediterranean cuisine.
Open In Google Maps
13 Vrasida, Athina, 115 28, Greece
+302107210501
Visit Website
Give us feedback 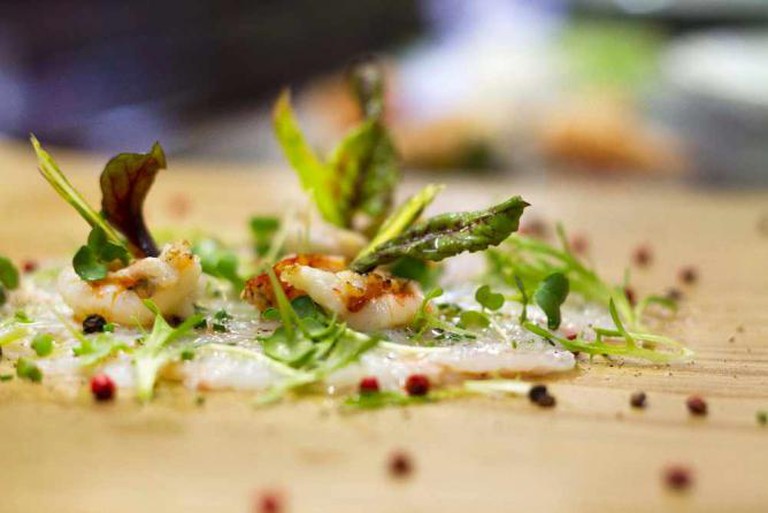 Gourmet dish | Courtesy of Vassilenas Restaurant
This fish restaurant-tavern may not be right next to the wonderful sea of Piraeus, but don’t be disappointed: the fish is fresh, nicely cooked and delicious. The quality of Giannis‘ tastes is high and stable, maintaining a large number of customers through the years. The place’s warm design is reminiscent of a typical Greek ouzeri. Everything you’ll taste (salads, seafood, meze and meat) is fresh, made from pure Greek ingredients. Free parking is available next to the restaurant.
Open In Google Maps
107 Leoforos Chatzikiriakou, Pireas, 185 39, Greece
+302104180160
Visit Website
Give us feedback

Restaurant, Greek
Facebook
Email
Twitter
Pinterest
Copy link
Share
Map View
This restaurant was named after the famous submarine Papanikolis, of which it has an excellent view, opposite to Marina Zeas. The decoration is warm, the prices are reasonable, the owner and the staff are very friendly and make you feel like home. The meze, made of meat and seafood, look great and taste even better, perfectly accompanied by beer, tsipouro and ouzo. The special thing about Papanikolis is the live traditional Greek music, which creates an authentic local atmosphere.
Open In Google Maps
Athens, Greece
Give us feedback 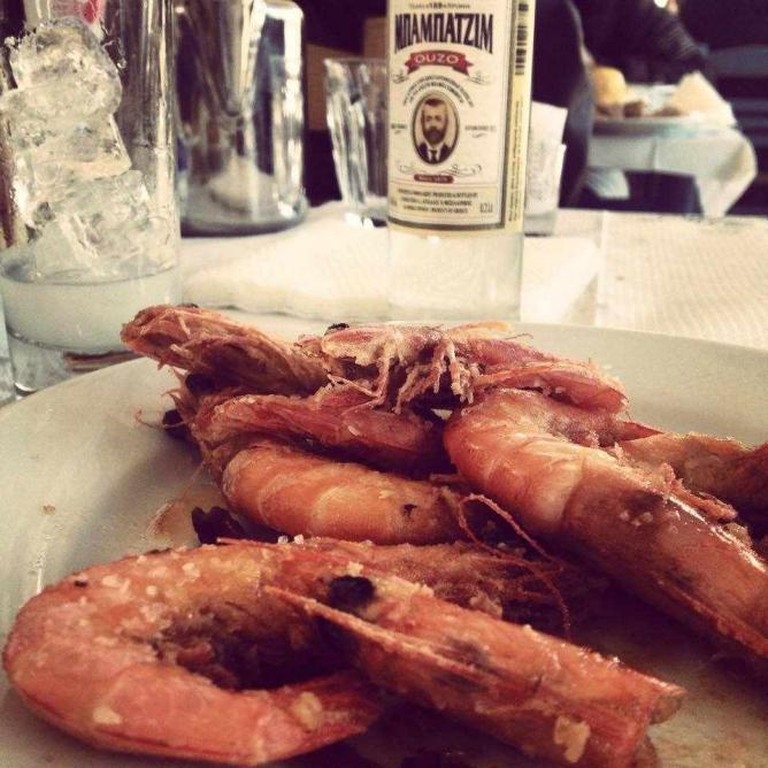 King prawns & ouzo | Courtesy of Margaro
Stoa Kouvelou was established at the end of the 19th century by Achilleas Kouvelos. Initially, the place was used as an inn, but in the beginning of the 20th century, a shopping center was built, with the addition of several other buildings. The whole historic building was renovated in 1998 and became a rakadiko-restaurant. It offers various meze plates and local dishes, like fried talagani cheese and grilled sardines. The modern interior design, with traditional boats and paintings on the walls and decorative umbrellas, add to the vibe of the place. After dinner, you can taste some delicious loukoumades(local doughnuts) in Loukoumel, inside the Stoa and next to the rakadiko.
Open In Google Maps
5 Karaoli ke Dimitriou, Pireas, 185 31, Greece
+302104178470
Give us feedback 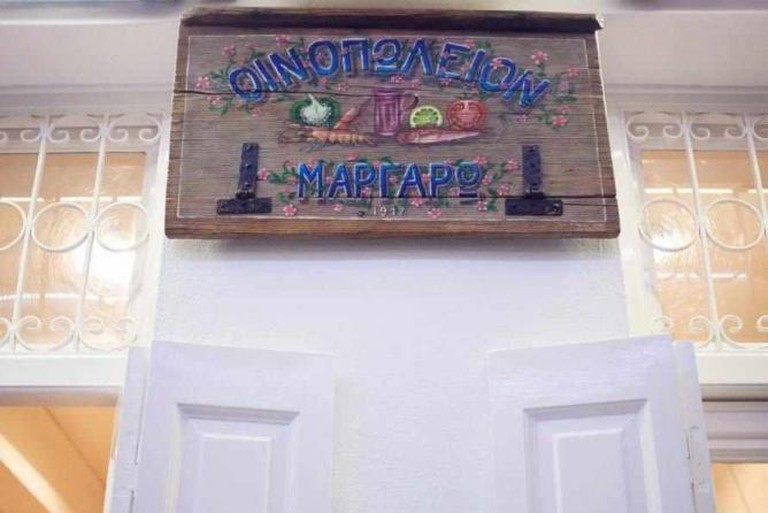 Margaro | Courtesy of Margaro
All-time classic restaurant in Piraeus, Margaro, is worth its local reputation. Many people claim that here you will taste the best Greek salad, as well as the best fried fish in Piraeus. The menu is short and simple, composed exclusively of fried fish. Locals and tourists are charmed by the magical dishes of Margaro, which are prepared with much love and pure fresh ingredients.
Open In Google Maps
126 Leoforos Chatzikiriakou, Pireas, 185 38, Greece
+302104514226
Visit Website
Give us feedback

With a wonderful location by the sea, clean and pleasant place Imerovigli offers interesting classic dishes like tomato balls, aubergine balls, fresh French fries and, of course, seafood. You should try the fried sardines, the shrimp rolls and the calamari. Service is quick and friendly and portions are satisfactory. 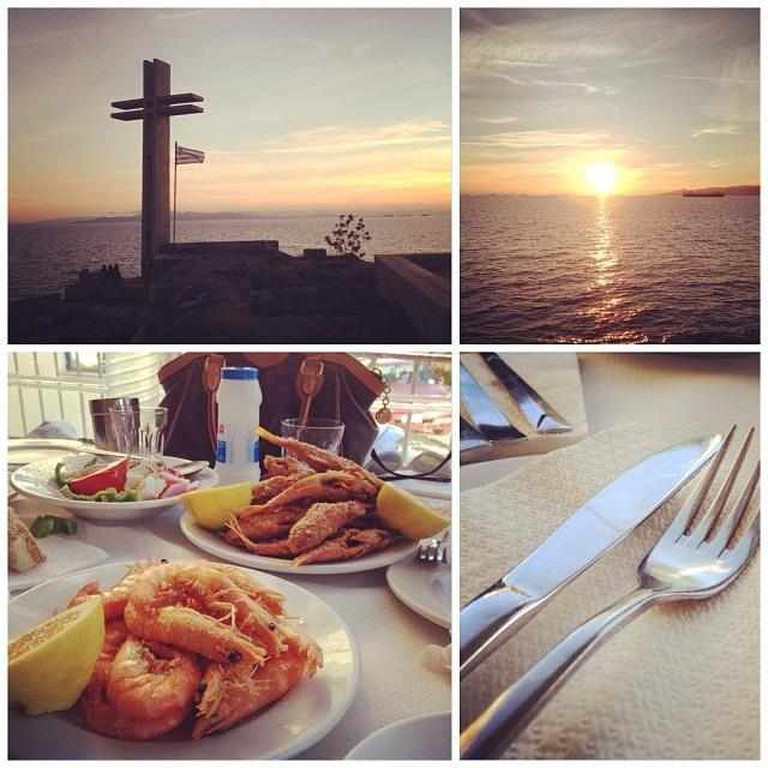 Sunsets & fried fish | Courtesy of Margaro
Axinos is the Greek word for ‘sea urchin’, perfect name for this seaside restaurant with an impressive view of Saronikos Gulf and Attica. The menu is small, but the variety of mezes is satisfactory and even surprising, with the inclusion of special and rare delicacies, like smoked eel and mackerel. Try the unique green urchin salad, with freshly marinated gavros on top, and the various dishes based on shrimps, accompanied with ouzo.
Open In Google Maps
51 Akti Themistokleous, Piraeus, 18539, Greece
+302104526944
Give us feedback

Mikrolimano by night | © SpirosK photography/Flickr
Located in Mikrolimano, the most beautiful part of Piraeus, Vosporos offers an amazing view and a wide variety of salads and meat recipes. Quality and quantity is satisfactory, service is quick and prices are quite reasonable. Remember to make a reservation before going to the restaurant, because usually it’s hard to find even a single empty table.
Open In Google Maps
20 Akti Koumoundourou, Pireas, 185 33, Greece
+302104127324
Visit Website
Give us feedback

Being awarded with a number of Golden Chef’s Cup and a Michelin Star, as well as the titles of “The Best Greek Cuisine Restaurant” and “The Best Restaurant in the City”, Varoulko and its chef Lefteris Lazarou need no introductions. The restaurant is located in Mikrolimano, right by the sea, and offers an elegant atmosphere and a wonderful view. Gourmet dishes made with fresh quality ingredients, in addition to the setting, create an unforgettable experience.
Open In Google Maps
54 Akti Koumoundourou, Pireas, 104 35, Greece
+302105228400
Visit Website
Give us feedback

Restaurant, Seafood, Mediterranean, Greek
Facebook
Email
Twitter
Pinterest
Copy link
Share
Map View
Next to the sea, in the beautiful Mikrolimano, Zefiros has wonderful scenery. This place will not let you down as it brings a modern aura to treasured traditions. The landscape, the delicious traditional fish meze and the great local wine give the impression of being on an island. Quality, portions, service and prices are all excellent and will satisfy even the most demanding customers.
Open In Google Maps
48 Akti Koumoundourou, Pireas, 185 33, Greece
+302104175152
Visit Website
Give us feedback
Give us feedback