Surrounded by the glistening Aegean and the resting place of one of the seven wonders of the ancient world, Rhodes boasts a fertile cultural heritage. We bring you 10 must-visit restaurants in Rhodes. 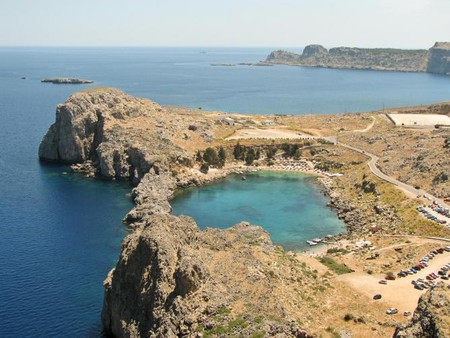 Huddled within the lavish environs of the Marco Polo Mansion, a hotel in the heart of the old Turkish Quarter of Rhodes Town, the Marco Polo Café is a must-visit for cultural connoisseurs. The building was erected in the 15th century, at the zenith of the Ottoman Empire. The Mansion strives to recapture the opulence of this historical period with its grand décor. Influences range from India to Turkey, with rich carpets and drapes reminiscent of imperial glory. The garden is replete with fruit trees, from apricot to banana, and flowering plants. The restaurant opens its doors to the public in the evenings offering the opportunity of an exquisite meal overlooking the Old Town. 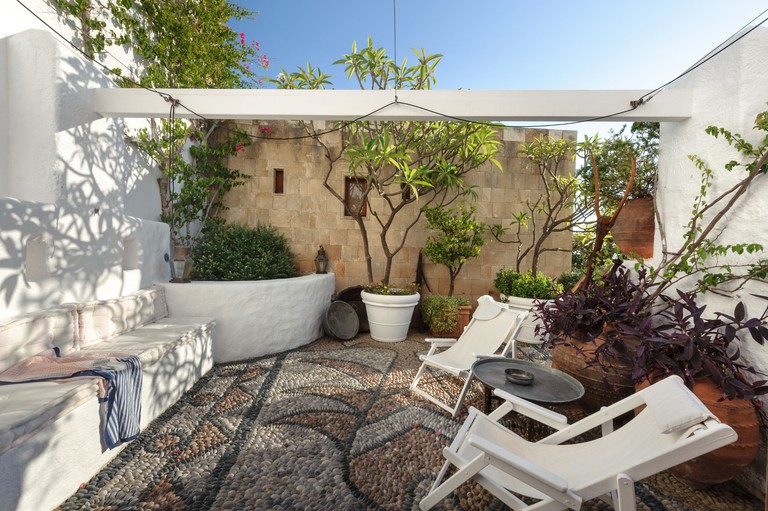 The Melenos Lindos Hotel sits at the foot of the magnificent acropolis at Lindos, and its architecture deliberately mirrors much of the island’s diverse cultural inheritance. With villas assembled in 17th-century style to the expansive rooftop restaurant, which evokes the medieval period with its tented roof and mosaic floor, the hotel is rich with history. Guests are able to experience breathtaking views over the Aegean and the two natural harbors at Lindos that were once responsible for its status as a prosperous trading post for the Romans, Byzantines and finally the Ottomans. Above the restaurant, the fortified acropolis is lit up at night.

Situated within the elegant confines of the main square in Lindos, Mavrikos is one of the oldest restaurants in the area and a family enterprise. Its award-winning status is undoubtedly due in part to the expertise of Chef Dimitris Mavrikos, renowned for the piquancy and simplicity of his flavors, he is regarded as one of Rhodes’s most renowned chefs. The restaurant has a shaded courtyard to sit out in at the front, and cozy indoor seating. Although Mavrikos is one of Rhodes’ more expensive eateries, the fare more than makes up for the heft of the price tag. For frequenters in search of traditional Rhodes culinary excellence, dinner at Mavrikos is a must.

Restaurant, Greek, Mediterranean, Healthy, $$$
Facebook
Email
Twitter
Pinterest
Copy link
Share
Map View
Arhontiko is nestled in the skeleton of a house built in 1605, once belonging to a ship’s captain. The nautical décor is therefore apt: an old sea chest sits proudly to one side and guests are invited to hunker down on velvety cushions, often in lieu of seats. The floor is strewn with pebbles and the walls whitewashed, leaving the grand stone arches exposed, making the interior evocative of the island back when it was a thriving port and trading post. Arhontiko serves fantastic seafood and has won a number of awards for oceanic fare. Locals Dimitris and Flora are in charge of the restaurant and are hospitable hosts. For guests with a penchant for the outdoors, there is an outdoor terrace offering spectacular views over the city.
Open In Google Maps
Lindos, 851 07, Greece
+302244031992
Visit Website
Give us feedback

Kerasma offers native twists on traditional recipes, infusing dishes with the fulsome flavor of Rhodes. Tuck into ‘The Acid Octopus’ – octopus served in a homemade sauce of vinegar and honey, with salmon marinated in raki, the Greek aperitif. For a delicious denouement to your evening’s repast, try tiramisu made with Greek coffee. Chef Moschonas Antonis, an homme du monde, has frequented a myriad of European countries as an advocate for Grecian ingredients – he aims to create traditional Greek cuisine with satisfyingly surprising flavors and delicate relish that will astound the venturesome traveler. 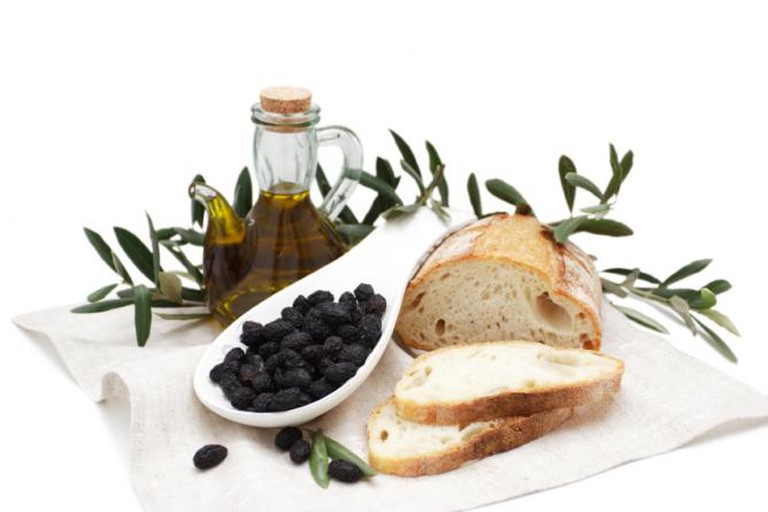 Courtesy of The Little Greek Kitchen
Tamam proclaims that it speaks only the ‘language of food.’ The restaurant boasts a menu styled with a mixture of Greek, Mediterranean and international influences, and the chefs use the freshest of ingredients to produce heavenly food. Tamam does not offer guests the opportunity to peruse their menu in advance, the rationale being that nothing says alluring restaurant like ‘a little dose of mystery.’
Open In Google Maps
1 Leontos, Rodos, 851 00, Greece
+306948042154
Visit Website
Give us feedback 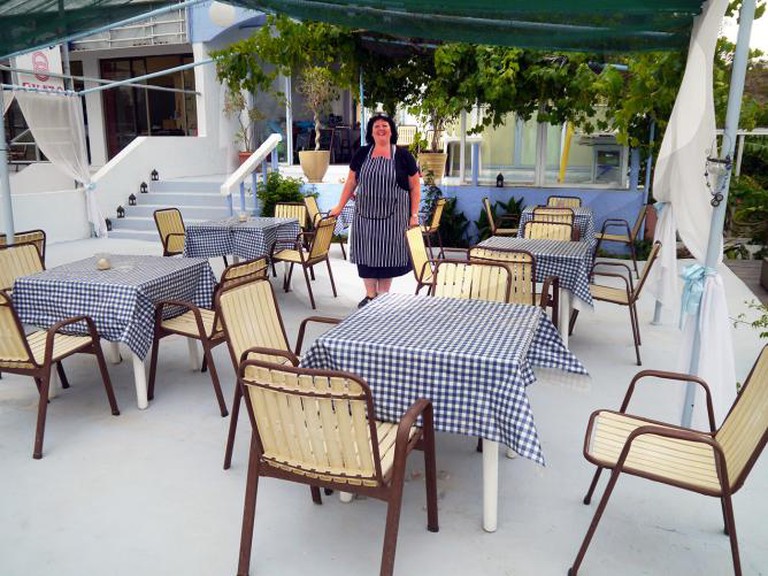 Courtesy of The Little Greek Kitchen
The Little Greek Kitchen offers patrons the chance to not only consume the empyrean food at its restaurant, but also to hone their own culinary prowess at the cooking school. Cooking deity Bernie Dodd has over 30 years of experience in the food industry and is on hand to demonstrate how to craft heavenly hummus and tasty tzatziki. Choose from a diverse array of programs, including how to craft a beef stifado or tasty moussaka. Foodie frequenters will get to eat the exciting goods they produce on the day.
Open In Google Maps
Theologos, 851 06, Greece
+306946582542
Visit Website
Give us feedback

Family-run Greek restaurant Sirtaki is one of the foremost meze destinations in the whole of Greece. Share a bottle of Sirtaki’s refreshing house wine as you feast on the multitude of traditional Greek meze dishes scattered across your table. Sirtaki caters for large groups of revelers, making it the ideal destination for famished families and friends. Enjoy the heady fragrances that waft throughout the restaurant’s warmly-lit interior.

Head to breathtaking Rhodes restaurant Bojangles for some of the finest traditional Greek morsels on the Ionian island. A ranging menu and satisfyingly simple interior allows diners to focus on really tasting their traditional Greek repast. The restaurant serves both Greek-inspired dishes like the beef stifado, Bojangles lamb moussaka, as well as those with a far eastern influence like the Mongolian beef with basmati rice and salad. Bathe in the aura of serenity that Bojangles exudes making it one of the finest eateries in the whole of Rhodes. Call in advance to book a table.