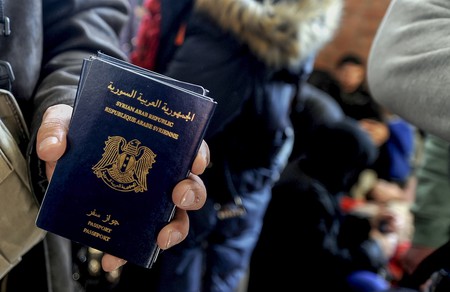 A pilot project within the framework of the ‘Building Inclusive Societies’ Action Plan of the Council of Europe is looking into introducing education passports to refugees, just like Norway did in 2015. The document is meant to facilitate refugees’ access to higher education.

The initiative, run by the Council of Europe’s Education Department, involves the Greek Ministry of Education, Research and Religious Affairs alongside national qualification centres in Greece, Italy, Norway and the UK, with the support of the UNHCR Office in Greece.

The program is now available to a small group of refugees with at least one year of higher education, even though they cannot provide all of the necessary documents. The ‘passport’, valid for five years, is issued after the applicant submits a comprehensive questionnaire and after a thorough and structured interview with experienced evaluators. Questions range from the number of students in the courses they took to the textbooks studied during an academic year or the subject of their final year thesis.

For now, the project is divided into three waves of examination, with 14 passports awarded during the first phase in March and another 38 successful applications for the second phase in June. Based on similar programs introduced in Norway and the UK, the project may be efficient and even cost-effective. 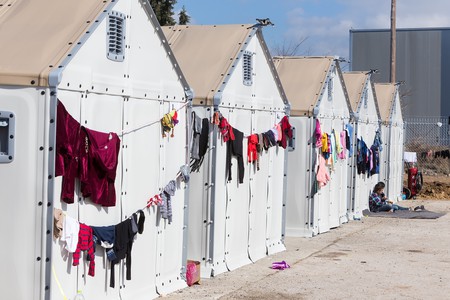 Living in the relocation center in Diavata | © Ververidis Vasilis/Shutterstock

While the passport will make it easier for them to try and continue their studies, helping them be an active citizen in their new home, it doesn’t guarantee direct access to an institution of higher education. Not only is the process time-consuming and expensive, but all of the educational institutions also have different admission qualifications, which may cause roadblocks along the way. In Greece, for example, it would mean that refugees must have a bachelor’s degree and would have to learn Greek and pass a higher education entrance exam.

The initiative brings hope to educated refugees who are still living in camps across Greece, longing for their asylum or immigration papers to be processed. Often stuck in bureaucracy limbo for several months or even years, many want to get out of the camp and start contributing to society and build themselves a future in their new host country. And even if this education passport means that they may have to start their studies from scratch before finding a job, many don’t mind at all.

For Masoud Burhani, a 30-year-old Afghan refugee, husband to 23-year-old midwife Fariha and father of two, it is all worth it. Forced to interrupt his civil engineering studies in Kabul to provide for his family before fleeing his native country, he now looks forward to starting again. “My priority is my education,” he said to Al-Fanar Media. “You can always earn money. But first, you have to study. No problem. I can start over again.” 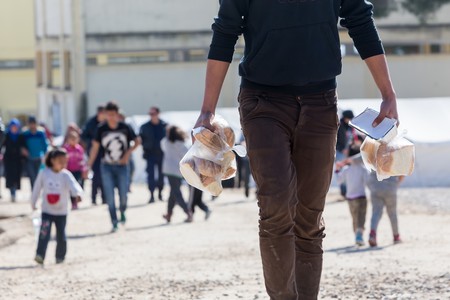