Mykonos Through the Gaze of Artists 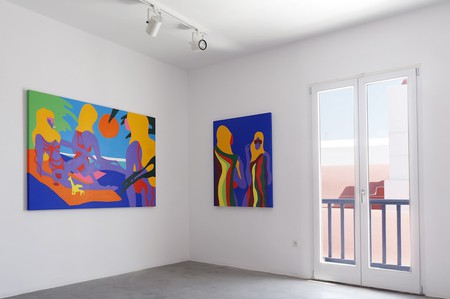 Mykonos has long been a source of inspiration for artists. With a combination of striking light, tranquil landscapes and iconic architecture, the island has drawn both international and Greek artists to its shores. We look at some of the artists who have been inspired by Mykonos.

New York artist Todd James showed his vibrant interpretations of the island recently at the renowned Dio Horia Gallery. His bright, impactful works evoke the energy of Mykonos and its inhabitants, and conjure the rhythmic pulse of the town. Striking contrasts add texture and depth while his paintings enjoy a sense of overall meditative flatness. The result is a compelling portrait of the island in modernity, one that shows how Mykonos has moved away from traditional fishing life and evolved into a cosmopolitan hub that retains its soulful spirit. 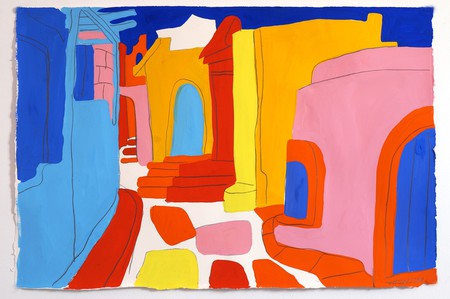 The Greek photographer cast her eye on Mykonos with a view to exploring how it has inspired artists in recent history. Her photographs capture the idiosyncrasies of this mystical island. Romantic images bring together the bohemian spirit of artists who have found comfort in Mykonos, as well as the traditional routines that pervade the island’s cultural life.

Cypriot artist George Mavroides captured the transient nature of the Mykonos landscape in his oil paintings during the 1970s. The painter favoured an impressionist approach, which worked to convey the passing of time and natural history of the island. Neutral tones were often accompanied by flourishes of brighter colours. These created an energy and illustrated the nuanced nature of the environment. 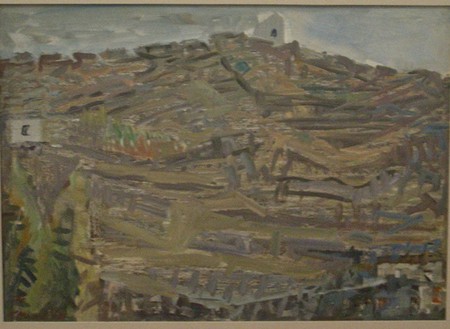 British artist William Scott captured the tranquility of Mykonos during the 1960s. The abstract painter distilled the iconic Cycladic houses and earthy colours of the natural world into a poignant portrait of the island. Using slate greys and strong juxtapositions of darker tones, Scott conveyed the mesmerising power of light and the inherent stillness that can be found for those that gaze at the island. 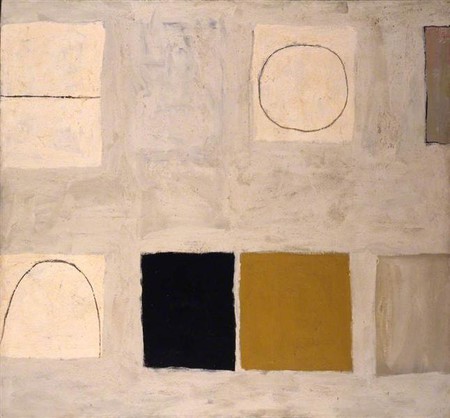 The Greek abstract artist Alekos Kontopoulos captured the lively life of Mykonos as a fishing island when he visited in the 1930s. Not much has been written about his time on the island, but it’s clear he was inspired by the traditional Greek motifs on display. Later in his life, Kontopoulos became a founding member of the seminal art group ‘Oi Akraioi’, a group of Greek artists that contributed to the spread of abstract art throughout the country. In his depiction of Mykonos, viewers can already see the beginnings of this move to reduce the landscape into its purest form. 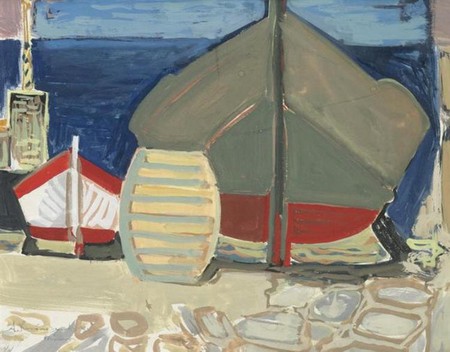 Alekos Kontopoulos, Mykonos | | image via wikiart
Give us feedback