Meet The Greeks Who Still Worship The Ancient Gods 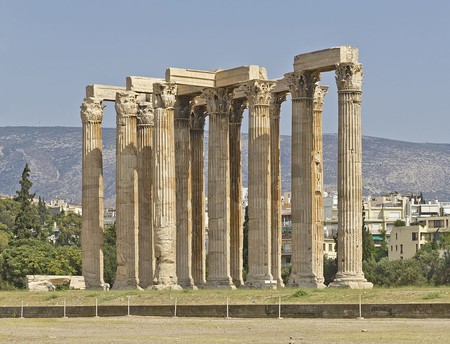 In a country where the state and religious authorities are tight and where 98 percent of the population profess themselves to be Christian Orthodox, another religion has been on the rise for a few decades. While it is more than 2,000 years old, Hellenism – also called Hellenic ethnic religion, or Dodekatheism – which is the practice of worshipping ancient gods, has been growing in popularity since the 1990s. Learn more about the modern Greeks who worship the ancient gods.

Originating in and practiced in Greece, and in other countries, however, to a lesser extent, Hellenic polytheism – although the exact nomenclature is still uncertain, the religion is often referred to as Hellenism – is on the rise. While it’s difficult to know the exact number of followers, due to the lack of a census, some of the religion’s leaders believe that as of 2005, there were as many as 2,000 devotees in Greece; however, an additional 100,000 people are said to have ‘some sort of interest.’ Another reason that it is difficult to pin down the number is that for many people, religion is a private, personal relationship with the gods. Fearing discrimination, thereby feeling forced to be an ‘in the closet’ member, practitioners spontaneously pray and worship in the privacy of their homes with family or friends.

In Greece, there are several organizations supporting the revival of Hellenic religion, including the Supreme Council of Ethnic Hellenes (YSEE), founded in 1997, the Labrys religious community, and Ellinais.

Proud of their beliefs, fervent supporters of the religious revival of Hellenism want their faith to be recognized, and in 2006, one year after being established, the Ellinais made a step in that direction, with a ruling that acknowledged them as a cultural organization. Religious adepts viewed this victory as the first towards their goal of receiving full recognition.

Also shining a light on Hellenism is the annual Prometheia Festival, an event aimed at highlighting the ancient Hellenic spirit. Established in 1995 by Dr. Tryphon Olympios, Professor of Philosophy at the University of Stockholm, the festival is now firmly established as a pan-Hellenic event, attracting not only a plethora of Greek visitors but also foreigners to Lithochoron, a small village at the foot of Mount Olympus. Also bringing the religion to people’s attention was the celebration of a Hellenic rite at the Temple of Olympian Zeus in the center of Athens in 2007. Defying a government ban, the Ellinais group held a 90-minute ceremony punctuated with hymns and dances to call out to Zeus for world peace. The ceremony included the celebration of the union of Zeus with Hera, and while this was a spectacular event, not all gatherings are. Worshippers usually meet on full moon nights and for any event marking seasonal changes. 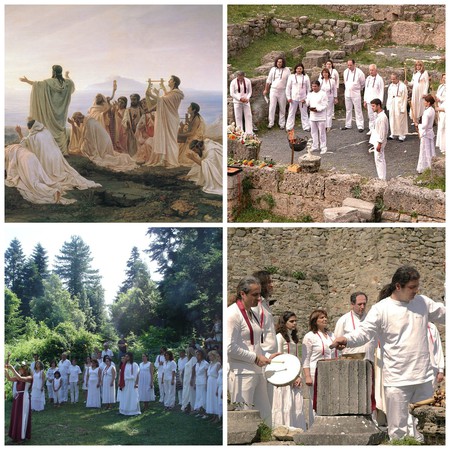 When asked about the reasons behind their ‘new-found’ beliefs, many followers explained that they were attracted by the focus on humanity, cosmic connections, and ecology. But the strongest motive is to go against the indoctrination of the Orthodox establishment, which strongly fights against heretics, homosexuality, divorce, and the like.

For many historians, these groups are merely ‘idealizing an ancient religion that had little to do with ethics or morality.’ And though many Greeks dismissed them as ‘kooky’ or ‘crazy,’ the Greek media stopped making jests at their expense. And although there is still a long way to go before full recognition, the ancient god worshippers are all hoping for a better tomorrow. But aren’t we all?