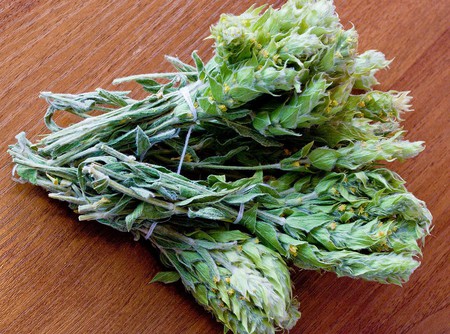 In recent years, crisis-struck Greece has seen a rise of unusual delinquency. An increasing number of plant rustlers have been caught in the rugged mountains near the Greek-Albanian borders, as well as other regions in Greece. But what are they after? Ironwort, also known as mountain tea, a medicinal herb endemic to the Mediterranean region, primrose and hawthorn.

Ironwort, which the Greeks call sideritis (containing or made of iron) or mountain tea (tsai tou vounou) is a staple in Greek kitchens. Readily available in supermarkets and herbs and spices shops, the tea has been drunk for ages for its health benefits. In fact, in ancient Greece, sideritis was even used to heal wounds caused by iron weapons. But today, it is known for promoting digestive health and lowering blood pressure. As such, virtually omnipresent throughout Greece, the government has been regulating the harvest of ironwort to preserve the endangered species, allowing the picking of just a small amount of the herb for personal use.

But recently Greek authorities have seen a rise in illegal harvesting of the plants by groups of Albanians illegally crossing the borders to pick them and sell them to cosmetic and pharmaceutical companies. In some cases, the seized harvest amounted to more than 120 kilograms of ironwort. While this illegal business can bring Albanian wholesellers roughly tens of millions annually, it has devastating ecological consequences as the looters hastily uproot the plants, thus preventing natural regeneration, which poses threats to this already fragile ecosystem and leaves the mountains bare. 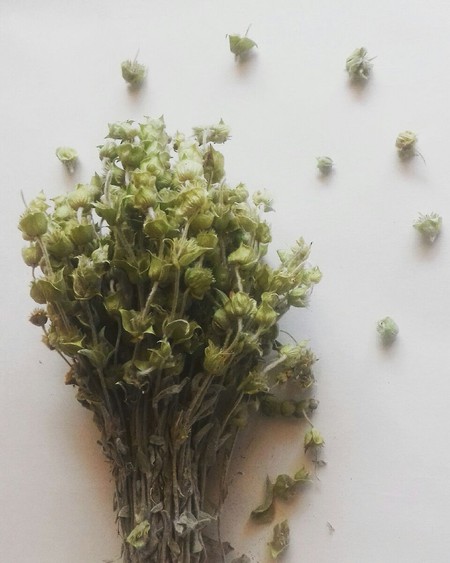 Greece has one of the richest flora in Europe, with roughly 6,500 native plant species. But either due to labor force shortages or lack of interest, many of them are left alone. According to Filip Gjoka, president of Albania’s Association of Medicinal & Aromatic Plants, many impoverished Albanians willingly crossed the borders to Greece as the harsh winter conditions caused a shortage of herbs across the country, which is one of the poorest in Europe. Many Albanians aren’t afraid of spending a few months in prison as long as they can help support their families.

So, it seems that as long as there are herbs to pick, the illegal harvesting cycle won’t stop, unless Greek and Albanian authorities join forces to find a solution, as Greece did with Macedonia, as Eleni Maloupa, director of Greece’s Institute of Breeding and Plant Genetic Resources in Thessaloniki pointed out. But she thinks that the use of drones and cameras could help control the borders and put an end to illegal harvesting.

Whatever the measures adopted, let us hope that for the sake of our already pressured ecosystem, a fair and sustainable solution is found swiftly. 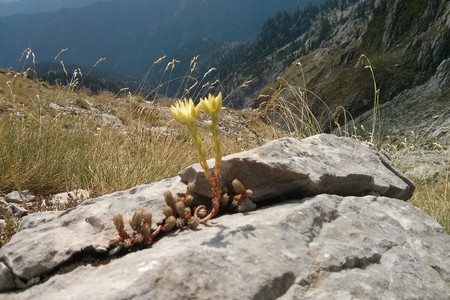