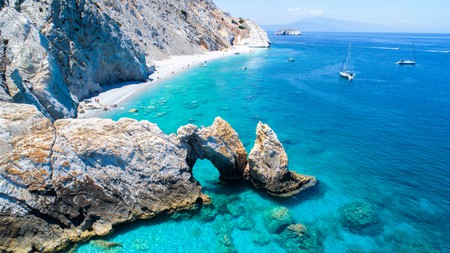 Every year, the Greek islands are victims of their own popularity. A year after authorities urged people to avoid visiting Santorini during the peak season, another island has called for action as one of its stunning beaches is being threatened by tourists who want to take a bit of the coast home with them.

Nowadays, no Instagram feed or travel photographer’s portfolio is complete without a picture of a Greek beach. From the lunar-looking shores of Sarakiniko in Milos to the rugged coves of Ikaria, Greece boasts a wealth of scenic coastlines. However, one beach, located on the tranquil island of Skiathos, is in danger.

A hidden gem only reachable by boats

Lalaria Beach is undeniably one of the top attractions on Skiathos, which is part of the Sporades archipelago. Only accessible by sea on days when the weather allows it, due to its exposure to northern winds, Lalaria offers a formidable view. The beach features a stunning natural stone arch that locals call Tripia Petra, or the Hole Stone, which appears in many photos taken by visitors to the island. However, this is not the part of the beach under threat; it’s the many white pebbles on the shore. 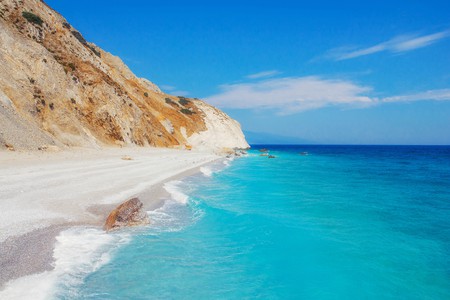 A campaign to protect the pebbles

Surrounded by impressive, high white cliffs that have endured strong winds over centuries, the beach is famed for its particular white stones. These pebbles, known as lalaria, are of all shapes and sizes, but all are bleached a perfect white by the sun. Every day, hundreds of people visit the beach, and some of them grab a few of these unique pebbles as a souvenir.

However, the residents of the island and the local authorities, in cooperation with the Cultural Association of Skiathos, are now asking visitors not to remove the rocks—this slow, man-made erosion has strongly destroyed the beach—by hanging posters urging people to “Take pictures, not pebbles. Save Lalaria Beach.” 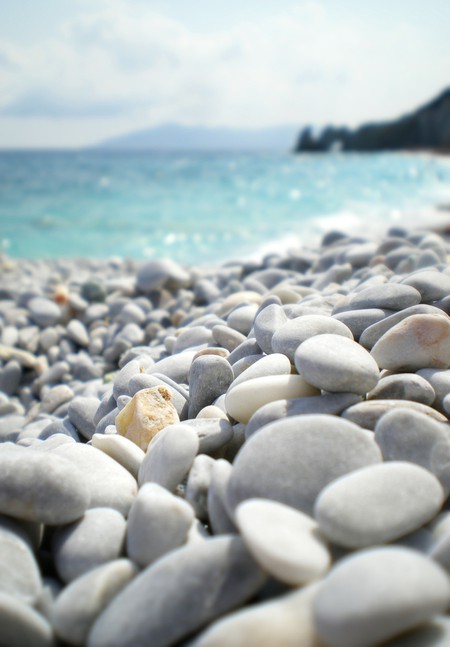 But why are these pebbles so precious? The answer is simple. According to Thodoris Tzoumas, a spokesperson of the association, these pebbles are created only on this specific beach. But looking back at archives and old pictures of the beach, the association members realized that its landscape had drastically changed over the years due to people removing the stones. This is why, in 2014, the association started an awareness campaign along with the port authority in order to preserve the beach from further destruction. The campaign targets not only tourists but also locals, many of whom have been taking the pebbles to decorate their yards or even to cut open nuts. Posters have been distributed to local fishermen and boat tour companies to warn passengers against taking pebbles.

However, if you still feel the urge to grab one of these white pebbles, be aware that you can be fined between 400 to 1,000 euros—a high price to pay for a small souvenir. We highly recommend you follow the instructions of the signs and remember the stunning lalaria by simply taking a photo to help authorities to preserve the beauty of one of Greece’s most impressive beaches.