Itinerary for the North of Greece 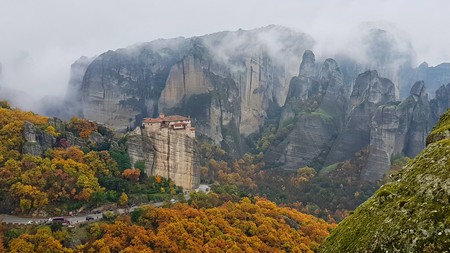 Northern Greece has endless charm and beauty, from exciting cities to incredible national parks. Here’s a week-long itinerary to see the very best, from Thessaloniki through to Preveza.

When picturing Greece, many might think of Athens or the islands. But northern Greece has so much to offer, from unusual natural sites to exciting cities. It has endless charm in its traditional towns and many surprises like wineries, lush green forests, shimmering lakes and wildlife. There are beautiful beaches to enjoy and famous landmarks like Mount Olympus, seat of the Greek Gods. You’ll even find the unusual valley of Meteora, with monasteries perched high on rocks. To top it all off, experience some of the country’s best food and drink to fuel your adventure. We’ve put together a week-long itinerary spanning from Thessaloniki to Preveza, so you can fit in all the best that northern Greece has to offer. Most journeys are easiest by car but they are all doable by public transport. Ready your adventurous spirit for the best Greek road trip of your life!

Architectural Landmark
Facebook
Email
Twitter
Pinterest
Copy link
Share
Map View
Fly into Greece’s second-biggest city, Thessaloniki. It’s an exciting mixture of ancient and modern, due to the destruction of a great fire in 1917. Explore the old town Ano Poli, which remains beautifully preserved with UNESCO site churches and an acropolis with the 14th-century Heptapyrgion Fortress. The best views and sunsets are from here. The city has shops, museums and tavernas galore. Stroll on the promenade by the Aegean, then have your fill of traditional Greek mezze, famous in the area. Pro tip: The city is walkable but it’s nice to hire a bike.
Open In Google Maps
Thessaloniki, Greece
Give us feedback

Natural Feature
Facebook
Email
Twitter
Pinterest
Copy link
Share
Map View
Reach Nestos by driving two hours from Thessaloniki or take the three-and-a-half-hour bus ride to Chrysoupoli via Xanthi. The national park covers the delta of the Nestos river, teaming with wildlife from wild boars to flamingoes. The views are breathtaking and unique. While you’re there, consider getting a train from Stavroupoli to Toxotes for a scenic ride past winding rivers. After, hit the highway (towards Thessaloniki) and drive to Kavala. Its lovely old town sits in the shadows of the impressive ancient viaduct. Eat and sleep well here. Pro tip: Thea vantage point has the best view of Nestos National Park and the Rodopi Mountain Range.
Open In Google Maps
Porto Lagos, 670 63, Greece
+302591051831
Visit Website
Give us feedback 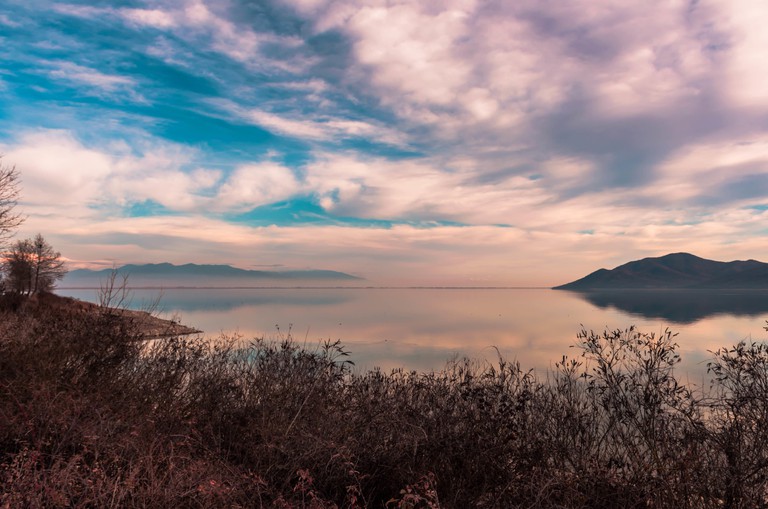 © Georgios Kritsotakis / Alamy Stock Photo
A two-hour drive from Kavala is Lake Kerkini. You can also take the bus from Kevala to Serres, then the train to Mandraki (two and a half hours). The stunning lake is actually a man-made reservoir, protected wetland and one of the most biodiverse areas in Europe. At sunset and sunrise, the lake reflects the surrounding mountains. Hire a kayak or take a boat trip. Food here is locally sourced and delicious, especially at The Border Station taverna in Vyronia. Stroll through mountain city Serres on an evening then stay at Phillipos Xenia Hotel. Pro tip: Lake Kerkini’s best light and wildlife activity is at 7am.
Open In Google Maps
Lake Kerkini, Kerkini, Greece
Give us feedback

Historical Landmark
Facebook
Email
Twitter
Pinterest
Copy link
Share
Map View
Drive one and a half hours from Serres or catch a two-hour bus via Thessaloniki, to reach the ancient city of Pella. It was the birthplace of Alexander the Great and capital of the Macedonian Empire that once stretched from Greece to India. Spend the morning among the ancient ruins and the archaeological museum on site. In the afternoon, head up to the spectacular Pozar Thermal Baths (an hour up the road past Edessa) and waterfall. You’ll deserve a spa day after all that exploring! Pro tip: Book ahead at the beautiful spa hotel.
Open In Google Maps
Aridaia, 584 00, Greece
+302384091300
Visit Website
Give us feedback 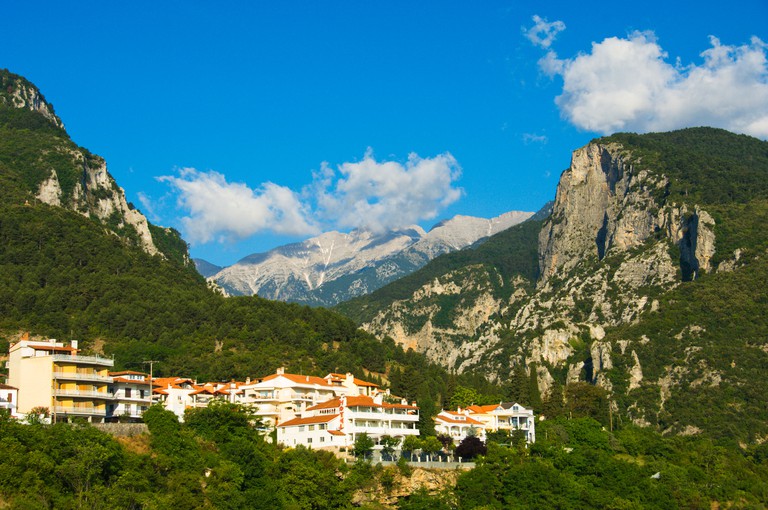 © Greece / Alamy Stock Photo
From Pozor, drive two hours southeast to Litochoro or take a taxi to Aridaia, followed by a two-and-a-half-hour bus ride. Litochoro is a quaint town at the base of Mount Olympus, the mythical seat of the Greek Gods and a national park with over 40 peaks. Hike the Prionia Trail from Litochoro to the highest peak, Mytikas, for unbeatable views. Afterwards, saunter around Litochoro’s old quarter with its traditional houses, and enjoy tavernas serving Macedonian fare of meat, cheese and pies. Don’t forget to sample the ouzo bars! Pro tip: Try the ice-cold, refreshing spring water by Agioi Apostoloi chapel.
Open In Google Maps
Greece
+302352083000
Visit Website
Give us feedback

Natural Feature
Facebook
Email
Twitter
Pinterest
Copy link
Share
Map View
Drive two hours from Litochoro to Meteora, or take the three-hour train journey to nearby Kalambaka (via Larissa and Paleofarsalos). It’s worth the journey, for perhaps the most unusual and visually spectacular site on our itinerary. Meteora – which translates as ‘hovering in the air’ – has several monasteries hanging vertiginously from rocky columns, overlooking a valley. The best known is Megalo Meteoro, perched on the highest rock. It has to be seen to be believed. Stay nearby in modern city Kalambaka and enjoy restaurant Meteoron Panorama’s grilled dishes. Pro tip: Cover your arms and knees to enter the monasteries.
Open In Google Maps
Meteora, Kalabaka, Greece
Give us feedback 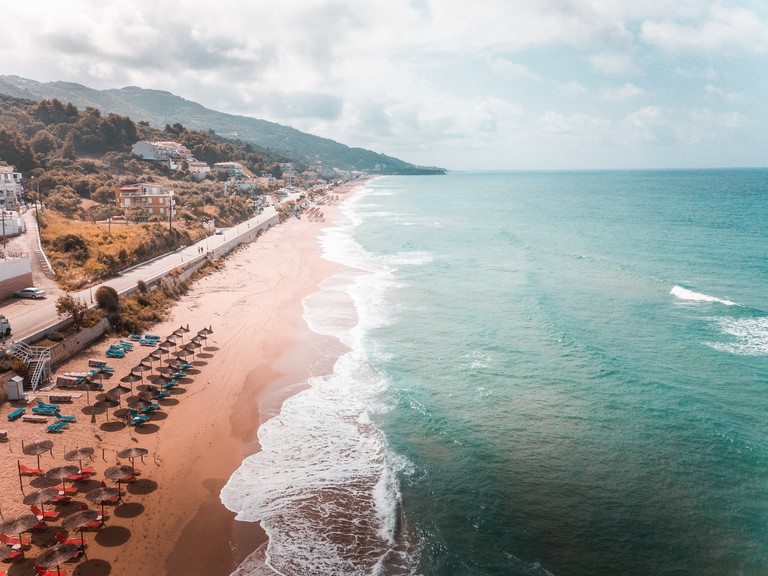 © Alex Blăjan / Unsplash
Drive two and a half hours from Kalambaka (via Greece’s only undersea tunnel) or take a three-hour bus ride. Harbour town Preveza is perched on a cove with views of the Ionian Sea and the Ambracian Gulf, with gorgeous beaches. Spend the evening browsing boutique shops and relaxing in cosy bars and restaurants. Preveza is known for seafood, particularly grey mullet roe – an acquired taste, but the accompanying ouzo and crusty bread helps anything go down well. Preveza is the perfect place to relax on the final night of your big Grecian adventure!
Open In Google Maps
Preveza, Greece
Give us feedback
Give us feedback