How to Spend Seven Days Island Hopping Around the Dodecanese Islands, Greece 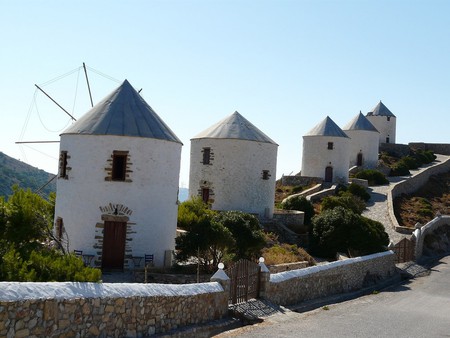 Warm, copper-coloured landscapes, revealing ancient sites, countless castles and unspoiled beaches, the Dodecanese islands seem to have been designed with culture-focused explorers in mind. From rocky Kalymnos and unusual Leros to Hippocrates’ Kos and genteel Symi, it feels like time has stood still in the coastal towns and mountain villages of this region. Here’s our suggested itinerary for tapping into this curious South Aegean island group by boat.

Cruise around the Dodecanese islands in style with Dream Yacht Charter or hire a vessel for the day with SamBoat.

Day One: Kos to Vathy, Kalymnos

Set sail west from Kos Marina to neighbouring Kalymnos. Head for Rina port in the sleepy village of Vathy, situated on Kalymnos’ southeast coast. This long, narrow bay is a sailors’ dream hideout, particularly when summer northerlies show up. Moor up and hike the craggy slopes to the south of the port, which are dotted with early Christian church ruins. Cool down afterward with a dip in the emerald waters. For dinner, try the local octopus fritters at Poppy’s waterfront taverna. Before departing, pick up thyme-scented Thymeli honey produced by the Kopanezos family for four generations. If southerlies or westerlies are blowing, retreat north to Pezonta cove and anchor there overnight. 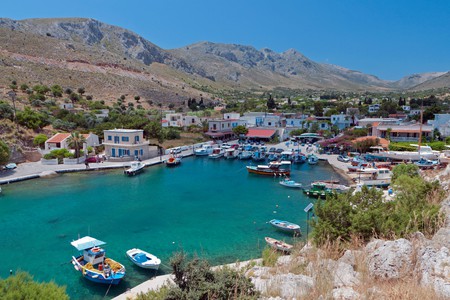 Head north today from Kalymnos to Leros. The island may be small yet it’s a historically strategic eastern Mediterranean stronghold with one of the largest natural harbours in Europe. Italian dictator Benito Mussolini based his navy there during Leros’ Italian occupation, which spanned 1912 to 1943, and built the town of Lakki. Dock at the town’s well-organised marina and survey rationalist architecture at the former customs house, circular market hall and art deco cinema. If you like diving, book an excursion with PADI-certified Hydrovius in search of sunken ships and plane wrecks from the 1943 Battle of Leros. For an atmospheric seaside dinner beside a windmill, reserve a table at Mylos restaurant in Agia Marina. 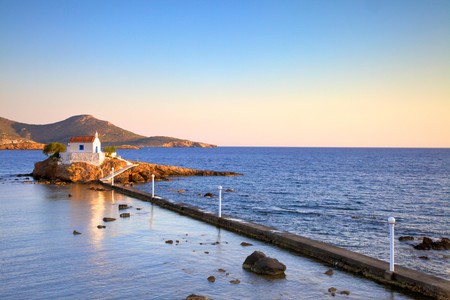 Rise early for the long passage to Astypalea, where you can moor at Pera Gialos, the old port, near main town Hora. On the road leading to the capital, eight windmills, one of which has been converted into a multilingual library, stand as silent welcoming sentinels. Stroll the slender streets that snake up to a 13th century hill-top Venetian castle, where you can take in sweeping 360-degree views of Hora and the sea. Stop for ouzo and chargrilled calamari at Mouggou, a traditional kafeneion (café) where locals gather. An alternative to Pera Gialos, peaceful Maltezana, close to the beaches of Plakes and Ble Limanaki, is an excellent anchorage. 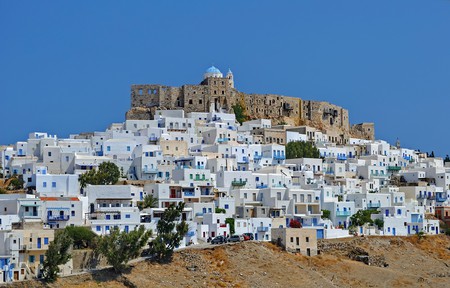 Wave goodbye to Astypalea today and make headway to Nisyros, which has the atmosphere of Greece in simpler times. Dock at the small marina in Pali at the isle’s far northern tip. Fashioned from lava, pumice and ash, Nisyros is known for its active volcano, one of the few in the world you can easily visit. Learn more about the geological wonder at the Volcanology Museum in Nikia village, whose mosaic-lined main square Porta is a photogenic drawcard. Not surprisingly, Nisyros is blessed with multiple hot springs. Near Mandraki, you’ll find the municipal baths along with a string of bars, where you can taste local firewater koukouzina, distilled from grapes or figs. 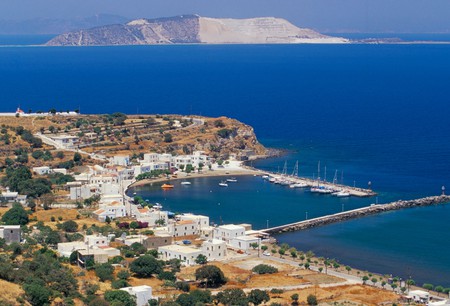 Remote Tilos may be tiny and appear deceptively simple, yet it has made giant strides towards becoming energy self-sufficient, relying mostly on wind and solar power for its needs. Forward-looking Tilos also has a fascinating history. Europe’s last wild elephants lived here after swimming to the isle, possibly from Asia Minor, 50,000 years ago. Fossilised bones of the dwarf species can be viewed in a museum at Messaria. From the village of Megalio Chorio, walk uphill to the ruins of an ancient settlement and the 15th-century Monastery of St Panteleimon. Another unusual attraction awaits at Plaka, one of Tilos’ 19 pristine beaches, namely roaming peacocks. Anchor overnight at Livadia Bay in the southeast. 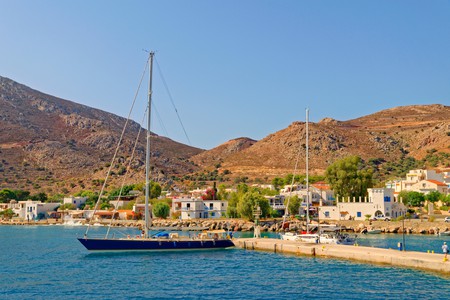 Head northeast from Tilos to Symi. With elegant neoclassical Venetian mansions in shades of lemon, terracotta and salmon built around a cosy harbour, diminutive Symi is one of the Dodecanese’s most desirable yachty destinations. At the Archaeological Museum of Symi in Horio, trace the island’s history ranging from the classical era to its ship-building hey-day. Adorned with Byzantine frescoes and dedicated to Archangel Michael, 18th-century Panormitis Monastery is worth the trek. Afterward, go for a swim at Ai Giorgis Dyssalonas, Nimborio or Marathounda beach. Symi even has its own shrimp, which you can sample, flash-fried, at Tholos (book ahead) or Manos. Dock at the island’s harbour in the north. 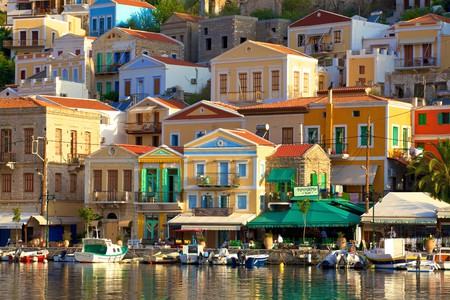 Wrap up your Dodecanese odyssey in Kos, where you’ll safely dock at the island’s smart marina for your final full day and evening on board. Visit the third-century BCE Asclepion, one of the ancient world’s most-revered healing centres. Next to the ancient Agora of Kos, you’ll find what’s considered a distant offshoot of the plane tree under which Hippocrates, the father of modern medicine, expounded his theories on preventative health. Kos has also become a formidable regional wine-making force, with estates such as Ktima Akrani offering sommelier-led tastings. Alternatively, while away the hours till sunset at chic beach bar Μisirlū on Tigaki beach. 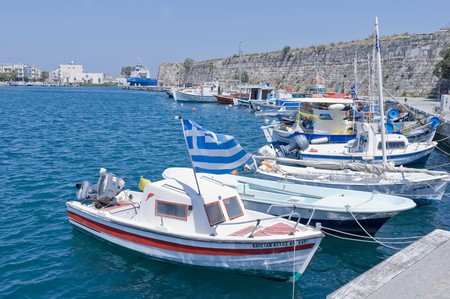 Explore the Dodecanese islands by hiring a vessel with Dream Yacht Charter or rent a boat for the day with SamBoat.

This is an updated rewrite of an article originally by Ethel Dilouambaka.