How To Spend 5 Days In The Peloponnese 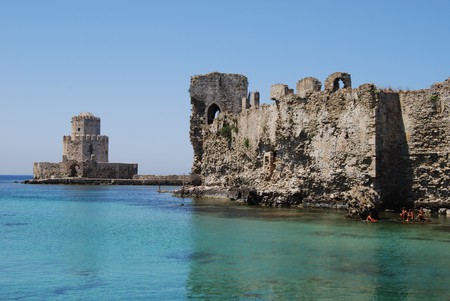 The Peloponnese, a large region in southern Greece surrounded by the Ionian Sea on one side and the Aegean on the other, is said to be the place where the gods walked the earth. With diverse landscapes ranging from rugged mountains to sandy beaches and crystal clear waters, the region also boasts ancient temples, Byzantine and Venetian ruins, and fortresses. Needless to say, the Peloponnese is perfectly suitable for a five-day road trip. And though it would be impossible for you to see it all, you can still manage to get an overview of this history-rich region in Greece.

Road trips to the Peloponnese usually start with a first stop in Nafplio, but this time, go against the grain and head straight to Olympia. The site features the Ancient Stadium where you can amuse yourself by picturing what the ancient games were like; the Philippeion; the Temple of Hera, where the Olympic flame is lit every four years; the Temple of Olympian Zeus; and the Archaeological Museum. After a day of sightseeing, relax at Bacchus, located in ancient Pissa, less than five kilometers from the site. 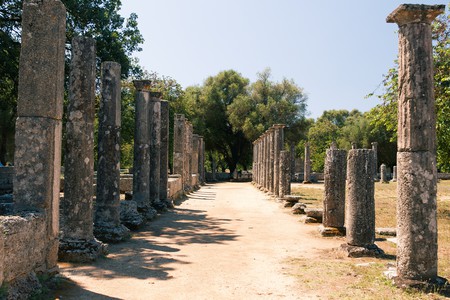 It is time to set off for Gytheio (Gythio), which is the largest and most important town in Mani. The town used to be an important port until its destruction by an earthquake in the 4th century and most of the ruins of ancient city are now submerged in the Gulf. Stay at Thirides Hotel located near Mavrovouni beach. Unpack and grab your snorkelling gear and head to Valtaki beach, you may see some of the submerged ruins and admire the Dimitrios shipwreck that lies stranded on the beach. Since this is a relaxing day, why not take it easy with the beach or explore the town with its typical architecture and small streets. For dinner, drop by the hotel restaurant where you can sample the best of the local cuisine. 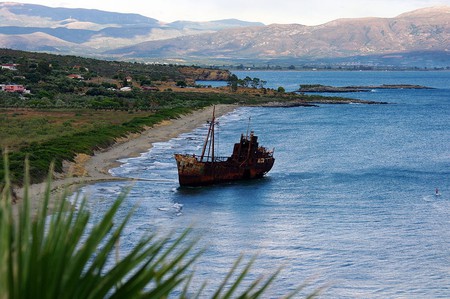 After a great breakfast at the restaurant, take advantage of the nearby beach to soak in some vitamin D before taking the road to enchanting Monemvasia. Get ready to be amazed. Connected to the mainland by a causeway, Monemvasia is a Gibraltar-like rocky island off the coast of the Peloponnese. This well-preserved gem will astonish you with its small cobbled-streets, its small kastro perched atop the old town and its all-encompassing views over the sea. Once you’ve settled in your hotel, go rogue. The charming little town on a rock seems to have come to a standstill. The nature lovers can get some eye candy at the Kastania Cave or visit the nearby beaches. 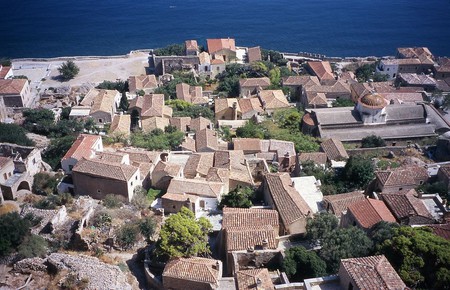 Downtown of Monemvasia from top of the rock | @ Ingo Mehling/WikiCommons

Start off early, and head to Nafplio, Greece’s first modern capital. Start with a visit at the Palamidi fortress, climb up the 999 steps to enjoy all-encompassing views over the city and the Gulf. After this, head back to the city center which, you would have guessed is ideal for an exploration tour on your own. Meander the small streets and admire the neoclassical houses and their blooming balconies. Nafplio is a charming, picturesque town where you should focus on getting lost because you will surely find your way back. 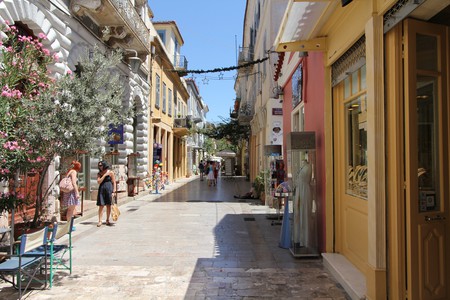 Leave Nafplio in the late morning after making sure to have breakfast at 3Sixty, the breakfast hotspot in town, then head to Epidavros. Visit the theater, which is still in use today for theatrical performances. The Aslepius is equally worth a look. When you’re done, get back into the car and drive to Palia Epidavros for lunch before driving off to your next stop, Corinth. The modern part of the city doesn’t have much to offer tourists, so head straight to ancient Corinth and visit its stunning museum. The site also features the temple of Apollo, the ancient agora, and the step from which Saint Paul addressed the Corinthians. Make a quick detour to Acrocorinth, the fortified hill nearby. Then, get ready to set off for your final drive back to Athens. Once you get home, all that’s left is for you to rest and get ready for your next adventure. 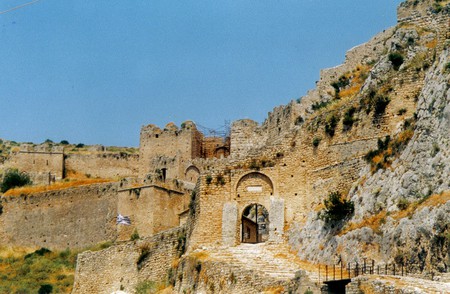 The gates at Acrocorinth | © Nicolas von Kospoth/WikiCommons
Give us feedback