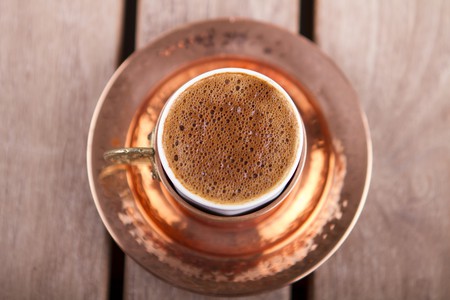 Drinking Greek coffee is a bit of an art form. In 2011, Greece was ranked 15th for largest coffee consumption in the world, with 5.5 kilograms of coffee consumed per capita each year. It’s safe to say that drinking coffee is very much a part of this Mediterranean country’s cultural identity. But if you haven’t had it before, Greek coffee may be a matter of mystery. Here is a quick guide to drinking it like a local.

The History Of Greek Coffee

The origin of Greek coffee can be traced back to 1475 when the world’s first coffee shop was reportedly opened by Greeks, a few years after the Turkish occupation, in present-day Istanbul, then called Constantinople. Kiva Han Coffee Shop was the pioneer, and not long after, there was an explosion of coffee shops. Even today, kafenia are legion in Greece and any other place where Greeks have settled. A kafenio (coffee house) is a gathering place where older Greek men discuss life, play backgammon, enjoy each other’s company, and, of course, relax with an elliniko kafe (Greek coffee), which is usually served until late. 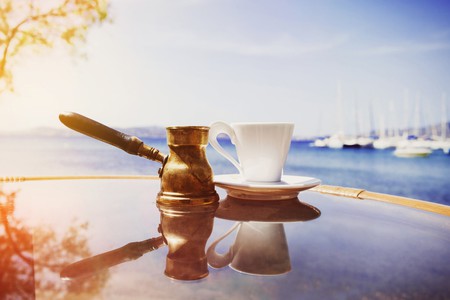 There are various ways of drinking Greek coffee, but here are the main ones:

Sketos (Plain): This is a strong coffee without sugar and is usually bitter. A morning coffee that’s bound to give you an intense kick-start to your day.

Metrios (Medium): This is probably the most popular way of drinking Greek coffee. Not too bitter, not too sweet – metrios is a coffee where one teaspoon of sugar has been added before boiling the coffee.

Glikos (Sweet): No bitterness in this one. Two teaspoons of sugar are added before boiling.

Variglikos (Very Sweet): This one is for the coffee lovers with a major sweet tooth. It usually includes one or two teaspoons of coffee with three tablespoons of sugar.

How To Make Greek Coffee

Greek coffee is rarely drunk with milk or cream. And even though it is similar to espresso in the way that it is served, you cannot drink Greek coffee standing up – it’s meant to be a relaxing, enjoyable experience.

If you want to try it, make sure to visit a good coffee shop and order a cup. Once your coffee has been served, you should give the grounds time to settle, so sit back and take it easy. Once it’s ready, sip it slowly, which will allow you to experience the full aroma of your drink. Some coffee aficionados say you should take loud sips, and while many people may think this is rude, for the majority of Greek coffee drinkers, it is a necessity. The coffee can only be drunk to a certain point, though; otherwise, you’ll be choking on the coffee grounds sitting at the bottom of the cup. 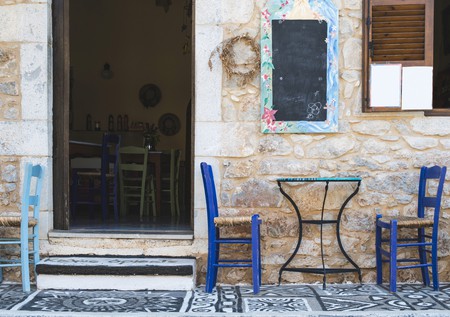 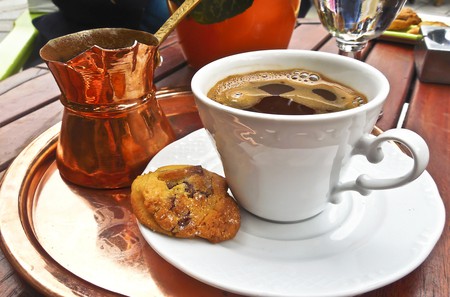 If you want to prepare Greek coffee yourself, find a small gas stovetop or a camping gas burner and a briki (or coffee pot). Once you fill the briki with water, then add the sugar. There is no rule, per se, but try one teaspoon of sugar for one teaspoon of coffee. Once you’ve added the sugar, it is time for the coffee – a unique combination of coffee beans roasted at a specific temperature, following a particular ratio. And while espresso is similar, it won’t work for this particular drink, so try to find Greek coffee (or Arab or Turkish coffee). After putting the ground coffee in the briki, you are all set. All you have to do then is place it on the fire, using low heat, and wait.

Once the surface of the coffee starts trembling and foaming, take it off the heat until the bubbles disappear, before putting it back on again. Once it foams once more, remove it – this light foam is called kaimaki, which indicates that your coffee is ready.

All there is left for you to do is to pour it into a cup and enjoy it. 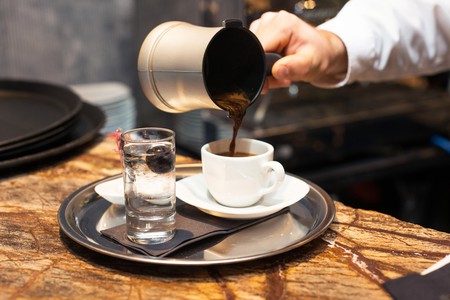 And What About Frappé?

Greek frappé is the foamy iced coffee drink that, along with Greek coffee, you can find virtually anywhere in Greece. Made from instant coffee, sugar, ice cubes, and water (and sometimes with milk), it is very popular, especially during the summer months. Dimitris Vakondios, an employee of the Nestlé company, is credited as the inventor of the frothy beverage, created when he was unable to locate hot water for the Nescafé; instead, he mixed the coffee with cold water in a shaker. But it wasn’t until 1979 that frappé became its official name. Just like Greek coffee, it is available in different degrees of sweetness, namely sketo, metrio, and gliko. 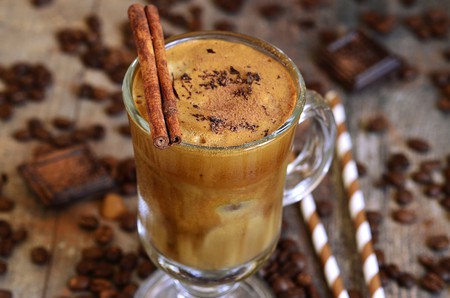