How This Greek Mom is Trying to Prevent Childhood Obesity

According to the OECD, 44% of boys and 38% of girls in Greek schools in 2014 were overweight or obese. This is one of the highest rates of childhood obesity in the world. Concerned by these statistics and aware that her own children were developing allergies to certain foods, Aspasia Provou decided it was time to change the situation and help Greek children lead healthier lives. Here’s how she’s doing it.

A mother of two, Aspasia Provou is a passionate woman who wears many hats. This Thessaloniki native graduated from the American Farm School of Thessaloniki. She has studied Business Administration, Marketing, Theater and Integrative Nutrition, and has attended a series of seminars on nutrition and health. It was really when she had her own children that she realized the importance of a proper diet, especially for children.

The ‘Mediterranean diet’ is gone

In a country praised for its Mediterranean diet, nearly half of children are overweight or obese. As Dr Joao Breda, head of the WHO European Office for Prevention and Control of Noncommunicable Diseases, said at the European Congress on Obesity in Vienna, “The Mediterranean diet for the children in these countries is gone”.

Nowadays, children eat less fruits and vegetables and more sugary drinks and candy. It is not rare to see kids leave school and stop at the periptero (kiosk) to stock up on sweets and snacks before heading to private afternoon school.

The financial crisis in Greece has only worsened the situation. For example, public funding for health and education suffered drastic cuts, with citizens left without adequate support regarding nutrition and health issues. In many households, parents had to cancel their children’s physical activity memberships to make ends meet. Health problems such as diabetes and cardiovascular disease are on the rise, since highly processed foods are often more affordable than wholesome foods. 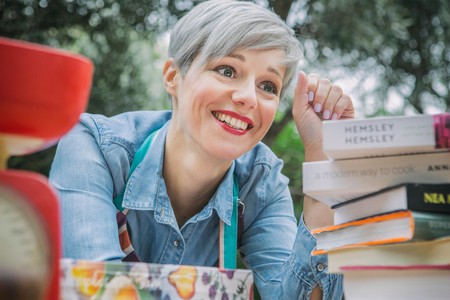 In 2012, Aspasia put her career in advertising aside and began to focus on helping children understand the importance of healthy home-cooked food, through cooking workshops for children. Her initiative, called Paidia Stin Kouzina (Kids in the Kitchen), aims to equip children with information to help them build a healthy relationship with food. Targeting children of school age across Greece, she hopes to make a positive change in the mentality and mindset of children (and their parents) to help them make healthier food choices.

To achieve her goals, Aspasia works with a diverse team of chefs, pediatricians, doctors and educators. They have helped her design a series of programs, including videos and cooking workshops to help children, their parents and teachers to make informed food-related decisions. Her website and YouTube channel include videos from which parents and children can discover and replicate recipes (including healthy cookies) and get information on food items. So far, around 2,000 kids have attended cooking workshops put on by Paidia Stin Kouzina.

Conscious that change cannot happen without everyone’s contribution, Aspasia also works with parents, parents-to-be and teachers to educate, support and help them understand the benefits of healthy eating habits, and how to transform goals into actions through seminars, online classes and speeches.

Thanks to dedicated people such as the team behind Paidia Stin Kouzina, there is hope that in a decade or two, childhood obesity in Greece will only be a distant memory. 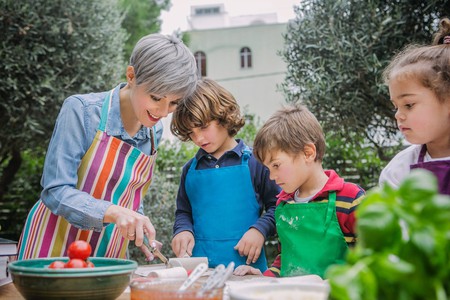