How These Greek Islands Got Their Names 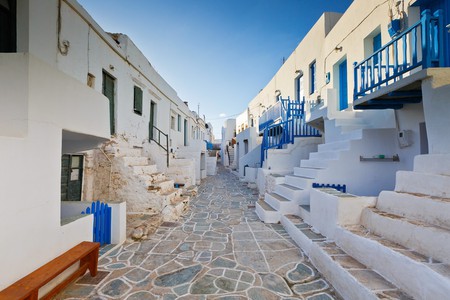 The Greek islands attract thousands of visitors every year with their splendid beaches, exotic beauty and historic ruins. But do you know how they got their names? In many cases, Greek mythology has something to do with it, but for some, their names are simply based on the local geographical features. Here are some islands and the history behind their names.

The magnificent island of Ikaria, tucked between the Cyclades and Dodecanese islands, found its name in mythology. You may already know the story of Icarus, son of Daedalus, the skilled craftsman who built a labyrinth in the palace of Minos, in Crete. In an attempt to flee Crete, Icarus and his father fashioned wings with wax and feathers and soared into the sky. However, despite his father’s warnings, Icarus flew too close to the sun, causing the wax to melt. According to the legend, he fell to his death into the sea, just off the coast of the island that today bears his name. 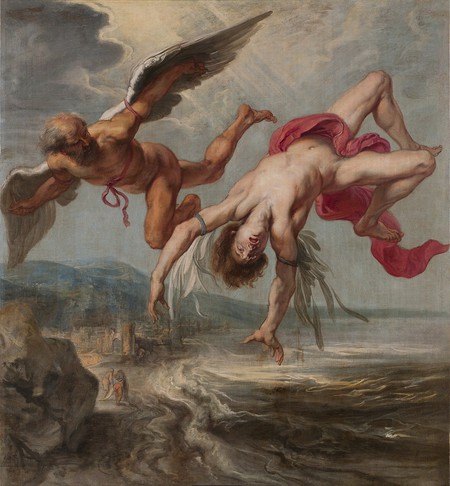 Nestled between Paros and Santorini, Folegandros is a beautiful island that has thankfully escaped the impact of mass tourism, making it a favorite for travelers who prefer quiet shores. The origin of its name, however, is still a matter of debate; historians have pointed out that it seems it was first called Polykandros because of its large population (poly: many or much, andros: man, person). Another theory is that the name derived from its first settler, Folegandros, son of Minos, King of Crete. This theory is supported by the presence of ancient coins found on the island with the stamp of Folegandros. Sources point out that at the time, the island served as an asylum for Cretans sent to exile.

A favorite destination for Athenians due to its proximity to the Attica peninsula, the island of Spetses belongs to the Argo-Saronic group. Its ancient name was Pitioussa, because of its extensive population of pine trees, and the current name dates back to the 15th century, when the Venetians called the island Spezia (or spices), thanks to its strategic position along a trade route. Over time, Spezia was Hellenized (or given the Greek form) to Spetsai, which later turned into Spetses. 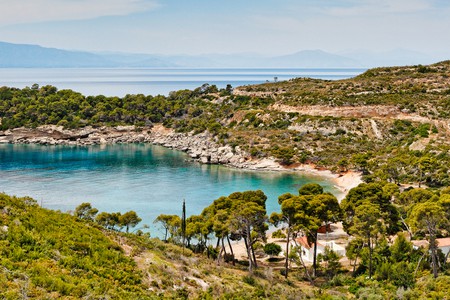 Agia Paraskevi on the west side of Spetses island, Greece | © Constantinos Iliopoulos / Shutterstock

While it is known to many as Corfu, the Ionian island’s name in Greek is actually Kerkyra. This name is thought to originate from the nymph Korkyra, daughter of river god Asopos and the river nymph Metope. Mythology has it that Poseidon, god of the sea, fell in love with Korkyra and abducted her. He then took her to the island, giving it her name. Another theory is that the English name Corfu comes from the Byzantine word coryfo (meaning top or peak), which referred to the top of the fortress by the port, which was the first sight that vessels caught upon arriving at the island.

Probably one of the first islands that many visitors discover when visiting Athens, given its proximity to the capital, Aegina is another island that owes its name to mythology. Aegina was another daughter of Asopos, who was also abducted by a god (a common theme in Greek legends). This time, it was Zeus who was her captor. He took her to the island, then known as Oenone, and gave it her name in an attempt to win her love. 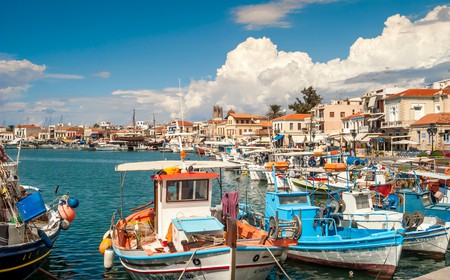 The striking island of Milos in the Cyclades is known for its stunning beaches, including the unique Sarakiniko, and for being the place where the famous Venus de Milo statue was discovered. But few people know that the island takes its name from its first inhabitant, Milos, who was sent to populate the island by Aphrodite, after the death of his parents, Milos and Pelia.

The Ionian island of Lefkada, also known as Lefkas, is one of the most underrated islands in Greece. Don’t expect telenovela-type mythical origins here; the history of this name is quite simple. Various sources point out that the island was named after the word lefkos (white), because of the white cliffs that greet visitors at the southern coast of the island. 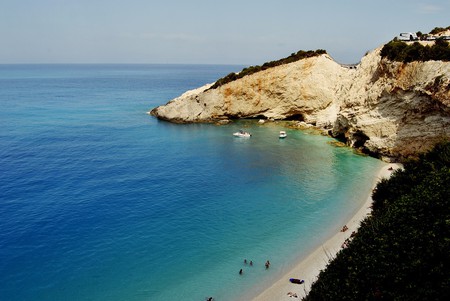 While many know the island as Zante, this popular summer destination is actually called Zakynthos. And once again, Greek mythology is the source of its Greek name. Zakynthos was actually the name of the son of Trojan king Dardanos. This beautiful island is where he fled from Troy to find refuge after the Trojan expedition.

Chios may be known for its unique mastic-producing trees, but few know where the island got its name. According to mythology, the island was named Chios after the daughter or son (sources are unsure) of Poseidon, who was born on the island on a heavy snow day. The name comes from the ancient Greek word χιών (hion), which means snow. 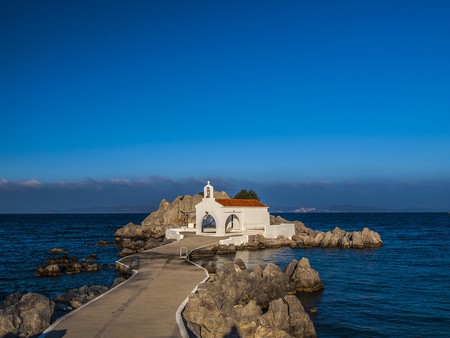 Cephalonia, or Kefalonia, the largest island in the Ionian Sea, takes its name from the island’s first ruler, Cephalus, a hero from Athens and son of Dionysus. He was exiled to the island that now bears his name after helping Amphitryon of Mycenae in a war against local tribes.