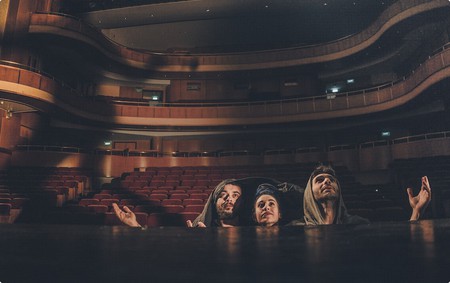 The National Theatre of Northern Greece has adopted a forward-thinking and dynamic approach to making a social impact. We explore how they are setting a new agenda.

Located in Thessaloniki, The National Theatre of Northern Greece (NTNG) was founded in 1961 and is Greece’s largest theatre. Since it opened, the space has been active in both the cultural and social spheres. Today, the cultural organisation consists of five theatre spaces, including two open-air theatres, and tours throughout Greece and internationally.

This year has seen the cultural organisation take an increasingly active approach in working with disenfranchised and vulnerable communities. Their new initiatives build on their long-standing commitment to social awareness and respond to the ever-changing needs of the Greek community.

The most recent initiatives are the NTNG’s work with refugees, which started two years ago, and the new workshops they run for young people with disabilities. The workshops offer a mix of theatrical activities, improvisation, games and technical lessons. The intention is to increase confidence and creativity, and to help young people (aged 12-30) enjoy and embrace the endless possibilities that imaginative play affords. At a time when many young people in Greece face challenges, supporting those with disabilities is more important than ever. As Konstantina Matziri, supervisor of the workshops, explains: “I believe through this class, our students made theatre their own home and they realised that this place belongs to them as much as to anyone.” 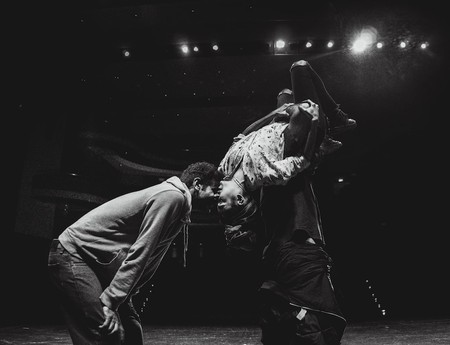 The same is true of the workshops the NTNG runs for refugees. This year saw the first theatre workshop by the NTNG for young people who live in refugee accommodation centres in Thessaloniki. Seventeen children participated in the making of a new work, titled After the Campsite. The play focuses on the hopes and ambitions of the children and teenagers within the community. Another dynamic and inclusive initiative, the final work produced will be presented to the International Theatre Festival “The Future of Europe” this June. Not only does the the workshop provide a safe and nurturing space for young people to integrate into a community, but also ensures increased exposure and support on an international stage.

“It was a sharing experience”, says director Mihalis Sionas.”In a short period of time we felt accepted by the children. We got to know each other, we built a sense of group and a trustful environment, we shared stories, we shared our preferences and things that are important to us. We tried to enable the young refugees to recognise their strengths and express their dreams for the future.”

The positive effects of these workshops were apparent for all involved. As actress Stefania Zora states, “We all spoke a different language. Some of the refugees spoke a little bit Greek, some a little bit English. Despite our language diversity, we could all somehow understand each other. Those differences helped to form new communication rules.” 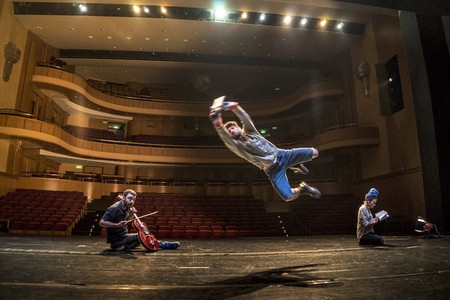 After the Campsite | © National Theatre of Northern Greece

Alongside the workshops, the NTNG takes an active approach to inclusivity, with a variety of open and inclusive social policies. These include fundamentals such as accessible ticket prices and proceeds of performances going to local charities. Recently, they have donated to Maria’s Home (a single women’s guesthouse) and to the Shelter for Abused Women of the Municipality of Thessaloniki. The theatre also collaborates with organisations such as the Greek Union for Alzheimers Disease and Related Disorders, the KETHEA Rehabilitation Program, KAPI (a care centre for the elderly) and the Thessaloniki Centre for Recovery and Rehabilitation.

For those outside Thessaloniki, the organisation conducts regional tours to small villages around the region. This ensures that local communities can access and engage with culture in a way that they would not otherwise have the opportunity for. 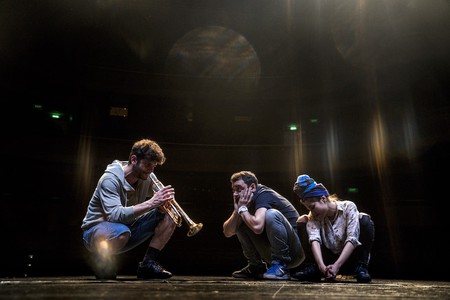 After the Campsite | © National Theatre of Northern Greece

These initiatives happen alongside the dynamic productions that are staged by the theatre throughout the year. Their productions are devised by Greek dramatists as well as international writers.

Given the challenges faced by Greece, a commitment to fostering creativity and inspiring the imagination is crucial to the cultural evolution of the nation. And while there has been much talk about Athens’s cultural revival in the wake of Documenta 14 last year, there has been less media attention on the transformative effects of cultural institutions across Greece more widely.