How Greek Grandmothers Are Showing Their Love To Syrian Refugees 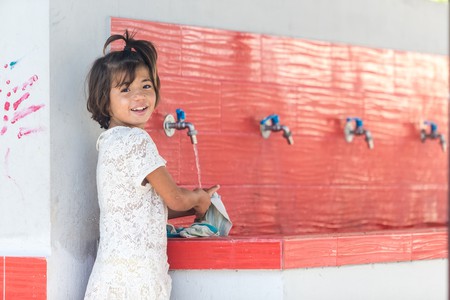 For months on end, it was everywhere in the news. And while it still makes an appearance on the evening editions, tricking us into thinking the worst has passed, the situation continues to be critical for thousands of people in Syria. More than five years after its outbreak, 11 million Syrians have been forced to flee their homes, fearing for their lives. Now in its sixth year of war, roughly 13.5 million are in dire need of humanitarian assistance.

Many found refuge in the neighboring countries of Turkey, Lebanon, Jordan and Egypt while others have made the decision to come to Europe in the hopes of a better life. A sizeable community of refugees are stuck in Greece, which has now become a purgatory with many of the borders closed for several months and running. Read on to learn what Greek locals are doing to help alleviate the daily existence of Syrian refugees stuck in Greece.

We all have a basic idea of these facts. Tens of thousands of Syrians are stranded in Greece following the EU-Turkey deal. Even as asylum and relocation services are overworked and Greece itself is struggling with its own hardships, it has still processed the arrival of over one million migrants in recent years. Many of them are stuck in refugee camps scattered around the bordering islands, in Athens, Thessaloniki and by the Macedonian borders – and while the situation may seem desperate, a small glimmer of hope remains.

Angels of hope in a time of despair

Here and there, Greek citizens have tried to help in the best way they can. Earlier this year, the photo of Emilia Kamvisi, an 86-year-old Greek citizen of Lesbos, and two of her closest friends feeding a Syrian baby with a bottle while the mother changed into dry clothes went viral. And while she was nominated for the Noble prize along with other fishermen and members of the local community as well as humanitarian organizations, she considered that her gesture was nothing more than a natural response.

‘Those poor babies, escaping war and drowning in the waters. It’s such a shame. We’re all crying in the village whenever there’s a shipwreck,’ she said in an interview with Reuters.

40-year old fisherman Stratis Valiamos, another Nobel Prize-nominated figure who has helped save hundreds of refugees from drowning at sea, commented on the horror the refugees that must have left behind, telling Reuters, ‘No one wants to leave their home, to take a suitcase and five babies and walk for five months and get on a plastic boat.’ 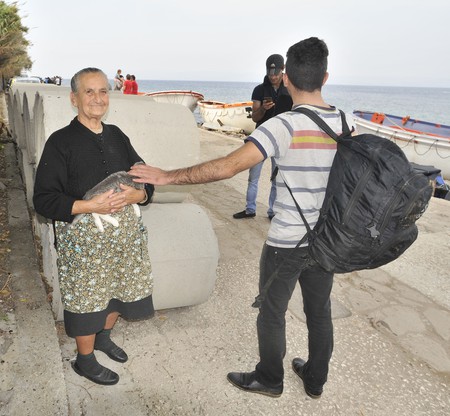 Refugee migrants, arrived on Lesvos in dinghy boats, they wait in refugee camps for the ferry to Athens | © Anjo Kan / Shutterstock

On the mainland, in the small village Idomeni by the Greek-Macedonian borders, thousands of refugees have set up home in temporary camps, waiting for the borders to be opened again. For several months, another Greek grandmother, Panagiota Vasileiadou, has opened her door to five refugees. Living on her monthly €450 pension, she takes care of her guests and cares for them with her income and whatever her children bring her. She also allows other refugees to come and bathe in her small bathroom. For her impromptu guests, who only know a few words of Greek, she is ‘Mama’, and a real gift from heaven. 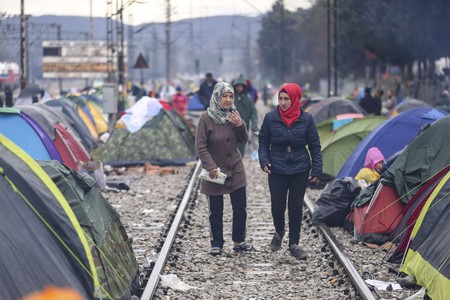 These heart-warming stories go on and on, like the that of the 30-something young Athenian professional who opened her home to seven Syrians, including a pregnant woman for several weeks after meeting them during her voluntary round at the Elliniko camp, or the thousands of volunteers giving a bit of their time to feed the refugees or teach the children.

Why, one would ask, Greeks are willing to do acts of compassion to strangers so ‘easily’? Probably because many of them are children or grandchildren of refugees.

After fleeing Turkey during the Greco-Turkish war in 1919-1922, many Greeks from Asia Minor arrived on boats and settled in the islands by the Turkish borders to escape the massacre of Christian Greeks. In 1923, both countries agreed on an imposed exchange of populations, obliging Greeks to leave their homes in Turkey and come to Greece. 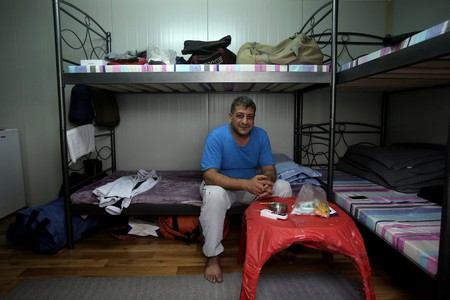 A man inside his container at a refugee camp in Ritsona about 80 kilometers north of Athens. | © Panayotis Tzamaros / Shutterstock.com

But as Greece already has a lot on its plate at the moment and with the rest of Europe making minimal efforts to accommodate some of the refugees within their borders, these gestures of solidarity and compassion from the Greek grandmothers and the population at large prove once more that it is perhaps those who have less who give more easily. And while not all Greeks are welcoming Syrians with open arms, people like Kamvisi, Vasileiadou and all the unsung heroes are real-life inspirations. 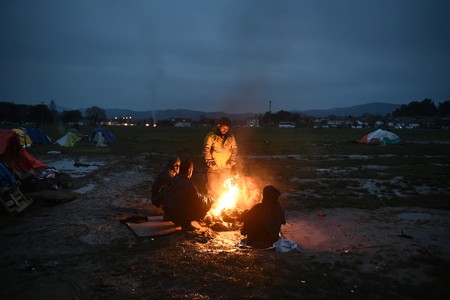 Stranded refugees try to warm up around a fire, in the makeshift camp at the northern Greek village of Idomeni at the Greek-Macedonian border | © Giannis Papanikos / Shutterstock
Give us feedback