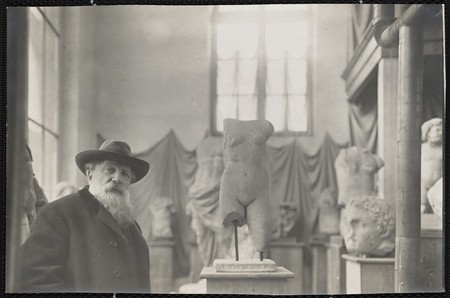 Rodin in his Museum of Antiquities at Meudon on the outskirts of Paris, about 1910 Photo: Albert Harlingue. | © Musée Rodin

Greece has a long and well-known history for inspiring artists and poets. The combination of beautiful light, striking nature and a welcoming atmosphere has fostered many creative minds that range from Byron to John Fowles to John Craxton to Rachel Cusk, and many more.

As a new exhibition at the British Museum in London explores, Greece also had a significant impact on the work of the renowned French sculptor Auguste Rodin. 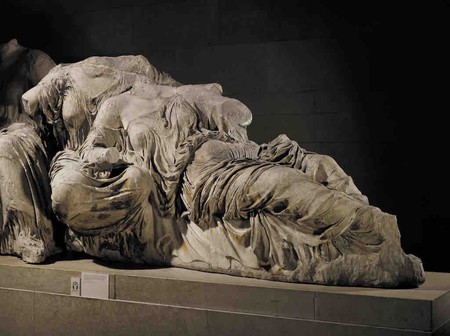 Goddesses in diaphanous drapery, figures L and M from the east pediment of the Parthenon, about 438–432 BC, Marble. | © The Trustees of the British Museum

Interestingly, Rodin found inspiration in Greece indirectly. Rather than visiting Athens, he discovered Ancient Greek sculpture in the British Museum. During his visits to London, Rodin would visit their collection, and he was reported to have been most inspired by the sculptures from the Parthenon, which he often sketched. He first visited the museum in 1881 and continued to go regularly until just before his death in 1917.

As the director of the British Museum, Hartwig Fischer explains: ‘Rodin, of course, is not alone in being inspired by the Parthenon sculptures, but few responded with his passion that was to last a lifetime.’ 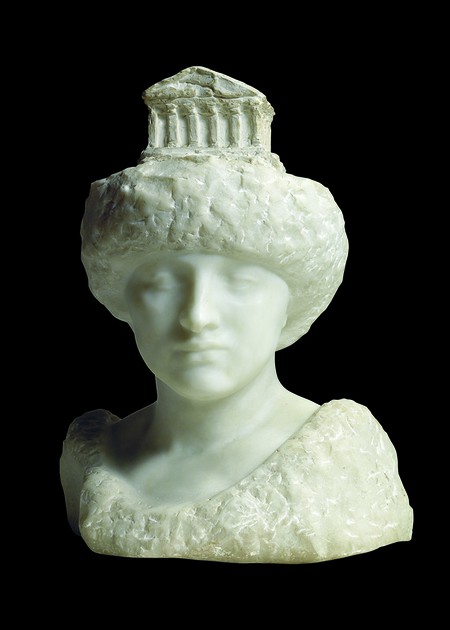 The influence that the Parthenon sculptures had on Rodin is extensive. From Rodin’s sketches, you can clearly see the way in which he responded to the movement and energy of these Ancient Greek creations. Translating this into his work, Rodin evoked the same fluidity and sense of life in his sculptures. Ian Jenkins, the curator of the exhibition, adds that ‘Rodin, however, took inspiration from the powerful expression that they conveyed through the body alone, as many of them were headless. He even removed the heads and limbs from his own figures to make them closer to the broken relics of the past. By doing so, he created a new genre of contemporary art – the headless, limbless torso.’ This focus on the body and its physicality is a strand that has come to define Rodin’s legacy today.

Rodin’s use of marble also references the great works of Antiquity. This is obvious in some of Rodin’s most iconic works, including ‘The Kiss’. Here two lovers are depicted in a state of eternal passion, with the marble emphasising the transcendence of their entwined pose. Although depicting the transgressive love of adulterous lovers Paolo Malatesta and Francesca da Rimini, who were consequently murdered by Francesca’s husband, the British Museum exhibition draws parallels between Rodin’s work and a scene of two female goddesses from the East Pediment of the Parthenon. In technical skill too, Rodin drew inspiration from the way of working, carving ‘The Kiss’ from one block of stone. The same approach was used by the ancient Greeks. 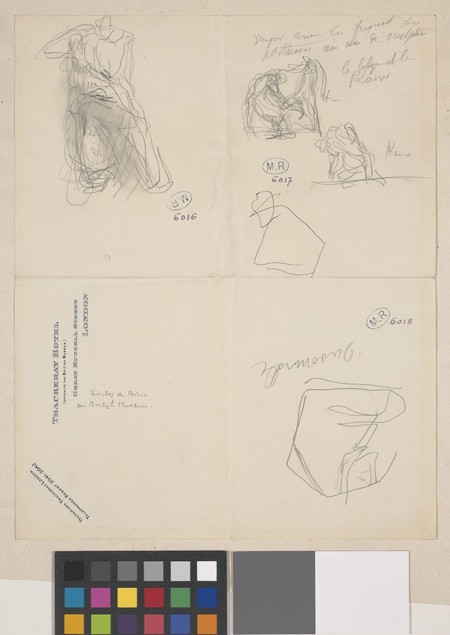 Auguste Rodin (1840–1917), Sketches including figure K from the Parthenon and a metope from the south side of the Parthenon, 20 February 1905. Graphite on paper. | © Musée Rodin

Other Rodin sculptures explore this Ancient Greek inspiration more explicitly. His work ‘Pallas (Athena) with the Parthenon’ was based on an original sculpture he made of his friend’s wife, Mrs Russell. In this updated work, the woman is depicted as the goddess Athena with the Parthenon on top of her head. In doing so, Rodin harnesses the symbolism and mythology of ancient Greece and married it with his contemporary experience, thereby emphasising his admiration and respect for his sitter as well as for the country that inspired him. 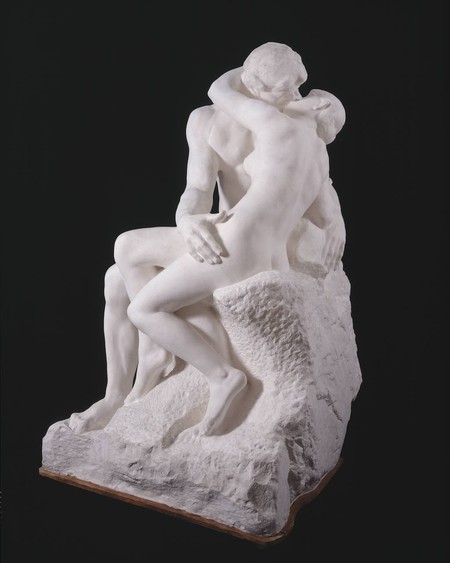 And so the impact of Greece can be seen in Rodin’s work, with the new exhibition at the British Museum offering an exciting new lens through which to view this profound French sculptor.

The exhibition Rodin and the art of ancient Greece runs from April 26 to July 29, 2018, in the Sainsbury Exhibitions Gallery at the British Museum. Sponsored by Bank of America Merrill Lynch.