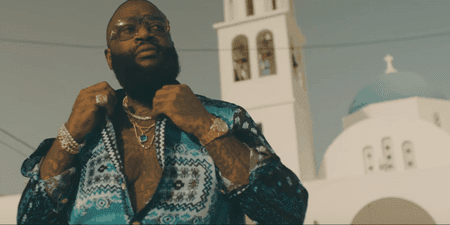 While US rapper Rick Ross’ latest music video, ‘Santorini Greece’, may have given the rest of the world major wanderlust envy, the residents of the little island have shown some indignation. Why? The music video features several scenes shot inside an Orthodox church.

Record label Maybach Music Group founder and rapper William Leonard Roberts II, also known as Rick Ross, has been enjoying a quick rise to stardom. From writing for the Slip-n-Slide label, he went on to release his debut album, Port of Miami, in 2006, which includes the #1 Billboard chart hit ‘Hustlin’’. The Mississippi-born rapper has since been releasing top-selling albums. Having collaborated since his early days with internationally acclaimed artists such as R. Kelly, T-Pain, Treyz Song and Nelly, he has continued to make a name for himself in the hip-hop industry, snapping collabs with Dr Dre, Jay-Z, Usher and others. 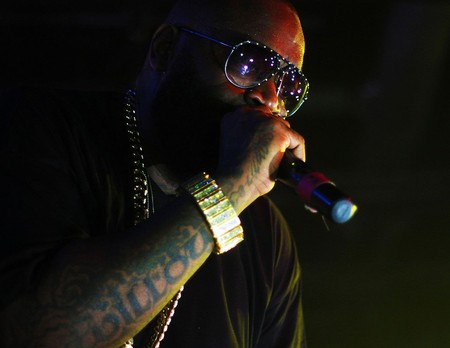 But his latest music video may darken the bright sky under which he lives. The Holy Metropolis of Thira, Amorgos and the Islands is threatening to seek legal action against the rapper for having filmed, without permission, parts of his video ‘Santorini Greece’ inside the church of St Eustratios Vourvoulos in Thira, Santorini.

Directed by Ryan Snyder, the video opens up with breathtaking views of the island, followed by shots of Ross lost in thought while overlooking the famous sought-after sunset. The video continues with scenes of the rapper in a beautiful house and on a yacht, before cutting to the infamous church scenes. While Ross understandably refrains from using curse words in those scenes, he is seen in front of the church’s altar dancing and singing in front of the Holy Temple, the Holy Cross as well as other icons, including one of the Virgin Mary. 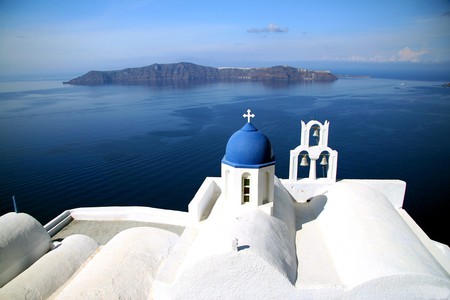 Following the release of the video, the Metropolitan Church of Santorini issued a statement in which it expressed sadness to hear that ‘the interior of the [Aghios Efstratios church in Vourvoulos] was used as a stage for the shooting of a video clip.’ But the holy institution is not the only one offended, as apparently several residents, who are reasonably tired of their homeland’s popularity, have pointed out that they appeared in the video without giving prior consent.

While the island is a popular summer destination, it is also an in-demand setting used for many fashion campaigns, ads and other promotional materials. But this is apparently the first time that someone filmed inside a church without asking prior permission. Whatever the outcome, hopefully, it will be a peaceful resolution.