Greek Musicians You Need To Know 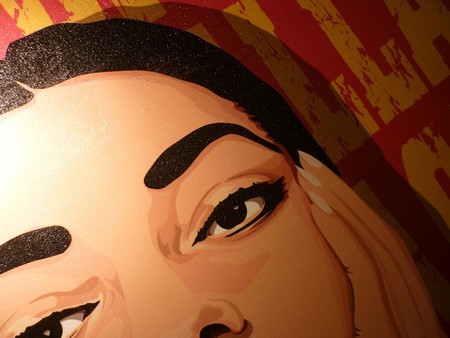 Greece has produced some of the top music artists and composers in the world. Discover some of the main Greek music ambassadors who have contributed to putting this country on the map from various sectors of the music industry.

Often dubbed the Kaftan King, Demis Roussos is best known for his solo hits in the 1970s and 1980s, which include Forever and Ever, Goodbye and Quand je t’aime. Member of progressive rock group Aphrodite’s Child, Roussos worked on the vocal adaptation of the score from the 1981 film Chariots of Fire, which had been composed by his very good friend, bandmate, fellow compatriot and composer Vangelis.

Nana Mouskouri hardly needs an introduction. And even if you have lived on a deserted island for the last 40 years, the name Mouskouri must ring a bell as she was recently recognized as one of the world’s best-selling music artists. Boasting of 50 years in the industry, this impromptu ambassador for Greece has sung in over 10 languages and recorded duets with various other international artists.

Vangelis is a world-renowned Greek composer, keyboardist, and multi-instrumentalist who focuses mainly on instrumental compositions and film scores, which he performs himself. People have always tried to categorize his music but it is too diverse and complex to define it. A true artist, Vangelis is also fond of painting and sculpting.

Eleni Karaindrou is a Greek composer known for scoring movies. Her first soundtrack album was released in 1979 for Christoforos Christofis’ movie Periplanissi. She then won an award at the Thessaloniki International Film Festival in 1982 when Greek film director Theo Angelopoulos served as president of the jury. From then on, the two collaborated together for his last eight films, from 1984 to 2008. A prolific composer, she has also collaborated with other screen directors such as Chris Marker, Jules Dassin and Margarethe von Trotta.

Opera singer Maria Callas was born Cecilia Sophia Anna Maria Kalogeropoulos in New York City on December 2, 1923 to Greek immigrants who eventually shortened their last name to Callas by the time of Maria’s christening. After relocating to Greece with her mother following her parents’ divorce, she made her professional debut with a Boccaccio production by the Royal Opera of Athens, which caused her to score her first major role with Tosca. Callas eventually gained international fame and made her Italian opera debut in 1947, and her American debut in 1954 in Norma. She slowly declined in the 1960s, eventually succumbing to a heart attack in Paris in 1977.

Born a summer night on the Greek island of Chios, in 1925, Mikis Theodorakis fought during World War II, and even was captured at the city of Tripoli. Following his release, he joined the EAM –the Greek National Liberating Movement – and participated in the Greek civil war from 1945-1949, always with the leftist parties of Greece. He was exiled for the first time in Ikaria in 1947, to later relocate to the island of Makronisos in 1948. Emergence of military dictator Georgios Papadopoulos in 1967 didn’t calm him and eventually he was sent to exile again. He became famous after composing the music for Zorba the Greek (1964), directed by Mihalis Kakogiannis as well as for Jules Dassin’s film Phaedra (1962).

Born in Xanthi on October 23, 1925 and later moving to Athens, Manos Hatzikadis collaborated with director Karolos Koun and wrote excellent music for plays alongside his work for the Greek National Theatre and for movies like Stella, femme libre (1955), Madalena (1960), Maiden’s Cheek (1959), and Alice in the Navy (1961). His fame went beyond the borders of Greece thanks to his collaboration with Melina Mercouri and Jules Dassin on the 1960 film Never on Sunday, for which he even won an Oscar. Another collaboration with poet and lyricist Nikos Gatsos sealed his fate as a major Greek composer, and together with Mikis Theodorakis they are credited to be the founders of contemporary Greek music.

Greek-born American conductor and composer, Dimitri Mitropoulos was born in Athens, and started showing strong musical capacities from a young age. While Mitropoulos was in secondary school, he would set up informal musical meetings at his house every Saturday afternoon; it is at that time that he wrote his first composition, a sonata for violin and piano, now lost. He later studied piano and harmony at the Odeon Conservatory in Athens, and after graduation went on to Brussels and Berlin until 1924, where he became a conductor of the Odeon Conservatory Orchestra in Athens whilst also conducting performances in Berlin and Paris. Mitropoulos made his American debut with the Boston Symphony Orchestra in 1936 to massive success. He was credited with a photographic memory and could lead rehearsals without a score.