Greece's "Anarchist" Restaurant, Where Every Employee is on the Same Salary 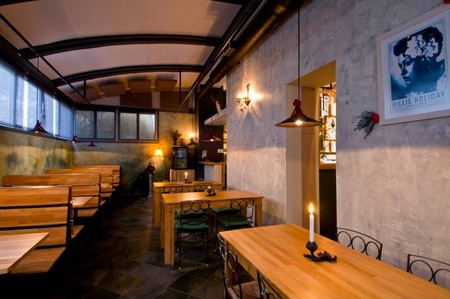 Exarcheia has long been Athens’ symbol of anti-establishment. It was here that students of the Polytechnic University started an uprising in 1973 against the military dictatorship and where weeks of riots took place in 2008, after the death of a teenager at the hands of the Police. But Exarcheia is also where the idea of a cooperative-led restaurant was born. Discover the story of Theio Tragi, a hip restaurant in this emerging district in central Athens, where all employees are paid exactly the same salary.

Located in the residential neighborhood of Petralona, known for its plethora of delicious tavernas and eateries, Theio Tragi (named after a novel by Greek writer Giannis Skarimpas), appeared on the food scene of the Greek capital in 2013. The punk bistro features a sleek interior decorated with strong attention to detail, and a menu of creative dishes, which contrasts with the traditional fare found in many of the neighboring establishments. But what makes Theio Tragi stand out, is not that obvious. The gourmet-style eatery is run by a 10-member cooperative where all employees, from the bartenders to the chefs and waiters, share an identical salary. As Marko Marmatakis, one of the three chefs of the restaurant, explains it, everyone’s contribution, whether it is cooking, washing the dishes or waitressing, is important. “Everyone is just as valuable as the next person, so we are all paid exactly the same,” he said in an interview with the Independent. Furthermore, roles at Theio Tragi are interchangeable. One member tends the bar one night and brings the food to your table the next. 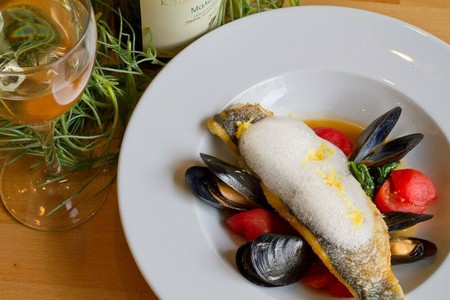 The founders of the restaurant met years ago in Exarcheia and bonded over common interests (including punk music) and values, so it was only natural that they would start a business that defies all odds, from reinventing traditional dishes and showcasing unique and innovative work ethics. The cooperative members all put money towards the project and found a place in Athens. And thanks to low rent and its convenient location, they found themselves in Petralona, a neighborhood known for its relaxed and low-key vibes, and virtually unknown to foreigners. As such, the clientele ranges from hipsters, local residents of all ages, to tourists and has been growing in popularity since its opening. So much so that the restaurant has an outpost on the island of Tinos for the summer.

But besides its equal pay, Theio Tragi shines thanks to its delicious menu. It’s no place for the traditional Greek salad here, but instead you can savor modern European cuisine with surprising dishes such as the beef terrine risotto with cocoa paste, banana and sage, or the pumpkin and quince soup. The cocktails are delectable and wine features grapes from Greece and abroad. Working as a cooperative allows the team to innovate and get creative. Theio Tragi is an excellent example of how the anti-establishment and anarchist generation is coping with the harsh economical crisis the nation is facing through creativity and resourcefulness. 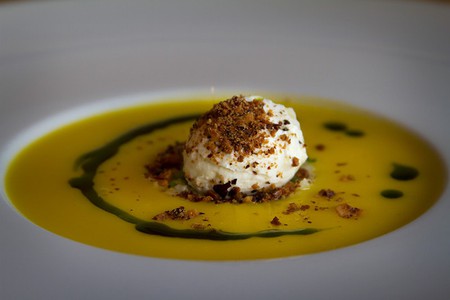