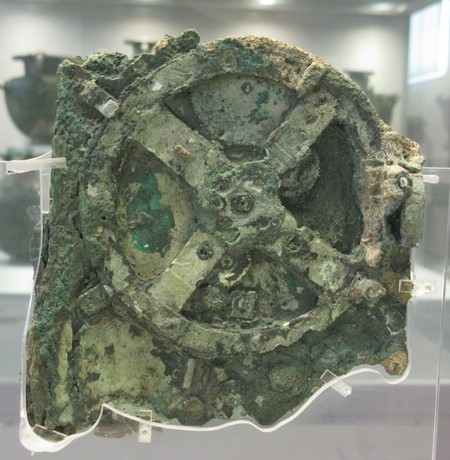 Exactly 115 years ago today, divers discovered an ancient wreck off the coast of the Greek island Antikythera. Among the statues and jewelry they stumbled on was what may be the world’s first mechanical computer, dubbed the Antikythera mechanism.

The ancient Greek technology is the subject of a Google Doodle today, bringing this feat of engineering back into the world’s attention.

The mechanism may not look like much now, but closer inspection by archeologists and scientists over the years have revealed it to be a series of gears laid on top of each other, all calibrated to work in a similar way a watch does. There are more than 30 bronze gears in total, all inside a box approximately the size of a shoe box. 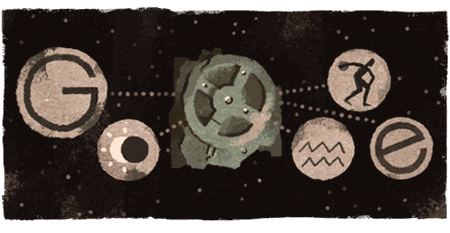 For a long time the purpose of the device baffled experts, but a Princeton science historian, Derek J. de Solla Price, concluded in 1959 that the mechanism was used to predict where the planets and stars were in the sky depending on the month.

“The mechanism is like a great astronomical clock … or like a modern analogue computer which uses mechanical parts to save tedious calculation,” Price said in Scientific American at the time. 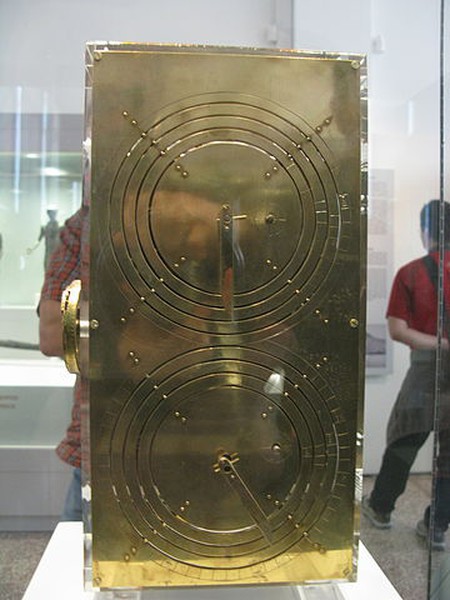 What the Antikythera mechanism is thought to have looked like | © Wikicommons.

It’s thought Ancient Greeks used the technology to chart the movement of the sun, moon, and planets and to predict eclipses, and even to work out when the next Olympic Games should be held. The device can also add, multiply, subtract, and divide.

The Antikythera mechanism is thought to be from around 85 B.C., but some studies suggest it’s even older than that. The cargo ship in which it was found is believed to have sunk around 60 B.C.

The device, which is crank-powered, features mechanisms that are as intricate as some 18th century clocks, way ahead of its time.

The Antikythera mechanism can now be seen at the National Archaeological Museum in Athens, Greece.