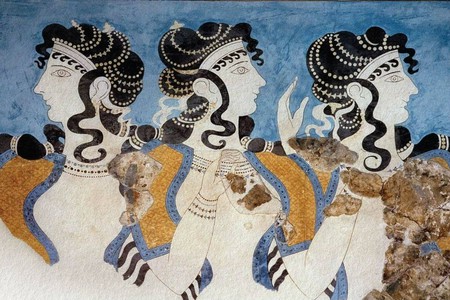 ‘Ladies of the Minoan Court’ from the Palace of Knossos, Minoan | Courtesy of W. W. Norton & Company

Emily Wilson is the first woman to translate Homer’s Odyssey into English, but her translations are about more than just gender. Culture Trip sits down with Wilson to discuss the art of translation and the importance of story.

Emily Wilson’s translation of Homer’s The Odyssey has been called “radically contemporary” and “fresh, authoritative and slyly humorous.” Translation is a challenging endeavor, which Wilson has accomplished beautifully. Her energy and joy for her work is evident. 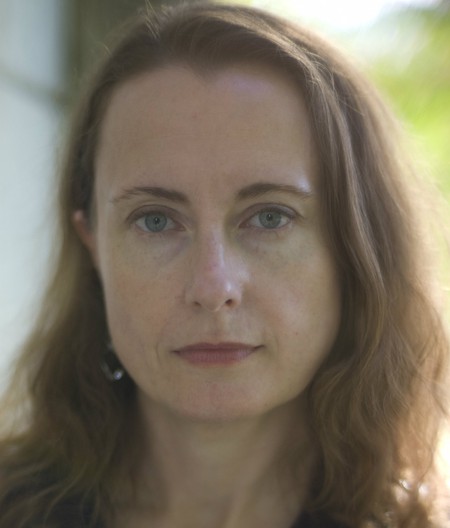 Culture Trip: August is Women in Translation month. Are you connected with other translators? What is it like translating classical works compared to more contemporary literature?
Emily Wilson: I went and talked at Bread Loaf’s Translators’ Conference at the start of the summer and I’m going to go back there next summer. It was a wonderful opportunity to get to know more translators from different languages.

I know there are plenty of conversations between [translation theorists] who think it is very important to have more translated works of women writers. I do think that, but for me personally, that is not something I can do. It is something I am very conscious of, but because of the nature of the texts that we have, it’s a whole different matter.

CT: You bring up an interesting point about what ancient works we have access to. We seem to be looking at a new age of translation where we are more aware of the dynamics of power in translation and the power a translator has with each word choice. It is more than word A equals word B. How have you seen that conversation take place?
EW: It’s not that the conversation is old; we haven’t only just realized. [The idea of literalness has been] an issue in translation studies for centuries, at least decades in a really conscious way. Within classical studies, that awareness has not really hit.

There’s still this idea of the literal translation, even though, in fact, we know that the word doesn’t correspond to anything in English. There is no word you could translate it by. Yet when you talk to [classicists], there is an emphasis on the ‘literal translation.’

More broadly, I think Anglophone culture tends to be monolingual. There are so many people in the US and the UK who only know one language, so they don’t realize that you don’t have an exact synonym across languages.

CT: Did you have any input in the images chosen for the cover of your edition of The Odyssey?
EW: The editor suggested the image. He really liked the idea of going with one of the Cretan wall paintings. I thought it was a great idea because it is a way of signaling a difference. It begins a kind of questioning of the text. It shows an interest not only in the adventures. The text focuses on the female characters, on relationships. And the colors are great.

CT: What was the translation process like with The Odyssey? Some translators are the first person to try and render a work in a particular language, but you could look at 60 other versions to see how other people did it.
EW: When I was doing my proposal for my translation, I looked at some other recent ones to try and figure out what was said there and what would justify doing yet another one: if I had something I wanted to do with the translation that was different than all the other translations that were already available. Of course, I wouldn’t bother doing it at all if it was just going to be another one. And then I realized I did have something I felt was going to be different than the others.

Once I was signed up to do it, I put those [translations] away and I didn’t look at any other translations for the next five years because I knew that it would be inhibiting. I just decided not to look at all.

I had already read quite a lot of Homeric scholarship. That makes my experience very different from translating a living novelist. There is plenty of scholarship out there already. I read commentaries. I was aware of certain debates that a translator of a living author would not be aware of.

CT: Some of that has to do with the place of mythology in the popular consciousness. How do you think new translations help the stories reach new audiences? And with retellings, like the Percy Jackson series, bringing these stories to younger and younger audiences functioning so differently.
EW: It is exciting to see college-age kids and younger getting very interested in mythology. Maybe that has always been the case. It is certainly very visible in our culture now.

It’s partly about finding these ‘big bad’ stories. Superhero stories are our time’s myths, but in some ways, they aren’t different from the ancient myths. It is about imaging one’s own struggles in epic poems. They are both mainstream and not mainstream at the same time.