Dining in Greece: A Guide to the Different Types of Eateries 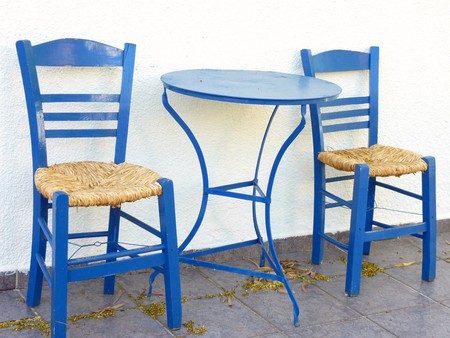 Eating in a foreign country may become an adventure if you do not understand the language or the different styles available. Greece counts many types of eateries in its culture; avoid any confusion or surprise with this guide to the various culinary venue so you know what to look for.

In an estiatorio (restaurant), you find oven-cooked dishes, grilled food and grilled meat called tis oras, cooked to ordzer), salads, and appetizers (or mezedes, plural of meze). These are virtually everywhere.

It should be noted that you can find restaurants, not estiatorio, but establishments, usually more upscale which specialize in gourmet Greek food or new modern Greek food, where staples of Greek cuisine are remastered and modernized.

A photo posted by Manas Kouzina-Kouzina (@manaskouzinakouzina) on Jun 5, 2016 at 3:19pm PDT

A psistaria is simply a grill house. Serving roasted lamb, steaks, kokoretsi, grilled or rotisserie chicken as well as salads and appetisers, the psistaria usually needs space, as the smoke from the grill shouldn’t bother passers-by and neighbors. You can find psistaria in less populated areas, such as Vari, Voula, Lavrio or even on Mount Parnitha.

The most common eatery is a taverna, which usually has a limited menu. It is usually open until late in the evening, frequented by people of all ages as it is usually here where groups of friends or family meet for long meals, conversations and of course liters of wine. The food served in a tavern traditionally includes grilled meat, appetisers, oven-cooked dishes, salads and fish.

And then there are psarotavernas (fish tavernas). These are found everywhere – although, in Athens, Mikrolimano and the area of Piraeus are famous for housing the best psarotavernas. Usually, you can try fresh fish, various appetizers and vegetables. Because of its seafood-focused menu, psarotavernas are prevalent on the islands and all along the coast of the mainland.

Ouzeries and mezedopolia specialize in small portions of food (meze) that are paired with ouzo, although beer and wines are available. Outside Athens, Volos and Thessaloniki enjoy a rich tradition in ouzo and mezedes, so if you get to go there, make sure to dine at one. Tsipouradika are ouzeries that specialize in tsipouro, another traditional spirit. These small eateries are easily recognizable by their smaller tables.

Another Greek cultural institution is the kafenia (kafenio in singular), or old-fashioned coffee shop. The clientele tends to be limited to older men, and you can find coffee, ouzo, beer and wine but the food menu is usually limited to mezedes.

As far as street food is concerned, souvlatzidika, or places that sell gyros and souvlaki, are the cheapest options for a meal. Quick, convenient and cheap, these are popular among all ages and are available everywhere in the city.

Finally, cafés or cafeterias are another type of eatery. These serve appetizers, sometimes popular dishes, as well as the usual suspects such as club sandwiches, burgers and wraps. Serving a variety of coffees ranging from Greek coffee to freddo espresso or the frappé, cafeterias sometimes have creative chefs who prepared lighter dishes and interesting salads.

Off the Beaten Path

On a smaller scale, Greece, and especially Athens, has seen an increasing number of ethnic (read non-Greek) restaurants such as Cypriot, Thai, Indian, Chinese, Japanese, Mexican, Arabic or Italian restaurants, with some of them offering fast-food style dishes with a Greek spin.