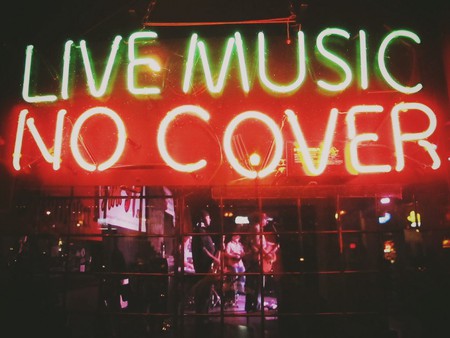 Greece has produced musicians well-known across the globe and the country continues to have a good dose of homegrown talent ready to be discovered. You may never hear them in your home country but you might discover their work online and decide to see them live during your next trip to Greece. Here are the top emerging Greek music artists you should listen to.

Kulamacus The Band is composed of five friends who also happen to be talented musicians. With a first album titled “Same Material”, the band introduced their music to the world of swing beats and positive vibes. Anyone who has seen them live can tell you that a gig by Kulamacus is like a party between friends. Don’t hesitate to see them at their next show. In the meantime, see for yourself.

Born in Kiev but raised in Athens, Jackie Faraoui, known by her stage name Lyone (pronounced “lion”), is a young electro pop-songwriter, and music producer. After beginning her musical journey playing classical music and piano, she moved on to focus more on electronic music. She released her first pop EP album in 2015, and continued in 2016 with her first electro-pop EP album Peace and Lovin. Writing every song from start to finish, her latest video clip was released in February 2017.

Someone Who Isn’t Me

This pop band is formed by a trio of women, Marilena Orfanou (synths, composer, guitar and vocals), Maria Hatzakou (drums, vocals) and Gina Dimakopoulou (guitar and vocals). With their first album set for release in 2017, Someone Who Isn’t Me (SWIM) have already proved that they mean business. Known for their love of analogue sounds, chaotic guitars and fake strings, they have already produced the end title song for the film Chevalier, which was directed by Athina Tsangari.

Nikos Mertzanos is the Greek Justin Bieber. The 19-year-old was a YouTube sensation in 2013 and is now releasing his first album by Feelgood Records. From romantic pop ballads to more alternative sounds, Mertzanos has succeeded in conquering Greece. We cannot wait to hear the full album but his first single, “Tetoies Meres” (These days) is already promising.

A talented celloist, Aris Zerva has already collaborated with many established artists, such as Haris Alexiou, Natasha Bofiliou, Monica or Moa Bones. His first album, “Pes Mou Almyri Mou Thalassa” (Tell Me Salty Sea), is a beautiful, poetic immersion into his world. The album carries a tender note, as he has included two songs his grandmother wrote as poems.

With the success of her first album, which she made in collaboration with Kosta Tsirka, Myrto Vasileiou made it into the ranks of the promising emerging Greek artists. Her clear voice, her engaging melodies and sensitive lyrics show that Vasileiou has a lot of potential. Check her page to try to catch her on her next live show if you can.

It may all have started with the band Gialinos Kosmos, but today, Pavlos Rebis confirms his presence in the Greek music scene with his album Vale Mousiki (Put Some Music). Including 10 tracks, the album was highly anticipitated.