Are the Legendary Acoustics of the Ancient Greek Theatre a Lie? 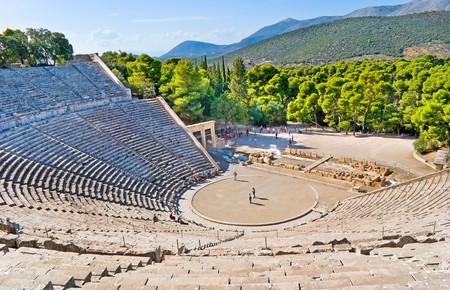 For years now, tourist guides have praised the wits of ancient Greek engineers and architects who built theatres with such extraordinary acoustics that a coin dropped on stage could be heard from the back row. But a recent study from the Eindhoven University of Technology seems to indicate that it’s a myth.

The Epidaurus theatre has been praised for its phenomenal acoustics for years now. Hosting the Athens-Epidaurus festival every summer where musical performances and theatrical plays are held in the ancient venue dating from 400 BC, it has seen thousands of visitors since it has been excavated and partially restored. Enter a team of researchers from the Eindhoven University of Technology who wondered if the famed acoustics of the theatre was for real. The team started to investigate the theatre of Epidaurus, as well as the Odeon of Herodes Atticus, dating from 200 AD and located at the foot of the Acropolis of Athens, as well as the theatre of Argos, also located in the Peloponnese and one of the largest ancient Greek theatres, dating from 200 BC. 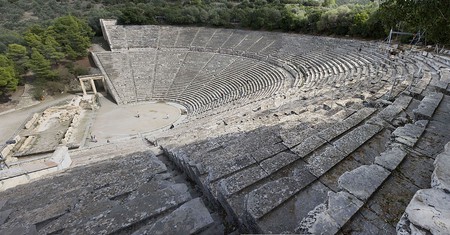 The theatre of Epidaurus | © Andreas Trepte/WikiCommons

The researchers undertook several readings from different spots inside the theatres to understand the acoustics. They proceeded with the readings at different times of the day since fluctuations of temperature and humidity have an influence on sound. The recordings included a variety of noises such as coins falling, a pieces of paper being torn and someone whispering, to examine speech audibility. Altogether, over 2,400 readings were taken, before the team examined the data to determine how far from the stage (also known as orchestra) the sounds could be heard. The results showed that even though the sound of a falling coin being dropped or paper being torn was audible across the whole auditorium, it could only properly be heard halfway up the rows of seats. Furthermore, speech was only intelligible in the front row seats.

The results of the study sparked a strong debate among scholars, which forced Remy Wenmaekers, coauthor of the study to comment that the study only took account of the current acoustics of theatres and could in no way determine the quality of acoustics 2,000 years ago. He also suggested that, in ancient times, theatres may have had backdrops behind the stage which would have helped bounce sound all the way to the back seats. 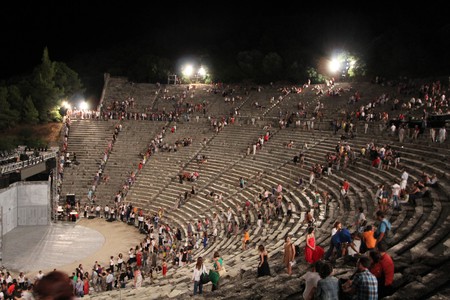 Musician and associate professor of classics at the University of Oxford, Armand D’Angour points out that while the current study may reveal the state of acoustics today, it couldn’t fully examine those of the past, as theatres have undergone considerable degradation over time.

Regardless of the results, one thing is sure. It is hard to imagine the magical experience of theatre-goers in ancient times.