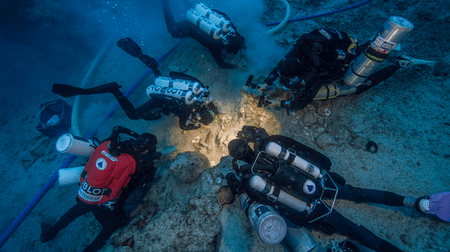 An international team of researchers have just discovered the remains of a 2000-year-old skeleton during excavation works on the Antikythera shipwreck, dating the remains to around 65 B.C. The wreckage of the ancient Greek cargo ship is located off the coast of Antikythera in the Aegean Sea. This is the first skeleton this old that could still contain traces of DNA; if extraction proves successful, the DNA studies could allow us to understand the lifestyle of that era.

The research was conducted by archeologists and technical experts from the Hellenic Ministry of Culture and Sports and the Woods Hole Oceanographic Institution (WHOI). The team discovered a human skull (including a jaw and teeth), legs, ribs, and some arm bones. The rest of the remains are still buried in the sediment. Archaeologists study human history through artefacts, and according to WHOI marine archaeologist Brendan Foley, the discovery of the Antikythera shipwreck skeleton (which the researchers have baptized Pamphilos, meaning ‘friend of all’) would make it possible to learn more about the people on board. 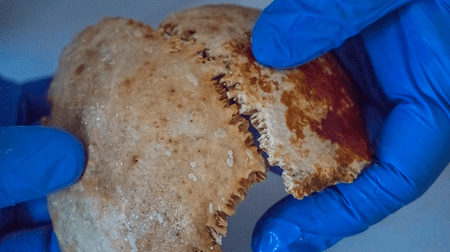 The Antikythera shipwreck is the largest wreck dating from antiquity. Discovered around 1900–1901 by sponge divers from Symi, the wreckage has yielded many treasures, including marble and bronze sculptures and statues, ceramics, jewelry, and other artefacts, now on display at the National Archaeological Museum in Athens. The most important discovery, however, remains the Antikythera mechanism, an artefact regarded as the world’s oldest computer. Subsequent excavation work was conducted by Jacques-Yves Cousteau and the CALYPSO crew at the invitation of the Greek authorities. On that occasion, more than 300 objects were recovered, though many were in bad condition.

This latest discovery, made on August 31st, will be examined fully thanks to advanced technology. Preliminary analysis has already pointed out that Pamphilos was a young man in his late teens or early twenties. Further DNA analysis should reveal more specific details such as hair or eye color, though it is still unclear how much more scientists will be able to tell us. 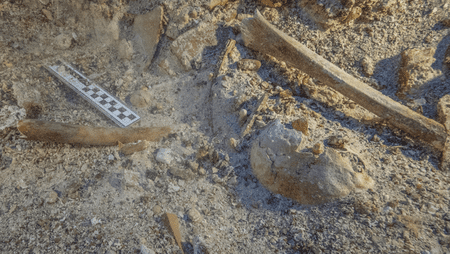 Pamphilos’ remains at the Antikythera shipwreck | Courtesy of Brett Seymour, EUA/WHOI/ARGO
Give us feedback