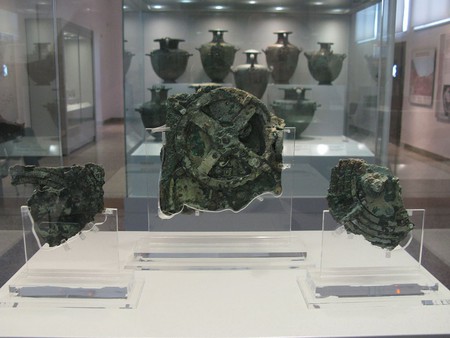 A little over a century ago, an extraordinary discovery was made. Sponge divers found a mysterious device at the bottom of the sea off the shores of the island of Antikythera. From the get-go, the device intrigued the international community specialized in the ancient world. What was it – an astronomical clock? An orrery? Or something else? Here is a brief introduction to the Antikythera mechanism, considered the world’s oldest computer.

It all began in 1901. A group of sponge fishermen diving off the coast of Antikythera, a beautiful little island located between her bigger sister Kythera and Crete. While looking for sponges, they stumbled upon a bronze hand on the sea floor. It was the first object of a series of discoveries found in the wreck of a merchant ship, on its way to Rome, probably in the year 70 BC. Very quickly the underwater booty –which comprised bronze statues, antique coins and jewelry – was brought to the surface and examined by a team of experts. Compared to the rest of the wonders found undersea, there was nothing special about item 15,087. It is only a shoebox-sized bronze machine with a complex system of 30 intricate wheels, after all. But the interest of historians and archaeologists was piqued. Three corroded fragments form the content of the box, with some of them containing inscriptions in ancient Greek.

For many years, scientists and archaeologists were not able to study the mechanism in depth due to its frailty. But they managed to date it between the second or early first century B.C., and decided it was meant to track the cycles of the Solar System.

Thanks to technological advancements, the inner workings of the mechanism were unveiled. Just like a clock, the hands displayed celestial time, with one for the Sun, one for the Moon and one for the planets visible to the naked eye – namely, Saturn, Jupiter, Mars, Mercury and Venus. The case had a knob or handle on one side to wind the mechanism back or forth. It also appears the inscriptions found on the device are meant to explain the rising of the stars that rose on any particular date.

The recent uncovering allowed engineers from the University of Thessaloniki to reconstruct the device as accurately as possible. This replica was on display at Geneva earlier this year. And though some new light was shed on the astronomical tool, a few questions went unanswered. Indeed, scientists are still unable to pinpoint who invented the machine and what its function and significance were, as it seems unlikely that the astronomers of the time needed to know the speed of stars. One hypothesis is that it served as an ancient astronomy calculator to show the four-year cycle of the early Greek athletic competitions considered to be the ancestor of the modern Olympic Games, as the various inscriptions engraved on the device list names linked to the cycle of the Olympiad.

However new research has pointed out that the device may not be Greek as was previously thought, but Babylonian. To this day, the Antikythera mechanism still holds mysteries that the scientific and archaeological communities hope to uncover in the near future. If you’d like to see this intriguing device in person, the 82 fragments are kept at the National Archaeological Museum in Athens, Greece. 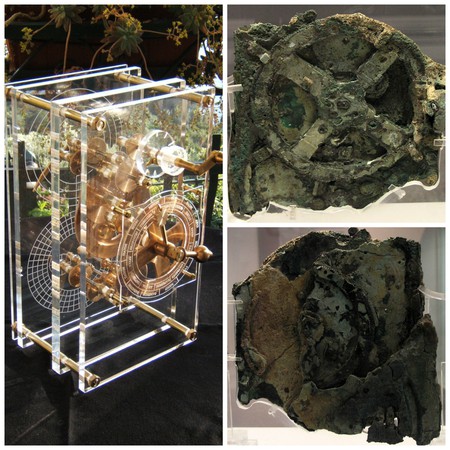