Anafiotika: A Unique Island-Village in Greece 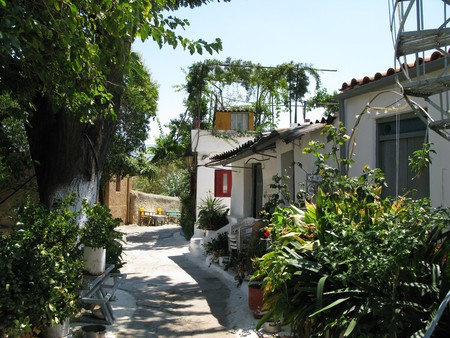 The city of Athens is home to spectacular gems, such as the Temple of Olympian Zeus, the Roman Agora and, of course, the Acropolis with its series of monuments, including the Parthenon. But there is another little gem that stays hidden for many tourists. Perched on the hill right above Plaka and under the shadow of the Acropolis, lies dormant the little village of Anafiotika.

This unique neighborhood in the capital was constructed in the 19th-century, when king Otto, sovereign of the newly established Greek monarchy, decided to revamp the new capital. He invited masons and carpenters from the Cyclades, and notably from Anafi, as Anafiots were thought to be the best builders at the time. The islanders settled on the northern slope of the Acropolis, calling their district Anafiotika, which means the little Anafi, after their homeland. 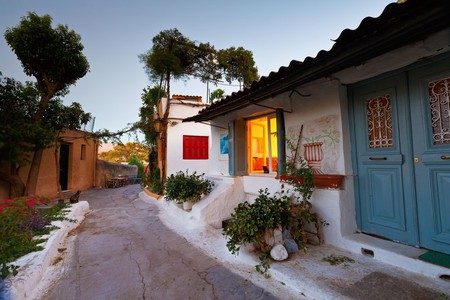 Mimicking the Cycladic architecture, with its stark white cubic houses, flat roofs and colorful shutters and doors, Anafiotika is truly a little island in the Greek metropolis. 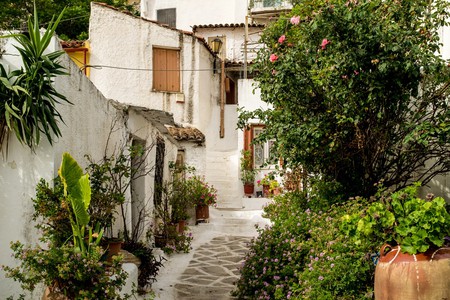 However, most of the village was destroyed in the 1950s for archaeological research and today, roughly 60 houses remain, which are well worth a visit. 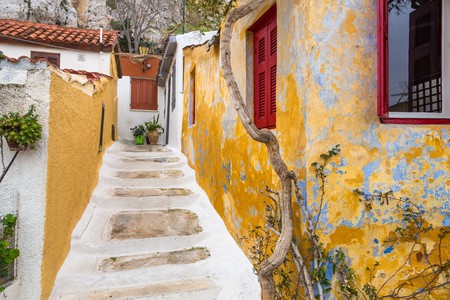 Furthermore, Anafiotika is home to a few Byzantine churches worth a visit. First is Agios Giorgos tou Vrachou (Saint George of the Rock), on the southern edge of the village, which is still in use to this day since being built in the 17th-century, while Agios Simeon church is nestled on the western border of the village and is home to an icon of Virgin Mary Kalamiotissa, thought to have miraculous powers. The 11th-century church of the Metamorphosis Sotiros (Transfiguration of Christ) has a grotto carved into the Acropolis, which is dedicated to Agia Paraskevi. 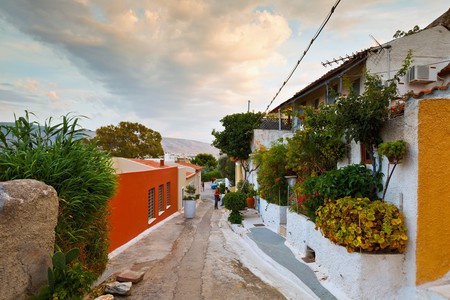 If you are visiting Athens and find yourself in the vicinity, we highly recommend you take the time to explore this little oasis where you can escape the crowds of busy Plaka and take in unique views of the Athenian jungle and the Lycabettus hill. 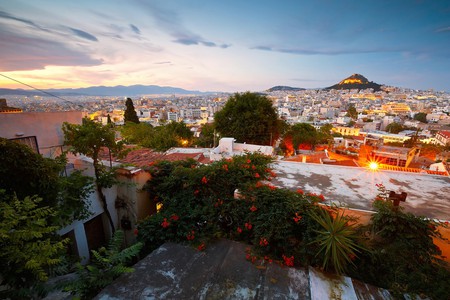 Wander through the narrow streets of Anafiotika, admire the many bougainvillea-covered walls but don’t forget to snatch some shots of the Acropolis from a different perspective. 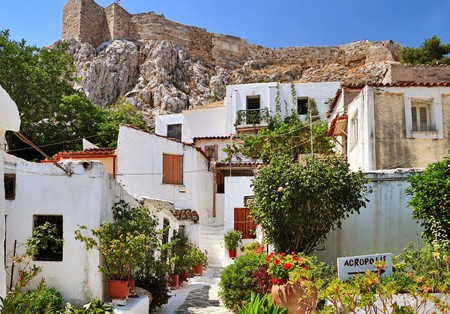