An Ode to the Periptero, Greece's Answer to Convenience Stores 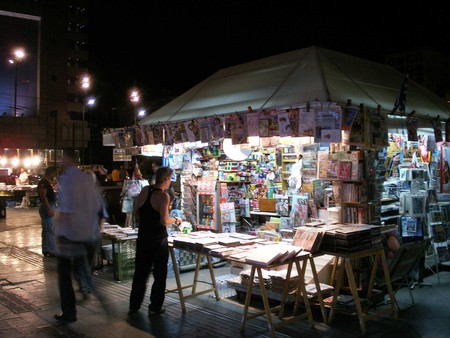 If you’ve ever been to Greece, you must know what a periptero is. For those who haven’t, a periptero is simply the Greek equivalent to a kiosk that you can find virtually in every city, town and village across the country. The heart of every neighbourhood, the periptero is on the verge of disappearing. Here is a bit of history on the Greek kiosk, the periptero.

Found on every corner of the streets and avenues of the Greek capital, to even the smallest village in central Greece, the periptero is more than just a kiosk where locals can buy newspapers, magazines or gum. Some of these little boxes go as far as selling maps, cigarettes (it is actually one of the few places where you can find them), key rings, snacks, prepaid phone cards and even over-the-counter drugs like painkillers and aspirin. Regulated to cover only 1,3 m x 1,5 m, these pocket-size convenience stores usually have three windows and one door, from where the peripteras, or kiosk operator, comes in and out. 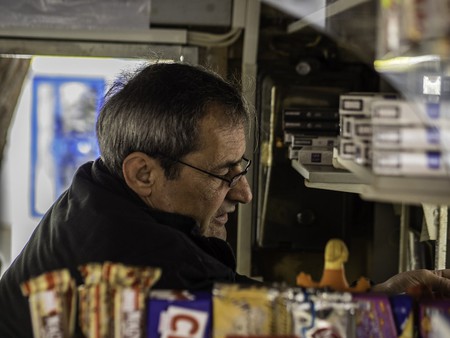 Big refrigerators stand in a row next to the kiosk, where customers can find drinks, ice cream, yogurt and anything that needs to be refrigerated. You can even find books, toys and small gadgets. Usually open for long hours, some even 24/7, the periptera (plural of periptero) adapts to its neighbourhood. Therefore, it is not surprising if in Syntagma Square, the heart of the city, you find a periptera with foreign press and even souvenirs, whereas a periptero in a more residential area of Athens won’t sell The Economist, for example.

The first periptero opened on Panepistimiou Street in Athens in 1911 and we are pretty sure it would still be standing today if it hadn’t been sunken in by the construction work for the metro line in 1997. Once given by the state to war veterans, disabled people or families with many children as state support, periptera were considered property to be passed down to children and grandchildren until a law in 2015 changed this and now stipulates that once a periptero license terminates, it cannot be renewed. This means that many periptera are bound to disappear in the following decade. 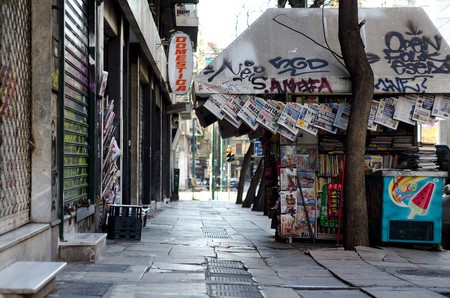 But beyond the convenience it offers, the periptero is also the life of a neighbourhood, where the owner knows everyone and is always ready to provide the juiciest gossip or talk politics or sports. It is also the ideal place if you need directions to a certain place. People looking for a job often ask the local peripteras for tips in case they have heard about openings and university students drop by and leave their contact information for those looking for remedial lessons for their children. Of course, as almost any business in Greece, the periptera, at almost 12,000 in the whole country, were hit hard by the economic crisis, since people can find some of the same items at a cheaper price in nearby supermarkets. In Athens, out of the 1,080 kiosks, nearly half have closed down and around 300 have been abandoned. Some have been removed by municipalities and pretty soon, they will be a memory of a not-so-distant past. 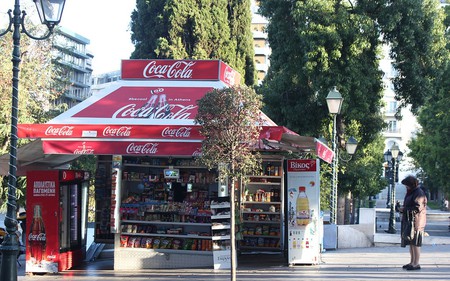 Slice of life in Athens | © Nagarjun Kandukuru/Flickr
Give us feedback